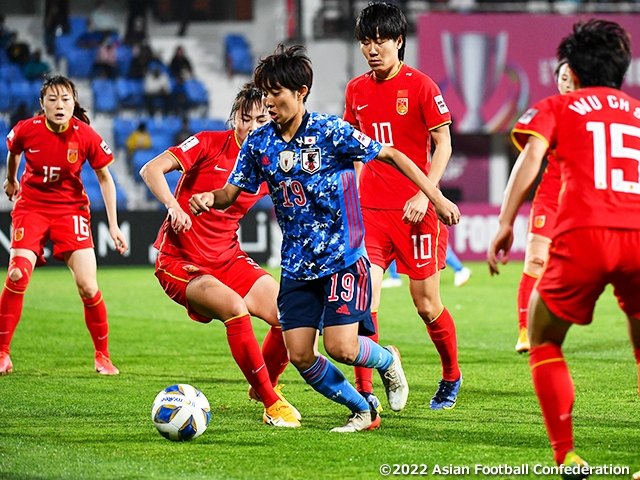 In search for their third consecutive appearance in the AFC Women's Asian Cup final, Japan made three changes to their starting line-up since the quarterfinals played four days ago, as NORIMATSU Ruka (Omiya Ardija VENTUS) started as the left full-back, with HAYASHI Honoka (AIK Fotboll) and NAGANO Fuka (Mynavi Sendai Ladies) paired as the defensive midfielders, while IWABUCHI Mana (Arsenal) and UEKI Riko (Nippon TV Tokyo Verdy Beleza) were named as the two strikers upfront.

Japan started the match with great aggression, as MIYAZAWA Hinata (Mynavi Sendai Ladies) struck the first shot 20 seconds into the match. Ueki and Iwabuchi also made attempts to threaten the opposing goal, while China PR had their first chance created from a corner kick in the 20th minute, but Japanese goalkeeper YAMASHITA Ayaka (INAC Kobe Leonessa) was there to make the save. 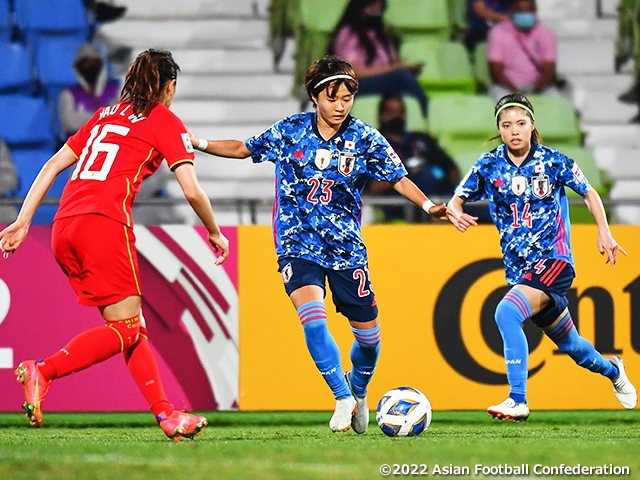 With SHIMIZU Risa (Nippon TV Tokyo Verdy Beleza) continuously making effective runs down the line, Japan score the opening goal in the 26th minute. The goal came when Iwabuchi passed the ball to Miyazawa, who delivered a fast driven cross towards the near-post, allowing Ueki to flick the ball into the goal with a header.

In efforts to rally back, China PR made two changes during halftime and managed to equalise in the 46th minute, when WU ChengShu converted a cross from the left side.

In the 64th minute, coach IKEDA Futoshi made the change to bring in ENDO Jun (Angel City FC) for Iwabuchi, which led to an opportunity created in the 74th minute, where Endo delivered a cross towards the centre, allowing HASEGAWA Yui (West Ham United) to setup the shot of Ueki, but her attempt went just wide of the goal.

After both sides failed to score the decisive goal in 90 minutes, the match entered overtime, where Japan continued to showcase their dominance, as Hasegawa struck a powerful shot that deflected off the cross bar. In the 103rd minute, Hasegawa delivered a well-placed free kick to allow Ueki to score her fifth goal of the tournament with a superb header.

However, China PR rallied back in the 119th minute, when WANG ShanShan capitalised on a cross sent from the left side, sending the match into a penalty shootout.

While Japan failed to convert their first and fifth spot kick, China PR converted all but one to win the shootout and claim their ticket into the AFC Women's Asian Cup final. 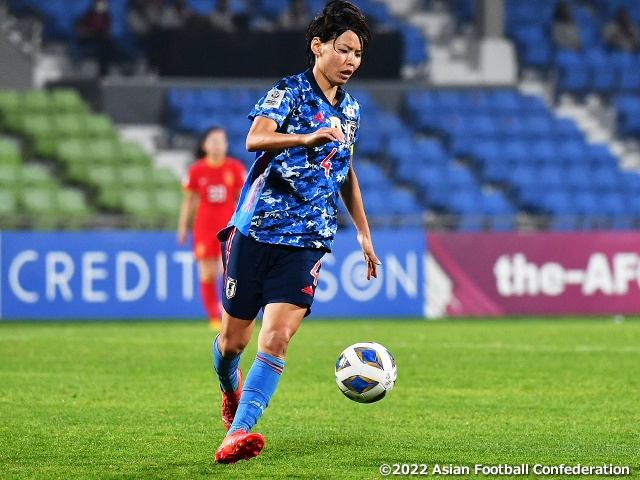 IKEDA Futoshi, Coach of Nadeshiko Japan (Japan Women’s National Team)
This is a painful loss, but we must accept this result. I would like to congratulate China PR on their victory, and we must learn from this defeat. After the match, I told the players that I was satisfied with their efforts and that we should accept the result and continue to improve as a team. Of course, fatigue became a major factor as time went on, but that was also the case for our opponents. We need to become more critical in the final third and be able to change our approach to control the game depending on the circumstance. 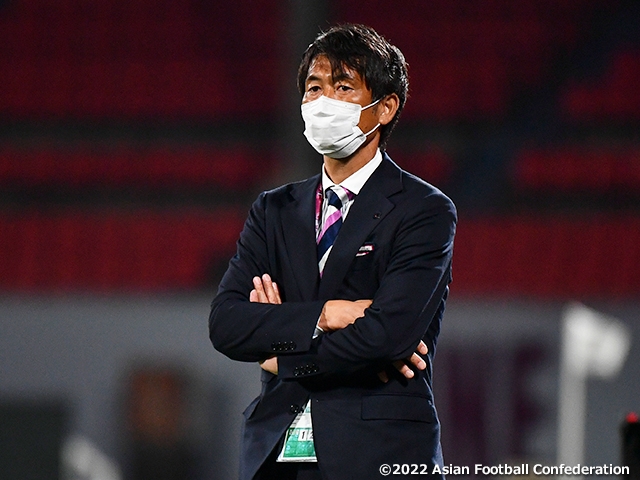 DF #4 KUMAGAI Saki (FC Bayern Munich/Germany)
This was a match we had to win. It was apparent throughout the tournament that we have a lot to work on in order to compete against the top teams in the world. In that sense, this was a great reminder for us that we need to work even harder ahead of the FIFA Women's World Cup™, both as a team and as individuals. Although we were able to possess the ball and score goals, we weren’t able to withstand our opponent’s attacks. Of course we had limited time to prepare, but to be honest, I am very disappointed with our showing in this tournament. In order to compete at the world stage, we must acknowledge that we failed to win here in Asia.

MF #23 MIYAZAWA Hinata(Mynavi Sendai Ladies)
It was a difficult match, but I am disappointed that we have lost. However, we don't have time to be disheartened. We need to improve ourselves both as a team and as individuals, so that we can all come together again. (Reflecting on the first goal) I received the ball deep in the opposing territory, so I focused on delivering the ball between the defence line and the goalkeeper, which resulted in the goal scored by (Ueki) Riko. The intensity level is at a different level (when playing in international competitions), so I hope to make the most of this experience and strive to become a player who can compete at the highest level.

FW #19 UEKI Riko (Nippon TV Tokyo Verdy Beleza)
The result speaks for itself, and I am very disappointed, especially knowing that I had plenty of opportunities to score in the second half. In the scene where I scored the first goal, I made my run as soon as the ball was delivered to (Miyazawa) Hinata, and she delivered such a great cross that I just had to tap it in. The second goal also came from a great delivery made by (Hasegawa) Yui-san. I was given the opportunity to play upfront with many players, and everyone communicated with me in a way that made me feel comfortable. I will continue to do my best to create chances for the team.

Top five teams from the knockout stage will qualify for the FIFA Women's World Cup Australia & New Zealand 2023™.
(*If Australia is one of the top five teams, the sixth-place team will also qualify.)