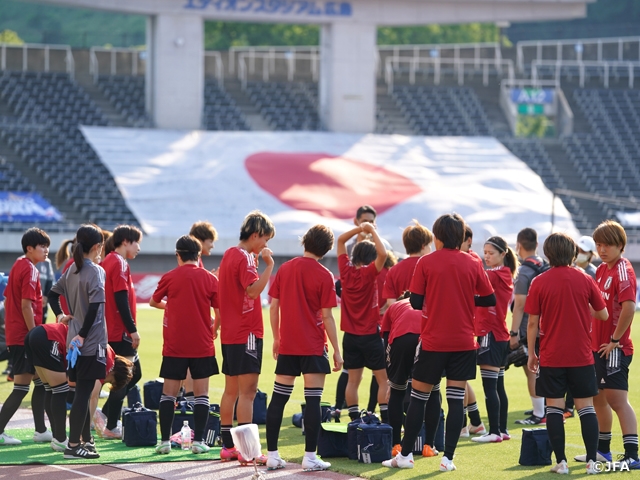 The training session started at 17:00, as the players were seen going through their warmup routines before getting into pairs to conduct their passing drills. The GKs went through their own drills, as they were seen going over their positions against corner-kicks and cross balls from the flanks.

The players were then divided into groups based on their positions, as the midfielders worked on their early crosses, while the attackers tried to finish the deliveries. The session was open to the media for the first 15 minutes, but then went behind closed doors, as the team went through their tactics ahead of the match.

The Ukraine Women's National Team, who arrived in Japan on Monday 7 June, also held their official training session, as they took the field at 19:00. Same with the Japanese team, the session was open to the media for the first 15 minutes, before going behind closed doors.

The international friendly match between the Nadeshiko Japan and Ukraine Women's National Team will kick off at 15:15 on Thursday 10 June at Edion Stadium Hiroshima.

TAKAKURA Asako, Coach of Nadeshiko Japan (Japan Women's National Team)
Following the international matches played in April and the training camp held in May, the team is gradually picking up its pace towards the Tokyo Olympics. We hope to share the team concept with the players joining from abroad and enter this match against Ukraine as one team. Regardless of what the match throws at us, I hope our players stay flexible and make the necessary adjustments to control the match. As much as I would like to see our team improve on the collective side, I hope to see our players make spectacular plays at the individual level as well. 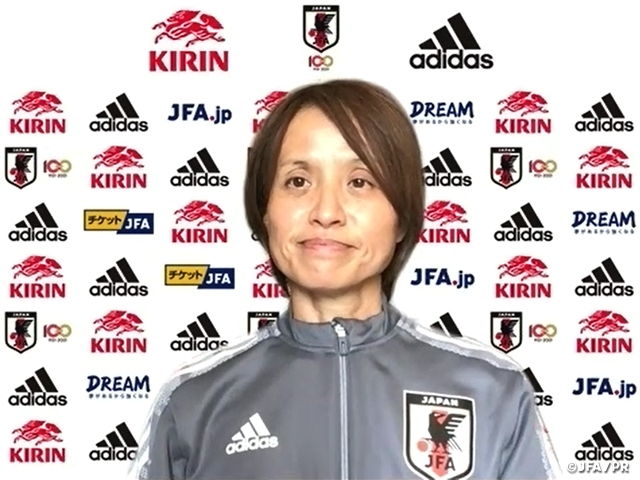 DF #4 KUMAGAI Saki (FC Bayern Munich)
We had an intense training session yesterday, but the players seem to be in great condition ahead of this match against Ukraine. Our time is limited with the national time and with the current situation with COVID-19, it makes it even harder for us to communicate with each other off the pitch, so we must make the most of our time on the pitch. This match is an important opportunity for us to prepare for the Olympics, so we hope to make challenges that would help our team reach a higher level. We will continue to polish the quality of our plays both as a team and as an individual. 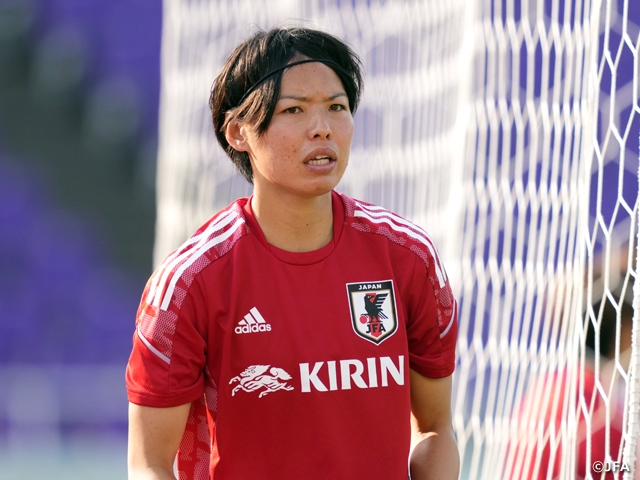 MF #14 HASEGAWA Yui (AC Milan)
I had some extra time after my last match at Milan, so I was able to get plenty of rest before joining the national team. I had to travel long distance, but I am in fine condition. After joining yesterday’s team training session, it reminded me how easy it is to play with other Japanese players. Although we must prioritise results at the national team, we must also not forget to challenge ourselves. While we make our efforts to win the match, we will also make challenges to improve the overall level of the team. 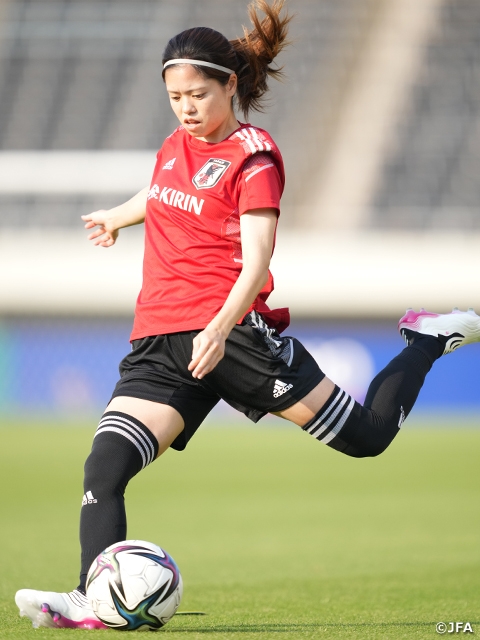 FW #11 TANAKA Mina (Bayer 04 Leverkusen)
This is an important training camp ahead of the Olympics, so I will focus on fulfilling my duties, make the most of each day, and give my best efforts at each training session, so that I can earn my spot on the final 18-player roster. I am here as a challenger, so I have nothing to lose. The past six months I spent in Germany has been a positive experience for me, so I hope to play with high intensity, showcase my ability to create chances, and score goals in tomorrow’s match.

Natalia ZINCHENKO, Coach of Ukraine Women's National Team
We feel very fortunate to be given this opportunity to face a wonderful team like Japan. This shall be a great learning experience for not only the players, but for the coaches and staffs as well. We are grateful to be getting the invitation to play in Japan. We are grouped with Spain and Scotland in the European qualifiers for the FIFA Women's World Cup Australia & New Zealand 2023™. We think that Japan is at the same level as Spain, so we hope to make the most of this experience and try to gain something from this match.