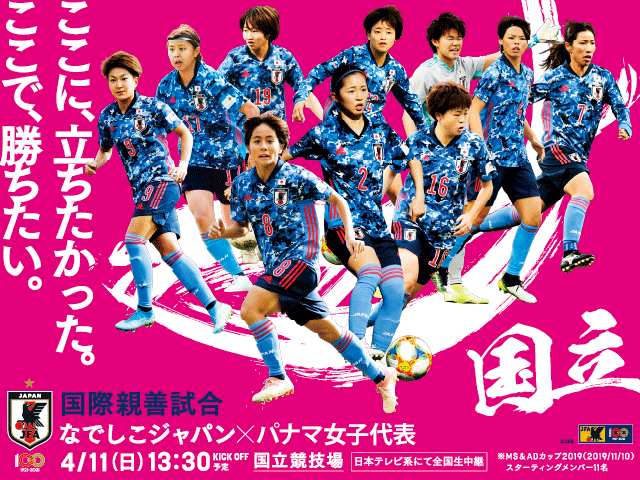 Panama Women’s National Team
◇FIFA Ranking (As of 18 December 2020): 59th
It will be the first time the two sides will face each other.

It has been determined that we will be facing the Panama Women’s National Team for the first time. Including our match against the Paraguay Women’s National Team on the 8 April, many people have worked tirelessly to make these matches possible and we are truly grateful for their efforts. We will be facing Panama three days following our match against Paraguay, which is the same match interval as the Tokyo Olympics group stage. With that in mind, we will make the most of this opportunity to find the best way to travel, rest, and prepare during the given time frame, so that we can showcase a better performance in the second match. It means a lot for us to be able to play in these two international friendly matches, and it adds more value when we are playing at the “football Mecca” Japan National Stadium, which is also the stadium that will host the final at the Olympics. I want my players to visualise themselves playing at the Olympic final and showcase an outstanding performance to make a case for themselves to be selected into the final roster for the Olympics.