The grand finale between Reds and JEF to take place on the 27th! Who will claim their first title - Empress's Cup JFA 43rd Japan Women's Football Championship

The tournament final of the Empress's Cup JFA 43rd Japan Women's Football Championship is scheduled to take place on Sunday 27 February, after a month and a half interval since the semi-finals. A Nadeshiko League side and a youth team were among the semi-finalist in this tournament, but the final will be played by two teams from the WE League.

Following the previous two years, Mitsubishi Heavy Industries Urawa Reds Ladies (WE League/Saitama) have reached the final for the third consecutive year. Since the 31st Empress's Cup in 2009, the team has reached the final five times (2009, 2010, 2014, 2019, 2020), but has finished as the runners-up on each occasion. This year, they are determined to end the streak and take home the cup.

The Reds have shown great tenacity in winning tight matches to reach the final this year. Following their 1-0 victory over Iga FC Kunoichi Mie (Nadeshiko1/Mie) in the fourth round, they defeated Sanfrecce Hiroshima Regina (WE League/Hiroshima) at the quarterfinals and Cerezo Osaka Sakai Ladies (Nadeshiko1/Osaka) at the semi-finals with a score of 2-0 and 1-0 respectively.

SEIKE Kiko and NAOMOTO Hikaru have registered a goal piece under their names thus far, while SUGASAWA Yuika, who is tied at the top of the scoring charts in the WE League, has also scored two goals in this tournament. All four of these goals have come after the 77th minute mark, showing that the Reds offence have been rewarding the team’s defence by scoring the decisive goals late in the match.

JEF United Ichihara Chiba Ladies (WE League/Chiba) on the other hand will be playing in their second final since the 34th Empress's Cup in 2012. Last time they reached the final, they were beaten by INAC Kobe Leonessa (WE League/Hyogo) after conceding the game winner from a set-piece during additional time of the second half, giving them plenty of motivation to do well in their first final in nine years.

JEF started the tournament with a 1-0 victory over Orca Kamogawa FC (Nadeshiko1/Chiba) in the fourth round, before defeating the four time defending champions Nippon TV Tokyo Verdy Beleza (WE League/Tokyo) 3-0 in the quarterfinals. The team then claimed a 1-0 victory over Nippon TV Tokyo Verdy Menina (Kanto/Tokyo), a youth team who had made a remarkable run in this tournament, to reach the final.

Since drawing against Mynavi Sendai Ladies in the league on Saturday 9 October, JEF have been unbeaten in 10 official matches (seven wins and three draws) leading up to the Empress's Cup final. The team has kept three clean sheets, with KAMOGAWA Miho (two goals), OSAWA Haruka, FUJISHIRO Maho, and IMAI Yurina scoring goals in the tournament thus far. 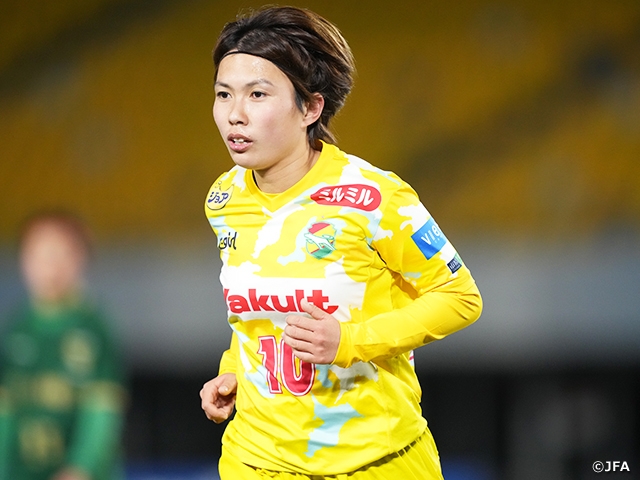 The two teams have also played in the final of the Nadeshiko League Cup in 2017, with their first title on the line, and it was JEF who claimed the title with a dramatic goal scored during additional time of the second half.

Most recently, the teams squared off on Sunday 31 October in match-week seven of the WE League. In this match, JEF took the initiative with goals from TANAKA Mariko and Osawa, while limiting the Reds with just one goal scored by Sugasawa, to earn a 2-1 victory.

Given that the two teams have not conceded any goals in this tournament, all eyes will be on who scores the first goal in the final. For the Reds, Seike has scored three goals in the last two Empress's Cup matches against JEF (2014 and 2020), while Sugasawa has scored in four consecutive league matches against JEF dating back to a Nadeshiko League fixture played in November 2019. On the other hand, JEF will be looking to Osawa, who is just one goal behind Sugasawa (five goals) in the race for the WE League scoring title.

The final will be played at Sanga Stadium by KYOCERA on Sunday 27 February, with a kick-off time of 14:00. For the first time in 11 years, a new queen will be crowned in the Empress's Cup, since INAC Kobe Leonessa claimed their first title in the 32nd tournament in 2010. We hope you will join us to witness this historic moment. 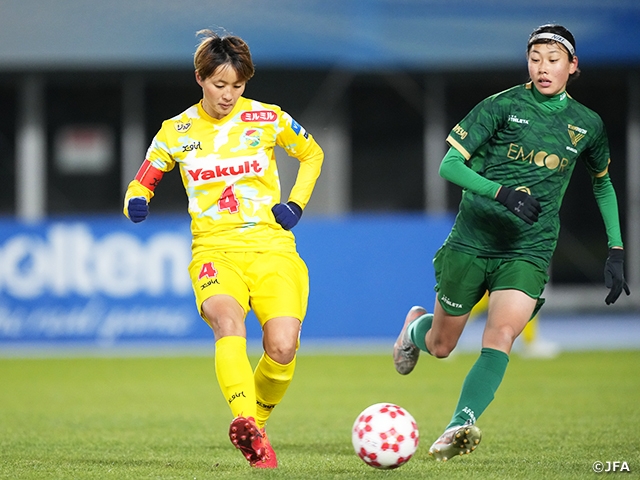