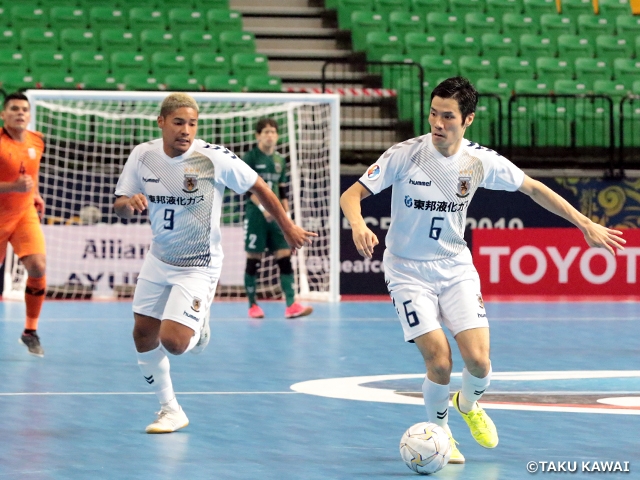 With both teams already clinching the final round, Nagoya had to win against the Iranian side to take the group lead. In this pivotal match, Nagoya elected to start an experienced line-up with SEKIGUCHI Yushi defending the goal along with the four field players of HOSHI Ryuta, YOSHIKAWA Tomoki, PEPITA, and HOSHI Shota.

Despite conceding some close opportunities to their opponent, Nagoya played superbly to start off the match and took the initiative. The opening goal came in the eighth minute, when NISHITANI Ryosuke delivered a pass to Hoshi Shota, who setup the goal scored by HIRATA Neto Antonio Masanori.

The defensive approach employed by Nagoya showed its effectiveness, as they continued to take control of the match. In the 13th minute, Hoshi Ryuta forced a turnover deep in the opposing territory and struck a shot. The shot was blocked by the goalkeeper, but Pepita was there to convert the opportunity and double the lead. Mes Sungun responded by scoring a goal within the first half to make it 2-1 at halftime.

Nagoya continued to create opportunities in the second half but struggled to convert their chances in the early minutes. While the team struggled to score goals, Hoshi Ryuta was shown the red card in the eighth minute of the second half, after committing a foul in their own half. 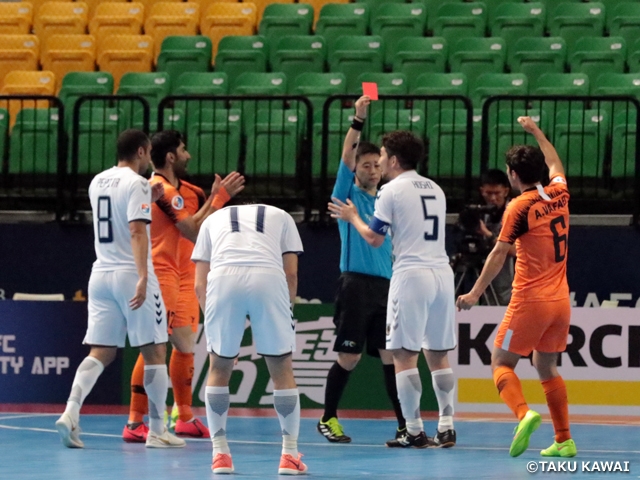 While playing with a man down, Nagoya conceded the equaliser.

Although Nagoya had to play without Hoshi Ryuta, who was their key player in both offence and defence, Pepita and ANDO Ryouhei combined well to score the go-ahead goal in the 15th minute. With time running out, Mes Sungun initiated their powerplay to equalise the match, but Nagoya defended well to keep their lead intact and won the match 3-2. After winning all three matches at the group stage, Nagoya advanced to the final round as the leader of Group D.

At another group, Thai Son Nam (Vietnam) also marked three wins to advance through as the leader of Group B. SHIMIZU Kazuya, a member of the Japan Futsal National Team, scored two goals for the Vietnamese side to help the team in this victory. 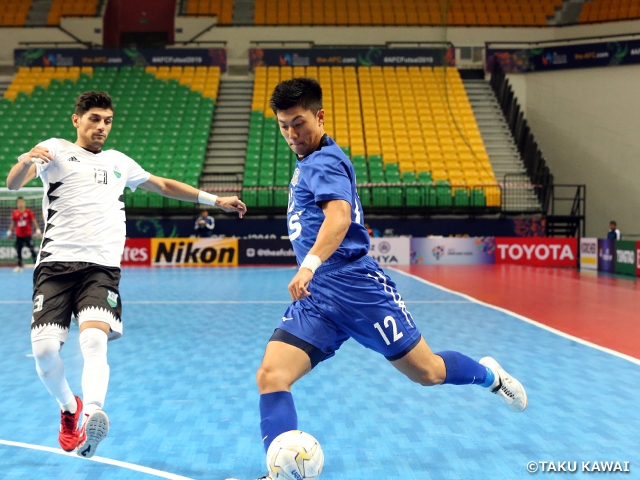 FUENTES, Coach (Nagoya Oceans)
The players worked hard to earn this result. They showed great mentality to fight through the entire match. I believe both teams have given their best efforts in this match. I am glad that we were able to win the match, and this match has given us a great learning experience that will help us in the future matches. We must compete with the available players and give our utmost efforts in the next match. We cannot afford to sit on our laurels, and we must give 100% in order to win.

FP #7 ANDO Ryouhei (Nagoya Oceans)
I am glad that we were able to advance through as the group leader. I was injured prior to this tournament, so I wasn’t able to train with the team, but I was getting myself prepared mentally. (Hoshi) Ryuta’s ejection had a huge impact on the team, but I feel like I was able to fill in the hole for him. I am prepared to play for longer minutes. I have the impression that Vamos FC can initiate quick counterattacks, so I will stay alerted against their counters.

FP #9 HIRATA Neto Antonio Masanori (Nagoya Oceans)
I was not satisfied with my performance in the first two matches, so really wanted to do well in today’s match. By scoring my first goal of the tournament, I feel like I was able to regain my confidence and bring momentum into the upcoming matches. Although I was not in the starting line-up, I was able to observe our opponents and analyse their plays before stepping onto the court. My priority will always be set on the team’s victory, and I hope to help the team with my performance. If I can do that, I feel like the goals will just follow.

FP #12 SHIMIZU Kazuya (Thai Son Nam)
We faced the Iraq Futsal National Team at this same arena at the inaugural U-20 AFC Futsal Championship and lost the mach. So, I had extra motivation to play against a team from Iraq. There is no such thing as an easy match, and we have seen our team develop through each match. I have joined this team as a foreign player, so I will continue to energise the team and give my utmost efforts to do my job to help the team win.