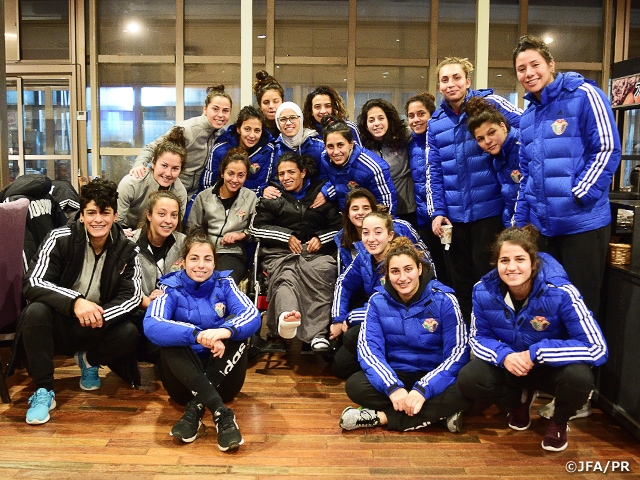 The Jordan women's national team held a training camp from Saturday 20 to Sunday 28 January in Gotemba city, Shizuoka. The training camp was held in preparation for the coming AFC Women's Asian Cup in Jordan in April. They held practice games against the U-18 JFA Academy Fukushima women's team and Nojima Stella KANAGAWA.

OKIYAMA Masahiko, former Coach of Jordan women's national team and the current instructor of the JFA Academy, paid a visit to encourage the visiting team. Despite the heavy snow they have encountered, the team were able to enjoy sightseeing in Gotemba and Tokyo, having productive time off the pitch as well. 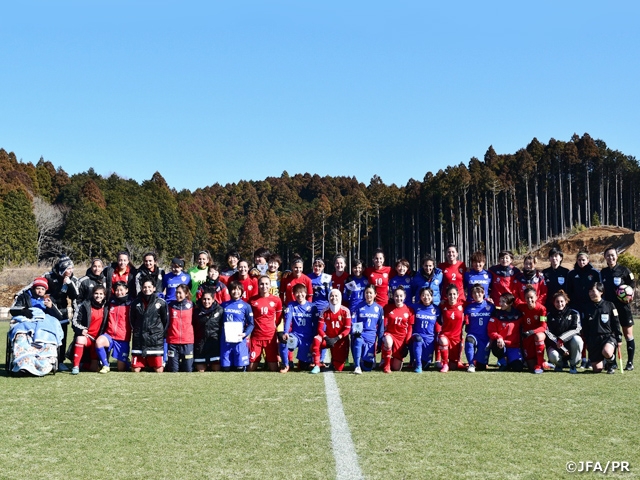 Michael Dickey, Coach
The Japan Women’s National Team came to Jordan to hold a training camp last November. This time, we, the Jordan women's national team, had the opportunity to train in Japan. It snowed heavily during our stay, and there were times we couldn’t use the pitch. However, we managed to hold the practice games, thanks to the staff at the facility, ground managers, and the staff of the JFA. I’m grateful to all the people that helped us.

In the first game against the JFA Academy, we couldn’t perform 100% due to the unfamiliar pitch condition. However, in the second game against Nojima Stella, we created numerous goal-scoring opportunities from quick attacks. Having said that, we lacked in quality in front of the goal, and that as a result made the difference. We’d like to hold another trip after returning to our country in preparation for the AFC Women's Asian Cup in April. We might meet the Japan Women’s National Team and when that happens, we’re hoping to show off an improved version of our team.

Al Naber Stephanie
We visited Japan a few years ago, and the Japan Women’s National Team held a training camp in Jordan last year. I’m glad that Japan and Jordan has been able to sustain a healthy relationship. We trained and played our matches near Mt. Fuji, which is the symbol of Japan, and that made it much more meaningful to come to Japan. Through the matches, we learned what we could achieve and what we needed to improve. It was a very productive training camp. We’d like to create a huge impact in the AFC Women's Asian Cup in Jordan in April. 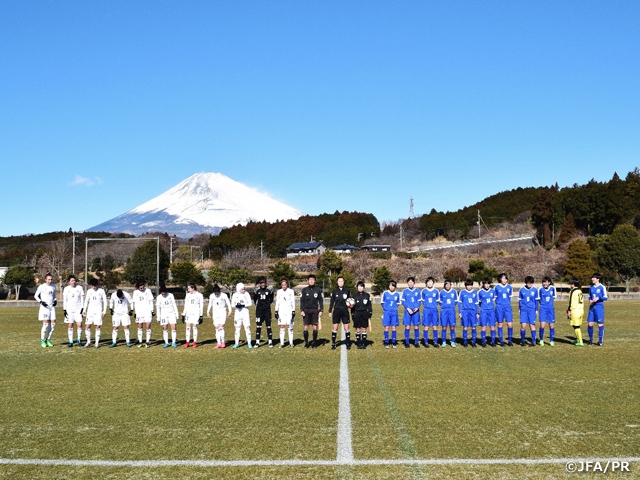