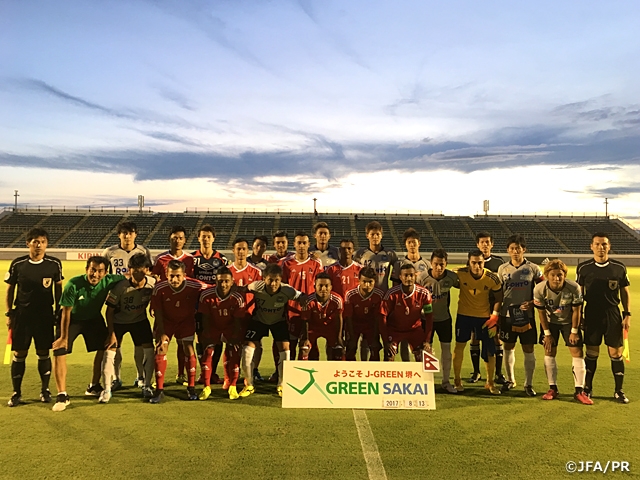 Nepal National Team held a training camp from Saturday 12 and Sunday 20 August in Kobe and Osaka. Federal Democratic Republic of Nepal had significantly suffered from the earthquake in April 2015 and this camp was organised as a part of international aid and relief and programme “Japan-China Forest and Tree Planting International Solidarity Project” promoted by the Ministry of Foreign Affairs of Japan.

Staying at J-GREEN Sakai in Osaka Prefecture, Nepal National Team will pay a visit to Kobe city, where the Great Hanshin Earthquake struck in 1995, inspect disaster prevention facilities and exchange ideas with those who had been affected from the disaster, and play a disaster relief friendly match with Vissel Kobe U-18. Furthermore, through this afforestation programme, the team is expected to deepen their understanding of Japanese disaster prevention technologies and environment protection at the same time fostering the international ties between Nepal and Japan to coordinate their reconstruction efforts. 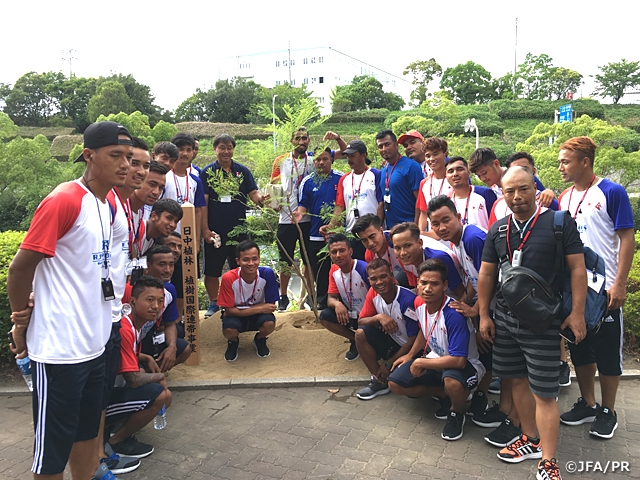 The results of training matches held until Wednesday 16 August are as follows: 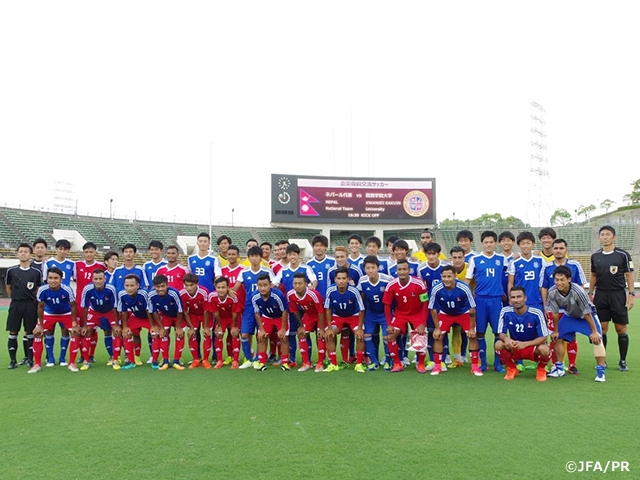 GYOTOKU Koji, Coach
I am satisfied with the well-planned schedule. I have been managing the team for one and a half year, and I believe our players have a deeper understanding of each other than simply the words can express. Two years have passed since the earthquake, but unfortunately, Nepal is still struggling with their reconstruction efforts. The national stadium is not yet ready for use, and the national team cannot host any international match at home. Working under such environment, I believe that the camp in Japan will certainly strengthen the team and hope that the success of our team will help the reconstruction efforts in the nation as well. Furthermore, the staff should not forget the objectives of this camp. I am also grateful that the training matches were arranged in accordance with the current level of our team. We are having a wonderful experience that we cannot have in Nepal, and I sincerely wish we could regularly hold a training camp in Japan as well.

Birat Jung Shahi, Manager
Visiting to the disaster prevention facilities and the on-site presentations we received were highly informative for the Nepalese people who were significantly affected by the disaster two years ago. I would like to share this information with my colleagues once I return to Nepal. Furthermore, I believe that we can strengthen the team by playing training matches in Japan ahead of the qualifiers of the AFC Asian Cup UAE 2019 next month. We are tested by having training matches with the Japanese teams with players having high level of physical ability and excellent football techniques, but I believe we are competing quite well against the tough opponents as well.