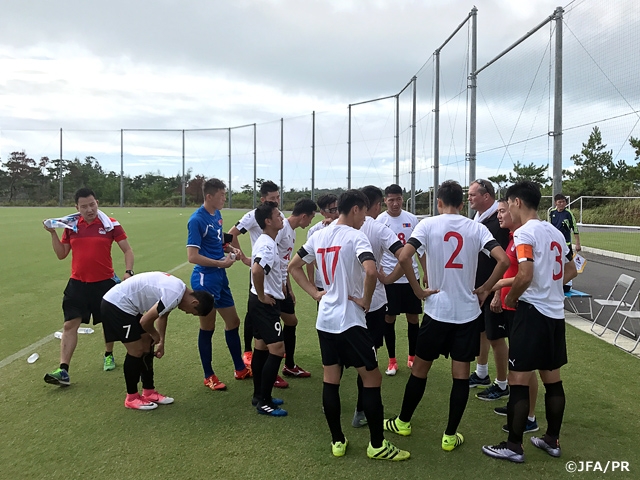 Mongolia National Team held a training camp for nine days, from Sunday 15 to Monday 23 of October, mainly based in Yomitan-son and Kincho, in Okinawa prefecture. The purpose of this camp was not to prepare for a coming championship, but to hold intense training in a high-level environment and to further strengthen the team.

The team received a warm welcome by the staff of the Okinawa Amateur Sports Association and the people of Yomitan-son, where the players stayed during the camp. They had three training matches. Other than that they watched a match in the Meiji Yasuda J3 League, visited the Okinawa Churaumi Aquarium, and had a walk around Zampa beach. The team also attended the JFA Kids Football Festival as special guests, where the players were able to spend a relaxing time with the kids. This Festival was hosted by the Okinawa Football Association. 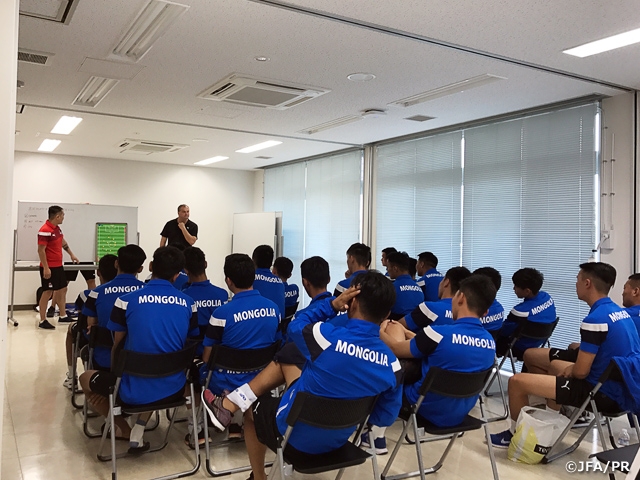 HANS MICHAEL WEISS, Coach
I would like to thank all the people who supported/welcomed us and gave us the opportunity to hold this training camp in a great environment in Okinawa. I feel so delighted about the fact that we could train on such great natural-turf pitch, which is much better compared to the pitches in Mongolia. I’m extremely satisfied with the accommodation as the hotel staffs were very kind and the meals were delicious. We were able to hold this wonderful training camp thanks to the support from many people, including the members of Okinawa Football Association, the opponent teams, and the local people who welcomed us with open arms. I will never forget their hospitality. I cannot be happier if our team can continue to hold a training camp in Okinawa next year and the year after that as well. Thank you very much for all your support.

NARANBOLD NYAM-OSOR
I am very pleased that we were able to hold a training camp in such warm city like Okinawa. We are usually based in Ulaanbaatar, where the temperature has already dropped below zero even during the daytime. Playing football in the environment where the temperature reaches around 30 degrees meant a lot to us. I look forward to coming back to Okinawa, and play football again.

BAYARJARGAL OYUUNBAT
I was really looking forward to this training camp, as it had been quite a while since the last time I visited Japan. Through this camp, we realized what we are able to do and not do against the Japanese teams. Most of all, I truly had a great time playing football in this wonderful weather in Okinawa. Thank you very much. 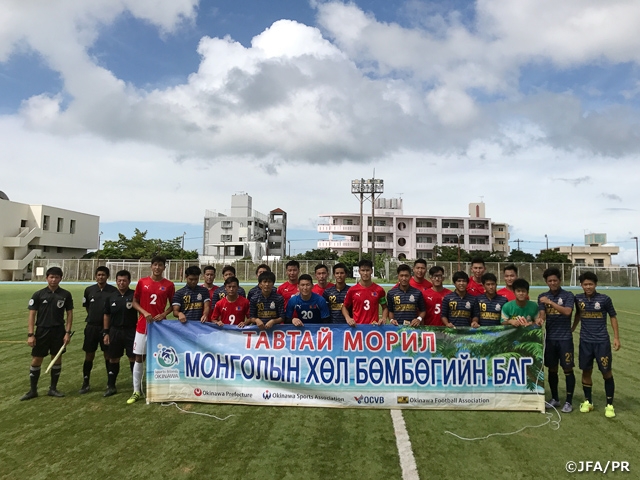