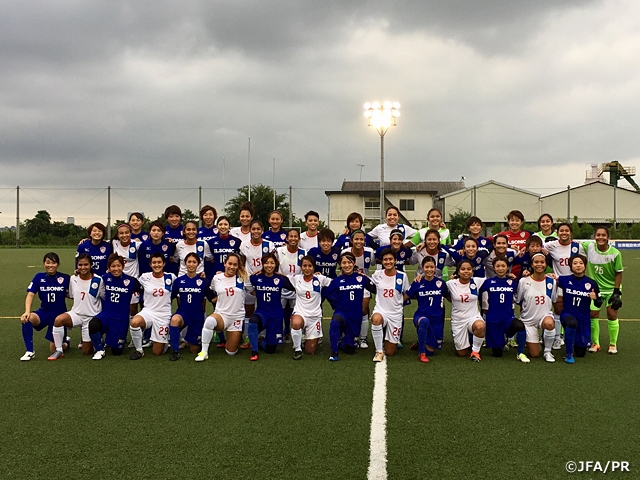 The camp was aimed at strengthening the team for the 29th Southeast Asian Games which has been taken place in Kuala Lumpur, Malaysia from 14 August 2017. During their stay, the national team had three training matches.

In the aforementioned tournament, Philippines Women’s National Team beat hosts Malaysia 2-1 in their opening game, but fell 3-0 to Vietnam in their subsequent match. The team will face Myanmar in their third match on 22 August 2017.

Marnelli Dimzon, Coach
The Philippines Women's National Team are truly grateful for the productive time spent at Seisa Hakone Sports Club. From the training grounds to the food service were more than enough to aid us in our preparation for our upcoming tournament. We appreciate Seisa staff for treating the team as part of a family and also JFA for allowing the Philippines Women's National Team to do the camp here in Japan. Our stay in Hakone Sports Club will definitely be an unforgettable team experience. We admire Japanese football which we consider to be the best in Asia. Our friendly games helped us to learn the high standard of game in Japan and to determine the things we need to improve. We are hoping someday we can reach the level of Japan Women's football.

Patrice Impelido, Captain
I am very pleased to have our first training camp abroad in Japan. During the training camp, we had friendly games against Nadeshiko League Division 1 Team ‘Nojima Stella Kanagawa Sagamihara’ and many other potent teams that we cannot usually face in the Philippines. We have learned a lot from playing these games. This was my first time visiting Japan, and the climate in Hakone was milder than in the Philippines. Also, all the staff of the training facility were hospitable and made our stay very comfortable. We gained a valuable experience not only in football but also from getting to know Japanese culture and cuisine and meeting with many friendly people here. I would like to thank all the people who supported this camp.

Inna Palacios, Player
I would like to thank the staff from the training facility. They were very kind to us and the facility was kept clean. We did not find any difficulty staying here. The training room, shower room and dining room were all located nearby and all the players enjoyed their stay here as well. In the friendly games, every opponents we faced were tactical and had a clear strategy of how to play the game. I have learned a lot from playing these games and this camp turned out to be a wonderful experience for myself and the team as well. I would like to come back to Japan again. 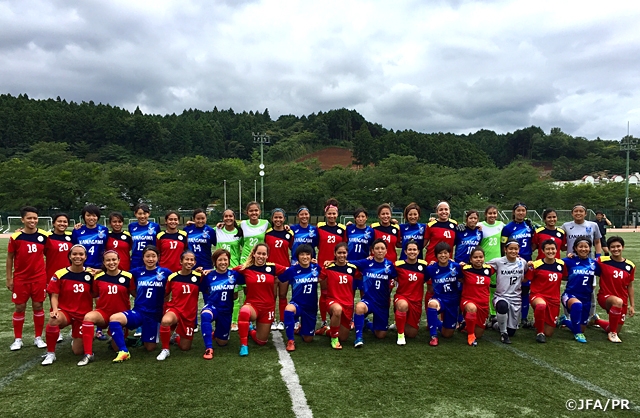