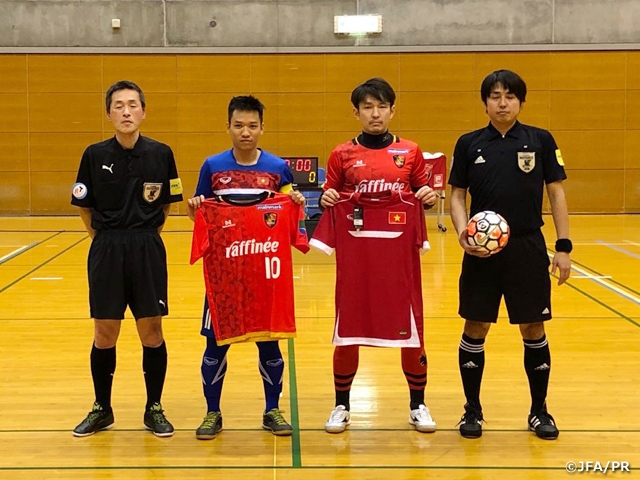 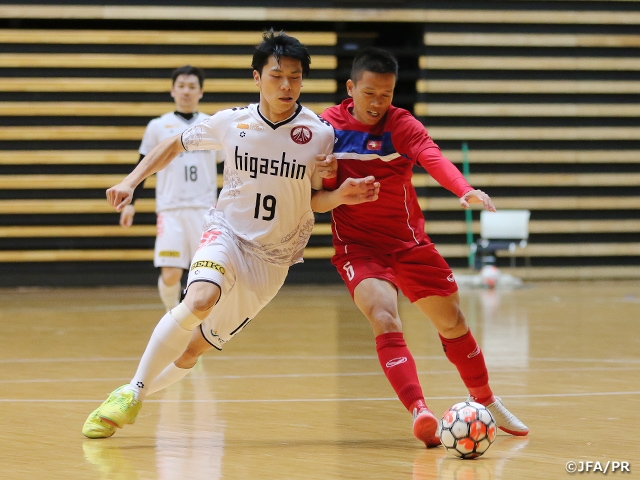 The players have visited Tokyo Disney Sea on Saturday 27 January and spent a relaxing time. They have also enjoyed sightseeing and shopping in Asakusa on Monday 29.

Miguel RODRIGO, Coach
I have spent 7 years as the head coach of Japan Futsal National Team, and during those 7 years I have gone through great moments, by becoming champion of the AFC Futsal Championship for 2 times, and finishing in the top 16 in the World Cup for the first time in Japanese history. I am filled with deep emotion now that I am back here in Japan as the head coach of Vietnam Futsal National Team. I am still impressed by the warm greetings that I received by the Japanese fans who remembered me and came to me to ask for photos and autographs. Furthermore, Japanese training facilities and the environment to play futsal are great. These conditions enabled us to make good preparation both mentally and physically for the AFC Futsal Championship. For most of the players this is their first experience at the National Team. Therefore, the fact that they played against great Japanese teams like Bardral URAYASU and FUGADOR SUMIDA provided them an opportunity to gain new experience and to realise their strengths and weaknesses. This also gave them confidence for the group stage matches against Chinese Taipei, Malaysia and Bahrain. Our goal is to reach the semi-finals in AFC Futsal Championship Chinese Taipei 2018 just like we did in the last Championship. Most people say it is difficult for a less experienced team like ours to achieve that, but I believe in my players. The first match is going to be important for us in order to gain momentum. We are aiming to play against strong teams like Japan and Uzbekistan in the knock-out stage. Futsal is a sport, and nothing is impossible in sports.

Tran Van Vu, Captain
The camp in Japan was full of great experiences for our team which is going to compete in the AFC Futsal Championship. Especially, the fact that we got to play under the cold environmental condition, similar to the host city Chinese Taipei, is very helpful to us. I'm proud to play in a team which is led by a great head coach like Miguel, who is famous not only in Vietnam but throughout Asia for the successful career where he obtained 2 AFC Futsal Championship titles with the Japan National Team. I believe his experience helps to create a new style of Vietnam National Team. As the captain of Vietnam National Team, I will do my best to win our first championship title in the AFC Futsal Championship starting on Thursday 1 February.

Phung Trong Luan
We were able to gain great experience playing against 2 Japanese teams during this training camp. The 4-1 victory over Bardral URAYASU in the first match gave us confidence. I have always known Miguel as a world-class coach. I believe his career and passion will change Vietnamese futsal for the better. We aim to win the AFC Futsal Championship, but first we will try to earn 3 points in the first match against Malaysia. 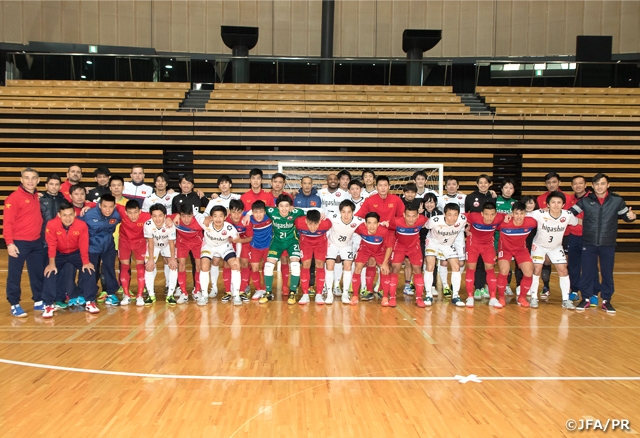