Japan Under-19 squad rally past UAE in second friendly 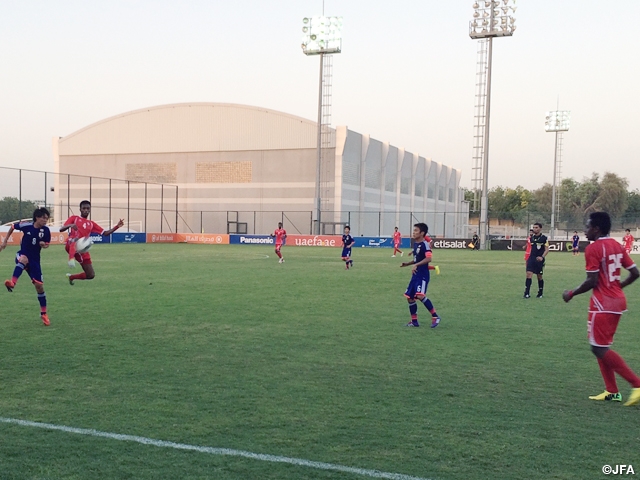 The Japan Under-19 national team played their second friendly match against the UAE Under-19 national squad.
Japan entered it having substituted nine players from the starting members in their first game. The match quickly saw some action from the beginning. On 2nd minute, Japan allowed the UAE to penetrate from the left side and launch a cross. A UAE forward put it back with his head inside and another forward of theirs netted it into the goal with his left feet. Japan moved the ball, trying to get some momentum, but had hard times creating offensive opportunities. Yet on 17th minute, Morooka, who broke through in the left side, kept the ball and fed it to Aoki, who was in front of the goal. Aoki fired a shot with his right feet, but it was saved by the opposing goalkeeper.
Afterwards, the UAE again attacked from their left side, but Japan's center-backs, Uchiyama and Misao, came through with their physical defence to stop it. The game entered halftime with a 1-0 score. 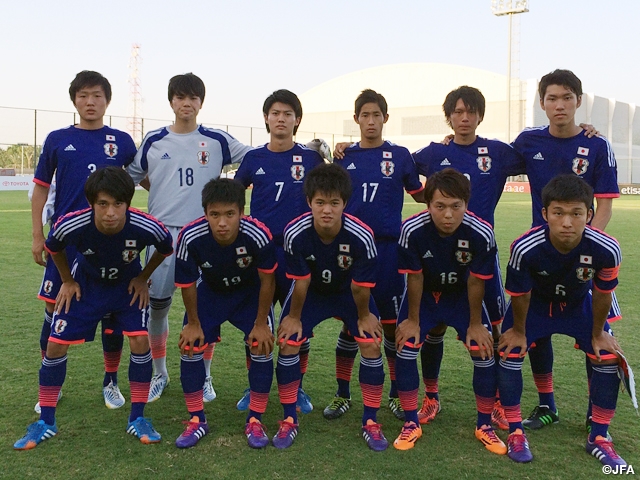 Needing to score some goals to win the contest, Japan tried to boldly get into the spaces behind the opposing players from the beginning of the second half. On 53rd minute, Mizutani, who was in the right side, kicked a pass in to the middle, and then Morooka reacted to it. He made a shot, but against it was saved by the goalkeeper. And on 54th, Ogawa broke through dribbling, and fired a shot, but this one was defended by a defender.
On 59th, Japan replaced some players, sending some offensive players in Minamino, Ochi and Kaneko, to aim to tie the game. And on 62nd, Japan earned a chance. A lateral pass by Minamino was through by Ochi and Kaneko launched a shot with his right foot, but it didn't go in the goal mouth. Yet Japan finally got some offensive momentum and earned another opportunity on 65th minute. Sekine, who broke through in the right side, fed a pass to Minamino, who was right before goal. He put it in with his right to equal the match.
The Japan squad preserved their momentum and created more scoring opportunities by penetrating near the opponents' goal area, but would not have a go-ahead goal.
But on 81st minute, Minamino fed a pass to Ochi, who got behind the opponents' defensive line. A UAE defender tried to clear it but it went into his own goal to give Japan a lead.
Later on, Japan had a few critical moments, but their goalkeeper Taguchi would not yield a goal with his precise judgement and saving. And they heard the final whistle as it was. Japan posted a come-from-behind victory in the second match to end the UAE trip. 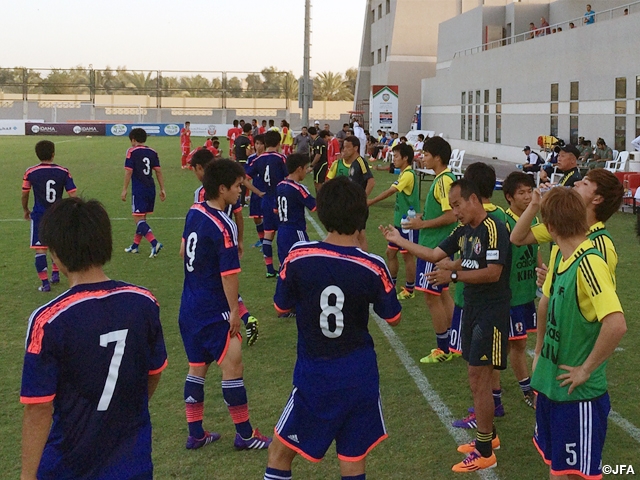 KANEKO Shota（Shimizu S-Pulse）
We were able to win both games that were played in the heat on this trip. We made actions on our own both offensively and defensively, and played good matches holding the momentum. We have a pair of more games to play in Japan, and we would like to play our football, being particular about the contents and results.

OGAWA Naoki（Gamba Osaka）
I entered the game with two things that I reflected from our previous match: timing of receiving passes and its locations, and score a goal to have a result.
In the first half, I could create some opportunities but not make them. I had some occasion that I had bad positioning and could not face forward.
In the latter half, I adjusted to those issues and was able to aim toward the goal with my dribbling.
But I cannot fully take advantage of scoring opportunities and that's who I am at the present. I want to improve on this and stick to some results for our two matches in Japan.

TAMURA Ryosuke（Kyoto Sanga）
In this second match of the UAE trip, we entered it having replaced some members. (But) we didn't have enough force on our offence, and we weren't united as a team. We got to find some issues and felt that we needed to correct them. It was positive that we won the match, but as far as the content, we have a long way to go. We have more matches to play even after we get back to Japan. So for October, we would like to overcome our problems and play some good contests.