Japan National Team U-19: Activities during the Expedition to UAE (4 June) 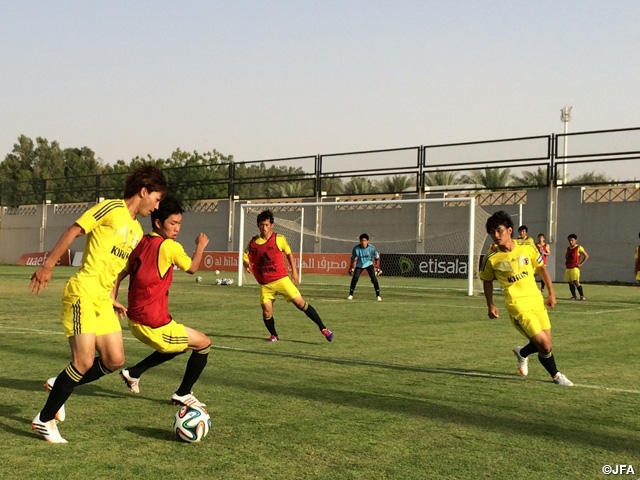 On the second day in UAE, members had morning and afternoon training in over 40 degree Celsius heat. During the morning, they had training by splitting into offensive and defensive teams. The offensive team made sure when to start moving to receive a ball in front of a goal, and the defensive team worked on build-up play on their own ground.

In the afternoon, they had training in a form of a match by gradually broadening the field size from 4 vs 2 to 3 vs 3 to 6 vs 6 so that they can be aware of the importance of chipping in a shot in front of a goal. 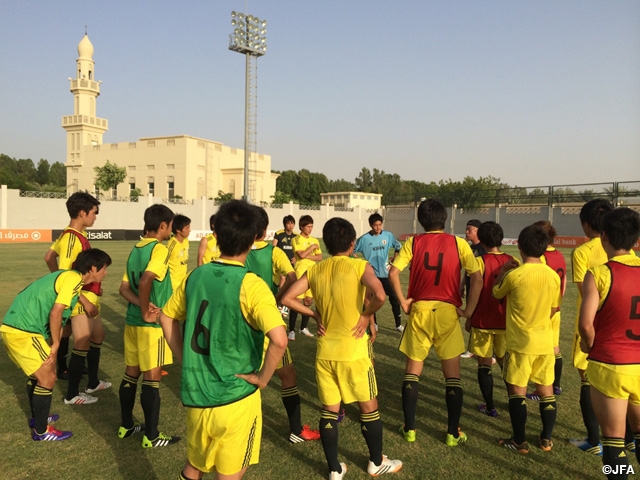 After the afternoon training, they took a group photo with Japanese living in UAE who came to watch their training. After that, they enjoyed playing mini matches with kids. As for the results, kids team ended up making a clean sweep. Petite Kaneko and Mizutani joined the team as helpers and contributed to the team’s victory. Kids were very happy about that. 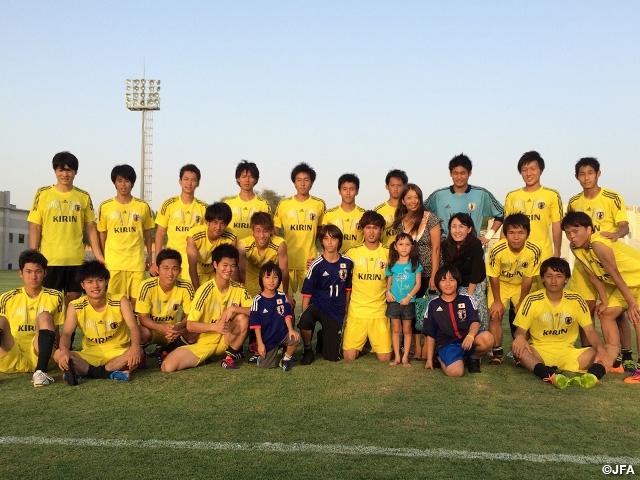 SEKINE Takahiro（Urawa Reds）
The second day in UAE is finished, and I am getting used to the heat. Today, we had training focusing on group strategy and practice in the form of a match. I was able to have good practice by pushing myself into a situation requiring me physical toughness. We will have a match day after tomorrow, so I want to be well-prepared. After the practice, we were able to interact with kids who came to watch our training. I had a great time and felt refreshed. It is fun to play football with kids, and I’m very glad that I was able to see their smile.

ISHIDA Ryoma（Jubilo Iwata U-18）
Today, we had practice in a form of a match such as 3 vs 3 and 6 vs 6 and training by splitting into teams with different positions. We were also able to work on functions and team strategy, so it was very good practice. After the training, I was able to play matches with kids living in UAE and was able to feel refreshed. I want to do my best in preparation for the match to be held day after tomorrow.