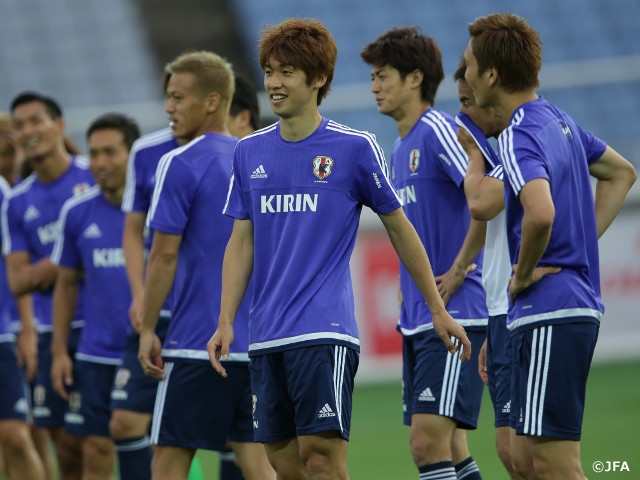 SAMURAI BLUE (Japan National Team) head coach Vahid HALILHODZIC emphasised the importance of the final international friendly before the start of the 2018 FIFA World Cup Asian Qualifiers Round 2 at the press conference on 10 June at Nissan Stadium in Yokohama on the verge of the KIRIN CHALLENGE CUP 2015 contest against Iraq to be held the next day. Japan boss said, "Our World Cup tourney is starting tomorrow."

At the press conference at the match venue held ahead of their final tune-up session, Halilhodzic said, "You are required to spend four years preparing for the World Cup's three matches (of the group stage). We will make a good preparation in the Iraq match to put up a good result in the Singapore match."

The team started their activity early in this month along with each European-based player finishing the season and coming back home. Since 8 June, the squad have trained with J.Leaguers joining the team.

On this day, one day before the friendly against Iraq, the players worked on running, sprinting and passing drills as well as reviewed their tactics and coordination on a half-sized pitch. Forwards USAMI Takashi (Gamba Osaka) and HARAGUCHI Genki (Hertha BSC Berlin) were showing agile plays.

"This upcoming match is different from the two matches in March in terms of the situation. I'm looking for better players," said Japan's head coach. He indicated his lineup for the Iraq match will be composed of players who would play the World Cup Qualifiers' opener.

While Iraq were drawn into the different group from Japan's at the Asian Qualifiers Round 2, the two countries faced in the group stage of the AFC Asian Cup last January. Despite the 1-0 loss to Japan at that time, they won through the tournament and reached fourth place in the end.

The current team are led by Akram Selman who took over the team's head coach role as his fifth-time reign after the tournament, and his team won the two friendlies against Congo in the late March. Half of the players visiting Japan joined their Asian Cup campaign this year and some other players who play in Sweden and Saudi Arabia newly joined the national squad.

"Iraq are a good team. It's going to be a good test for the following match," said Halilhodzic. "We will play it with the same mindset as the one for the World Cup Qualifiers."

He added, "We will continue the winning spiral we acquired (in March) and hopefully get confidence. After September, our matches will be almost at away, so I set our goal high. .We won't lose any match in 2015, will make the year beautiful."

The match against Iraq is scheduled to kick off at 7 p.m. on 11 June at Nissan Stadium in Yokohama. 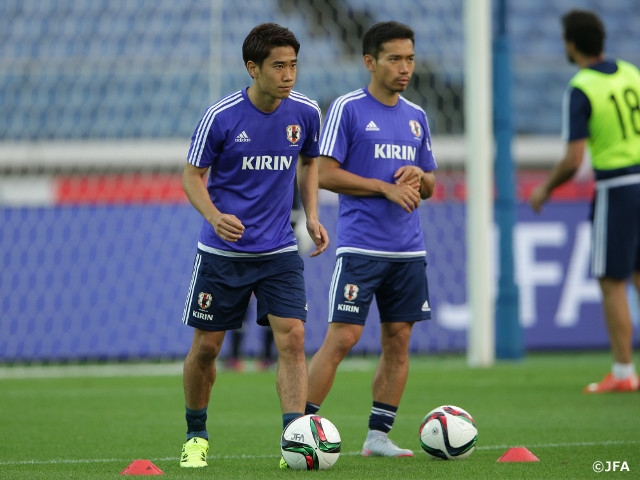 Vahid Halilhodzic, Head Coach of SAMURAI BLUE (Japan National Team)
The team have united and had good training. I was reminded of the players' ability but still have a lot that I want them to improve in terms of tactics, physical intensity and mentality. In this camp, I spent a lot of time talking to each player and discussed how they can improve their ability. I also said to them, "I want you to have more ambition and passion. And you respect not only others but also yourself. You don't need to be afraid of anyone.”

The Iraq match is going to be a good test for the following match, so we will go out for it with the same mindset as the one for the World Cup Qualifiers. We set our goal very high in the two March matches as well. And we will continue to win the upcoming two matches and hopefully get confident as a team. Especially after September, we have a string of away matches in the World Cup Qualifiers. I set our goal high for them and I am determined to make the year beautiful by not losing any match in 2015. I hope we can win as many matches as possible.

HASEBE Makoto (Eintracht Frankfurt)
Iraq have got physical intensity and have a lot of young players. They are a good team.  We won the Asian Cup contest against them, but they put up a better overall result than us in the tournament. This time, we are at home. We will want to dominate the match on the pitch and score wise as well. And all the players feel like making the match where fans can find something new. We can grow with wins, so we want to keep winning not only limited to this year.

AKRAM SELMAN, Head Coach (Iraq National Team)
I watched Japan's two matches in March and they reminded me they are a strong team. They have skills and speed and quality players. And they are at the top level in Asia. They are always very strong at home as well. We also have good players, and this is my fifth national team head coach appointment.

I'm building up the team to lead them to the World Cup Russia. Tomorrow's match is a very good preparation for our World Cup qualifying series. I'm hoping the match is going to be meaningful for our players and myself and we learn a lot. 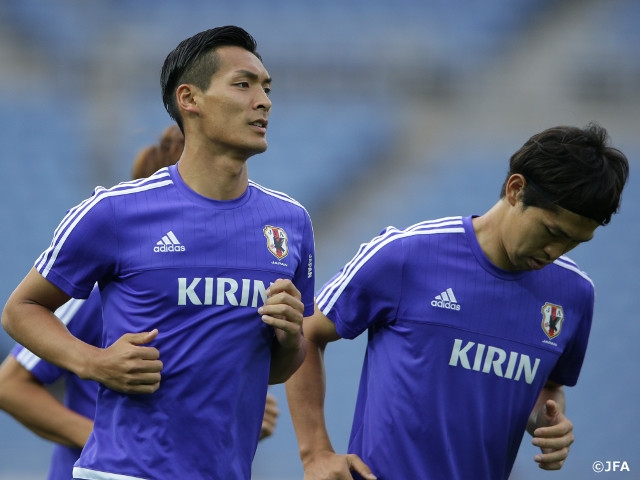