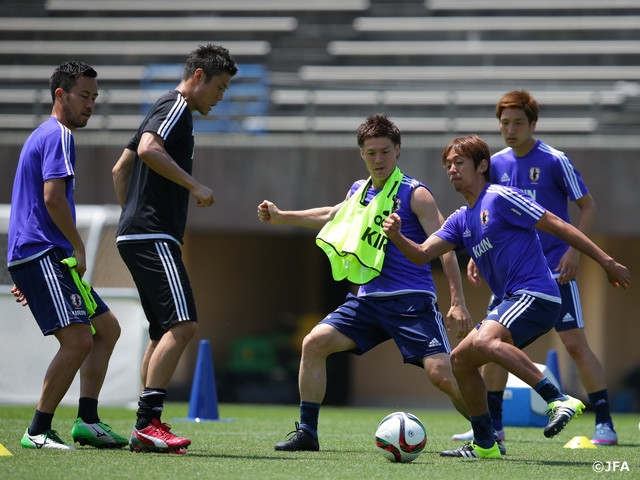 SAMURAI BLUE have tuned up for the 2015 KIRIN CHALLENGE CUP, the second Asian qualifying for the 2018 FIFA World Cup, which also serves as a qualifier for the 2019 AFC Asian Cup in the UAE since 1 June. A training camp in which those who play at foreign clubs in Chiba entered its final day.

SAMURAI BLUE had a two-a-day training this day again. In the morning session, they trained with the entire 12 members and then in the afternoon HONDA Keisuke (AC Milan) and KAGAWA Shnji (Borussia Dortmund), who arrived on the team on the 5th, worked out.

After the morning practice, they held an instant autograph session for the first 50 children who were there to observe it.

With a lot of warm cheers from the fans, their training camp in Chiba has concluded. The team will move to Yokohama, the site for their KIRIN CHALLENGE CUP match against Iraq. The whole 25 players will be assembled there and they will work on their final preparation. 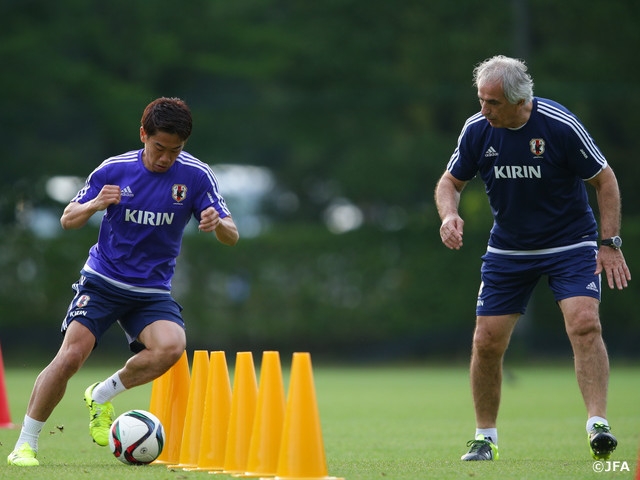 KAGAWA Shinji (Borussia Dortmund/Germany)
Because it was a technical training for us, it required concentration, so it wasn't like I was tired or anything. In technical trainings, you have to be aware of practical situations, so I think I had a good training in the respect. We have so many players who have high technical standards in Japan, so we've got to keep working on those training so we can capitalize on it in games. The World Cup qualifying will start soon, and our head coach said he would have high demands on us. Living up to those demands, we would like to come up with better outcomes. 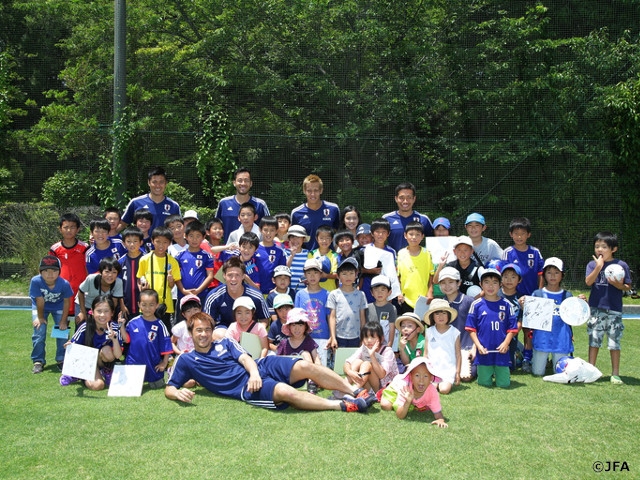