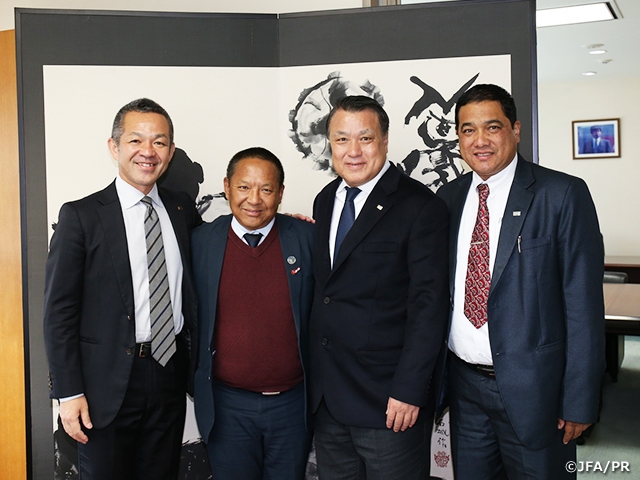 President Karma SHERPA, and General Secretary Indra Man TULADHAR of All-Nepal Football Association, have visited JFA house on October 15. JFA President TASHIMA has welcomed them in his office, where they have agreed to make an even stronger relationship between each other and to cooperate on various fields for the development of football in both countries.

After the meeting, President SHERPA and General Secretary TULADHAR made a tour round the Japan football Museum, where they were able to see and learn about various aspects of JFA including its history. 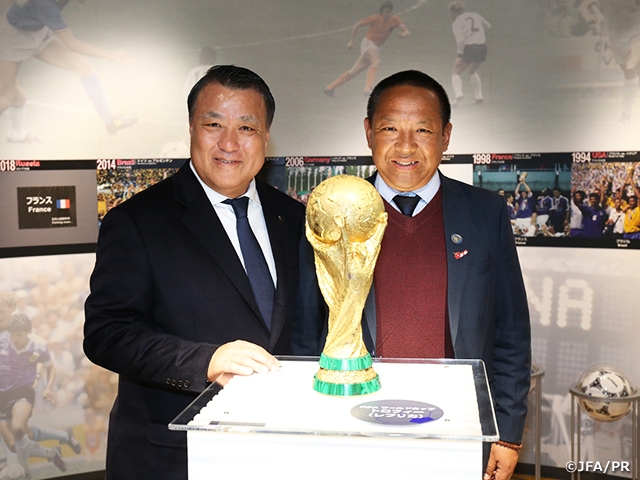 They have also listened attentively to the introduction of various activities of JFA in the area of “Youth Development”, “Coach Education”, and “Grassroots Development”.

In the evening they have made their visit to the training field of Mitsubishi Yowa Sports School, where they observed the training session of a football class for elementary school children. Both the President and General Secretary showed their interest in how the school is organized, how the artificial turf pitch is maintained, and how each classes are categorized.

They will conclude their visit to Japan by watching the SAMURAI BLUE(Japan National Team) vs. Uruguay National Team at the KIRIN CHALLENGE CUP 2018 , which is going to be held 19:35 on Tuesday 16 October at Saitama Stadium 2002. 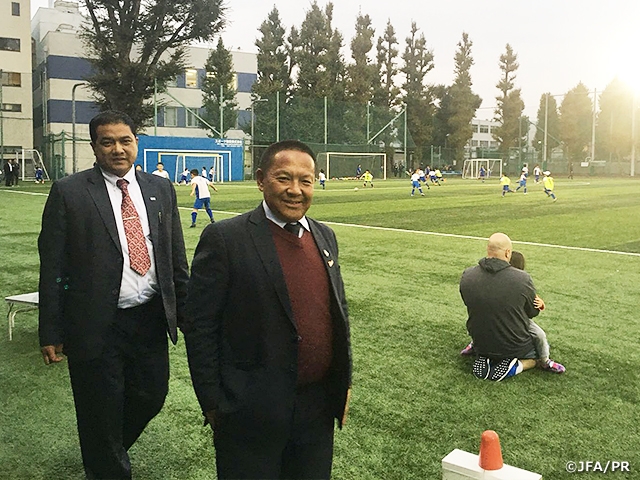