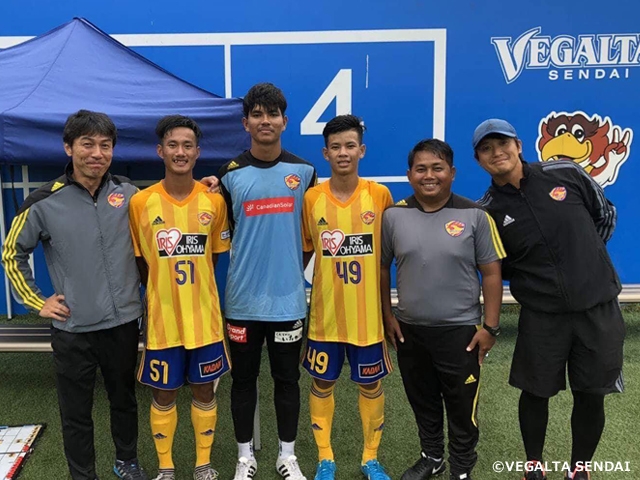 From Monday 27 August to Monday 17 September, the Japan Football Association (JFA) and Vegalta Sendai cooperated to accept three prospects from the Football Federation of Cambodia Academy, who has been featured in the U-19 Cambodia National Team (GK: KIM HUI, MF: KIM HENG, FW: SIENG CHANTHEA) along with Academy Coach LONG RITHEA to their training sessions and held refresher seminars. The programme was made possible by the support provided by Vegalta Sendai Youth Coach IKI Yusuke, who was dispatched to Cambodia as a JFA Official Licensed Coach from December 2013 to January 2015, and Mr. INOUE Kazunori, who also belongs to Vegalta Sendai and was dispatched to Cambodia from February 2015 to January 2017, and all other Vegalta Sendai Academy staffs.

The three players joined the training sessions and training matches conducted by Vegalta Sendai Youth, while they were also given the opportunity to observe the training sessions held by the top team, watch J. League matches, and experience the Japanese culture off the pitch. Coach LONG RITHEA, who accompanied the players was also given the opportunity to support the football schools held by Vegalta Sendai during his stay and spent a productive time in Sendai. 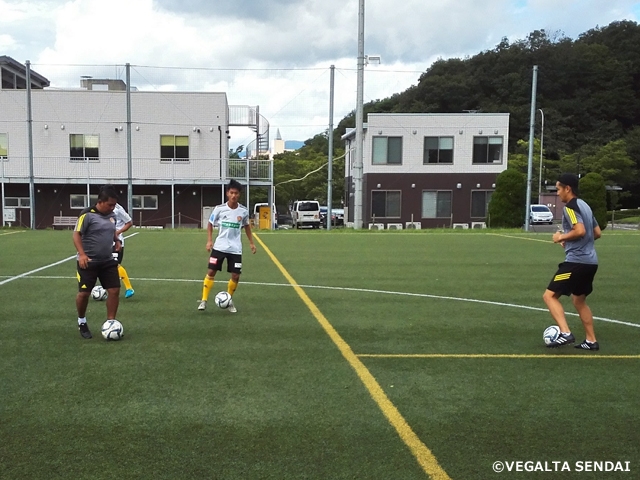 LONG RITHEA, Coach (Football Federation of Cambodia Academy)
I would like to thank Vegalta Sendai and the JFA for accepting us for this programme. The experience I have gained here in Sendai will guide me to provide better coaching in Cambodia. I will utilise what I have learnt here to help the Cambodia football to strive for a higher level.

SIENG CHANTHEA (Football Federation of Cambodia Academy)
I would like to express my sincere gratitude towards Vegalta Sendai and the JFA for accepting me and the two other players to this programme. We were given the opportunity to train with the talented players of Vegalta Sendai in Japan and the coaching provided by the wonderful coaches has given us a great learning experience. The environment and the facilities of Vegalta Sendai was astonishing and we were able to spend a very productive time here in Japan. We were also given the opportunity to learn the culture and lifestyle of Japan outside of the pitch. We hope to take home everything we have learnt here in Japan to help the development of the Cambodia Academy. 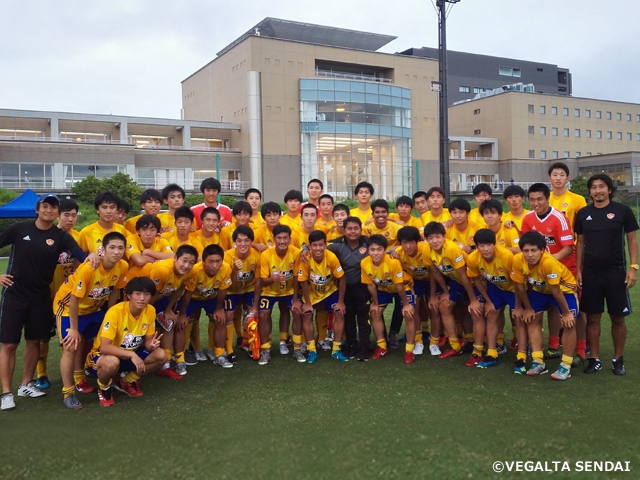