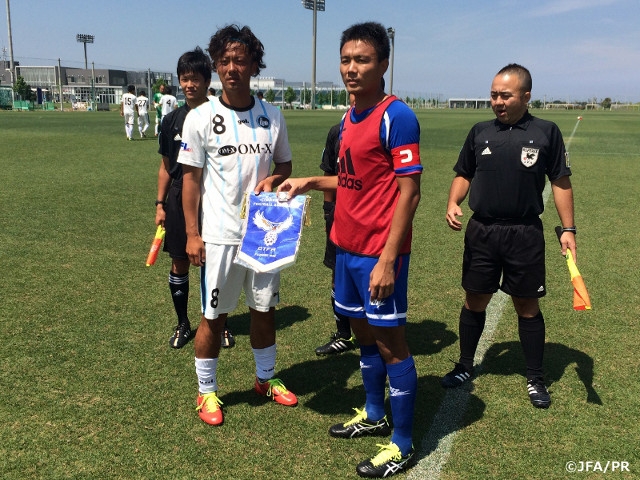 Chinese Taipei National Team, who will play the 2018 FIFA World Cup Russia Asian Qualifiers 2nd Round, had their training camp at J-GREEN Sakai in Osaka for eight days from 26 May to 8 June, when they also had three training matches.

In the match against Hannan University on 27 May, the national team took advantage of a few chances they created to score two goals, but Hannan University also attacked on the opponents’ mistakes and scored their own. The first half finished Hannan leading 4-2. In the second half, while the university side maintained the control of the match, Chinese Taipei also defended hard and looked for counter attack opportunities. With both side scoring one goal each, the final score was 5-3 in favour of Hannan University.

Chinese Taipei played the next match against Biwako Seikei Sport College on 29 May. The match was full of goal-scoring opportunities and shots fired by both sides. Chinese Taipei scored in the 15th minute in the first half and 51st in the second and won the match. Their focus on defence was outstanding with keeping their defence line high and putting pressure and attacking on the opponents’ possession.

The match against FC Osaka on 1 June turned out to be very exciting to watch as both teams showed quick transitions between offence and defence and battled fiercely and physically on the ball. In the 41st minute in the first half, FC Osaka intercepted a Chinese Taipei’s pass and utilized the counter-attack to score the opener. In the second half, Chinese Taipei’s aggressive offence created many decisive moments for them, but without them scoring an equaliser, the match ended up as the score remained 1-0.

In addition to the training above, the team spent time for sight-seeing in downtown Osaka and watching a J.League match (Vissel Kobe vs Vegalta Sendai) at the stadium. The players and coaching staff were well impressed with Japanese culture and the J.League stadium atmosphere.

They will be in the Group F at the 2018 FIFA World Cup Russia Asian Qualifiers Round 2 with Iraq, Thailand and Vietnam. The first group match is scheduled on 16 June at their home against Thailand. 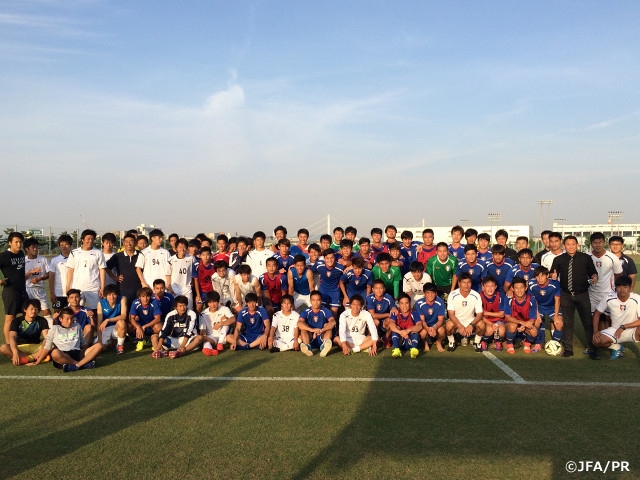 Chen Kuei Jen, Head Coach (Chinese Taipei National Team)
This eight-day camp in Japan let us have a very productive time. The practice facility was close to our hotel, the pitch condition was good and we could train ourselves in a very good environment. Also we had three training matches and we could play all our players except for the injured ones. We could give them a good experience.

In addition, it was very good that we had a chance to watch a J.League match at the stadium. Players in Chinese Taipei seldom experience playing in front of the crowd of over 10,000 people. I felt playing in front of such a loud audience every week is a great situation for players and motivates them very well. In this camp, we don’t have eight players who currently play in China. We will eventually select 23 players for the World Cup qualifiers out of the players here this time and those in China. We will spend the rest of the preparation period carefully in order to take fully advantage of this camp. We would like to thank all the people who made this camp possible.

Lu Kun Chi, Team Captain (Chinese Taipei National Team)
I am very pleased that we were able to have a training camp in this good environment. I played for a Japanese club (the predecessor of Grulla Morioka currently in J3) several years ago. Since then Japanese people have been nice to me. The three clubs we played training matches against were very good and played at a very high level. It was a good experience for us. We had some stretches we could play our style of football against them, so it turned out to be good matches for us to develop for the qualifiers. We have a good team chemistry, so we want to take this ahead to the qualifiers. 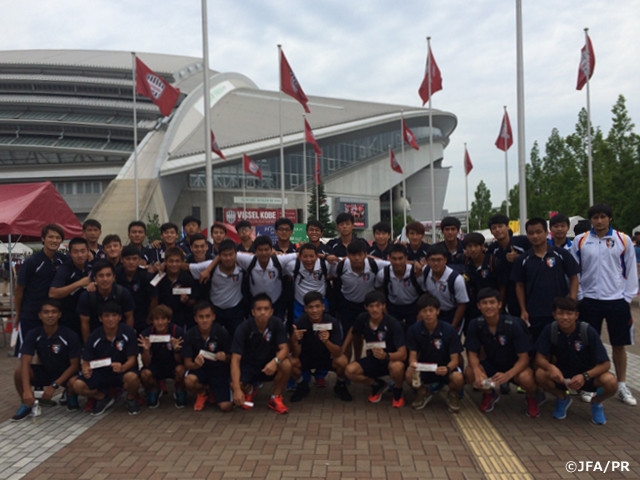