The U-19 China Women's National Team held a training camp at J-GREEN Sakai in Osaka in preparation for the AFC U-19 Women's Championship 2015, which will be held in Nanjing in August 2015. The players held five training matches during their stay. They analysed the opponents’ tactics in the meetings prior to the games and discussed their own issues as a team and as individuals after the matches. 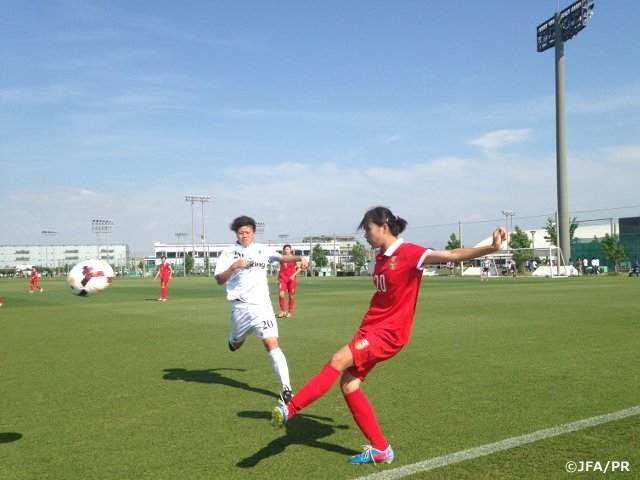 Wang Jun, Head Coach of U-19 China Women's National Team
I’m very satisfied that we could play against various Japanese teams. All of the games were head-to-head, and we discovered many areas to be improved as a team. We’d like to continue to deepen our exchange with Japan to contribute to the development of football in both countries. I appreciate all the staff, including the Japan Football Association, for arranging such an excellent training camp for us, and look forward to seeing them again in China.