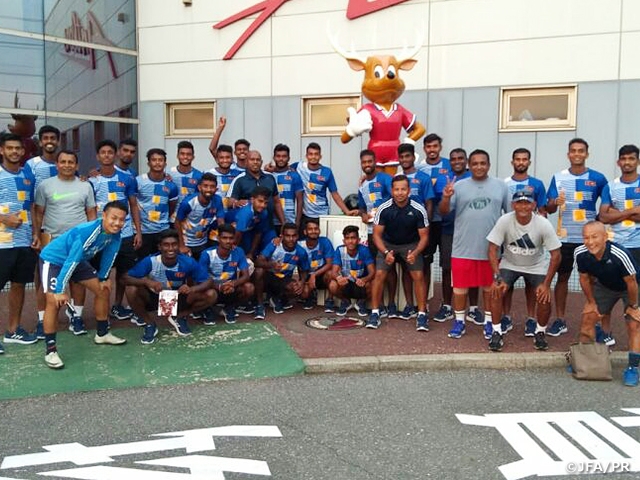 With the support from Antlers Hometown DMO, which has been founded to promote tourism in the Rokko area, the Sri Lanka National Team held their training camp at Kashima City and Kamisu City in Ibaraki Prefecture for 14 days from Tuesday 10 July to Monday 23 July.

This camp was held in preparation for the 2018 SAFF Championship (South Asian Football Federation Championship), which starts from Tuesday 4 September. During their stay, the team played four training matches which were arranged by Mr. TAKASHIMA of Kashima Antlers. They concluded with 1 win and 3 losses. Through the training matches they were able to find out what they need to work on. 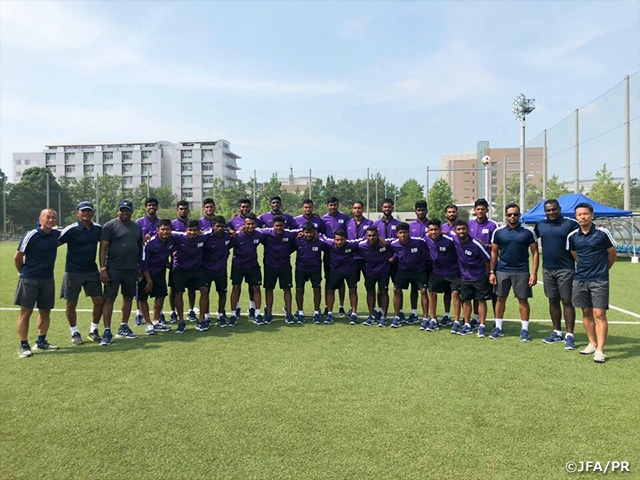 PACKEERALI MOHAMED NIZAM, Coach
The civil war that took place 10 years ago have had a major impact on Sri Lankan football as the team has fallen to 200th place in the FIFA rankings. With the help of the Japan Football Association (JFA) and the Antlers Hometown DMO, we were given the opportunity to break through the current situation by holding a long-term training camp at Kamisu City in Ibaraki Prefecture for two weeks. We are very thankful for all of the support to make this camp possible. During this camp we saw the quick and simple movements of the Japanese teams, and realized that their technique level is stable. Our team were seen conceding goals as we faced very difficult times responding to their counter attacks which were generated from their well organised defence. This kind of high-level techniques are something we cannot experience in Sri Lanka, so it provided great inspiration for our players. Also, the endurance and concentration that allows them to sustain such techniques throughout the match is something the Sri Lank National Team does not have. We will implement this experience into our domestic training camps ahead of the SAFF Championship in September. Of course, it will be difficult to obtain the quick attacks generated from the organised defence, just like how the Japanese teams have demonstrated, but we will take on each task that became evident during the training matches in Japan to strive for good results at the SAFF Championship.

PONWEERA ARACHCHILAGE DON SUBASH MADUSHAN, Captain
The thing that impressed me the most during this camp was the technical level displayed by the Japanese youth players. On top of their techniques, the players were physically solid in defence as well, and to be honest, we could not do much against them. The environment to play football is astonishing in Japan and we are truly thankful for the opportunity given to train at such well-maintained training field every day. Lastly, the J. League match we saw will be a lifelong memory for me. It was my first time watching such football match in real life and it was a very moving experience for me. 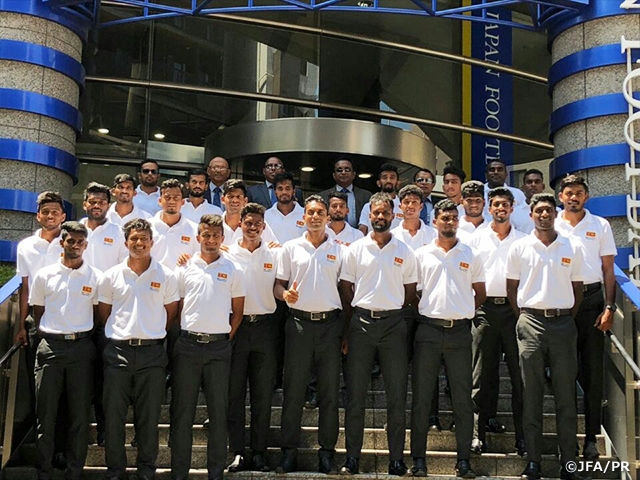