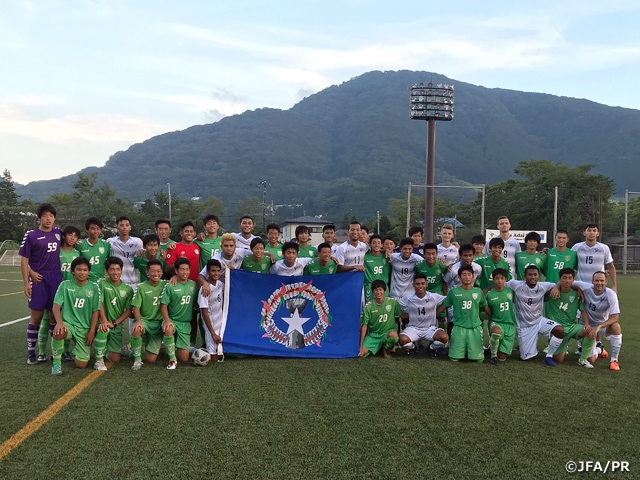 The Northern Mariana Islands National Team held their training camp at Seisa University Hakone Campus for six days from Tuesday 17 July to Sunday 22 July. The camp was held in preparation for the first preliminary round of the EAFF E-1 Football Championship, which starts this September in Mongolia. The team was seen devoting their time to strengthen the team as they conducted four training-matches during their stay.

As part of their off the pitch activities, the team spent time interacting with students of Nippon Sport Science University, paid a courtesy visit to the mayor of Hakone, exchanged greetings with the President of Seisa University, barbequed with students of Seisa Kokusai High School, and enjoyed going shopping. 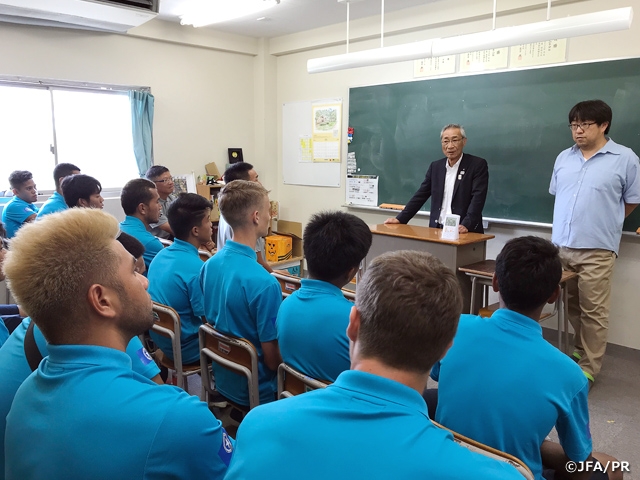 MITA Michiteru, Coach
Following the Women’s National Team who held their camp last July, we are grateful to be able to hold another camp at the Seisa University Hakone Campus, this time for the Men’s National Team. With the support of the campus staffs, our players were given the opportunity to not only spend quality time on the pitch, but they were also given a valuable time off the pitch by interacting with students of Japan, experiencing the Japanese culture, and visiting the Mayor of Hakone. In behalf of our players and staffs, I would like to express our sincere gratitude towards the JFA, Chairman Miyazawa and all other staffs of Seisa, teams who we played in the training-matches, and everyone who supported this training camp. We came here to strengthen the team ahead of the first preliminary round of the EAFF E-1 Football Championship, which starts this September in Mongolia. Through this camp we were given the opportunity to play against teams with great techniques, organisation, speed and physical strengths which we normally do not see in the Northern Mariana Islands, and the experience allowed us to realise what the team must work on. We will give our best and fight with the pride of the Northern Mariana Islands at the first preliminary round of the EAFF.

Enrico Dominic, Vice-Captain
The training camp gave us a wonderful learning experience and we enjoyed it very much. We stayed at the beautiful town of Hakone and our team was given the opportunity to unite even stronger as a team while each player was given great inspiration. We faced many strong teams at our training-matches and made us realise what we must work on ahead of the EAFF. The teams we played were all very fast, strong, and collective. By facing such teams, it gave us a great opportunity to prepare ahead of our matches against Guam, Mongolia, and Macao.

Jonathan Takano, Captain
The objective of this camp was for us to realise where we currently stand, and it was important for us to not only understand what we must improve, but to experience it in first hand. It is very difficult to experience quality football and obtain quality trainings in Saipan. There are many children in Saipan who has great potential to play football, just like other countries, but with the lack of exposure to football, it is hard for them to keep their motivations high and put in the effort to become a good football player.

The result of the training-matches during this camp were very lopsided, but there were some aspects we felt we manged to do well and we saw more positives than the negative side. By facing high school and college players, we were given the opportunity to go back to our basis of enjoying football. I think it made our players want to simply become a better football player. Once we return to Saipan, I will gather all the experience we gained in Japan and utilise it for the team to move forward. I will continue to lead the Northern Mariana Islands National Team as the team captain. We are truly grateful for the wonderful experience we gained at this camp. I would like to thank our coach, staffs, JFA, Chairman of Seisa, campus staffs, high school and college teams we played against and everybody who made this camp possible. We hope to showcase an improved version of ourselves next time we see you. Thank you very much. 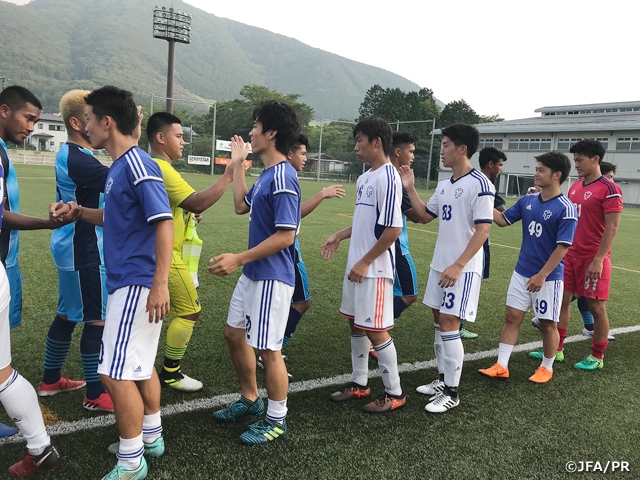