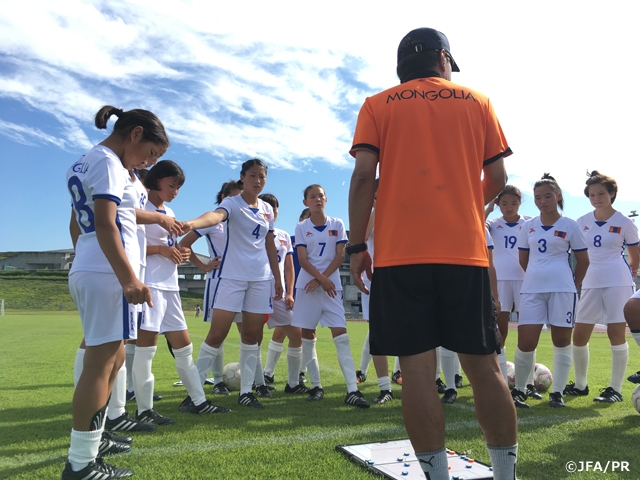 On 21 August, the U-14 Mongolia Women’s National Team returned to their country finishing all programmes of their training camp which was from 12 August at the Matsushima Football Centre, Miyagi prefecture.

The team had total of 7 training matches during their camp in Matsushima. On 18 August, the team played against Miyagi Phoenix, the over 60’s Men’s team which Coach of the U-14 Mongolia Women’s National Team IKI Yoji used to play for, and they had the memorial first victory by scoring the first goal. Between the training sessions, the players enjoyed bathing at the beach near the camp venue for the first time, sightseeing in Matsushima and staying in a Japanese-style hotel at a hot spring. they experienced the different culture of Japan.

During the camp, some media such as Kahoku Shimpo and Miyagi TV visited the camp venue to interview Mr. Iki and the team. The camp became a well-known event in Miyagi prefecture. 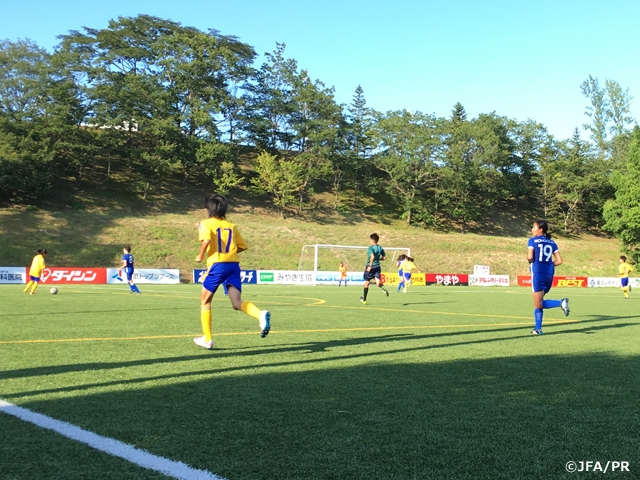 IKI Yoji, Coach (U-14 Mongolia Women’s National Team)
In this camp, I wanted the Mongolian players to experience Japanese women’s football. We had good opponents for the training matches so I think they had very good experiences. What is missing in this national team is attention to moving the ball around. We will have to plan how we encourage the players to understand to improve this issue for the future. They also need to understand the basics of football as well as the sense of consideration to their teammates. I would like to express my gratitude to JFA, and Miyagi Football Association for welcoming us in this opportunity. We will keep working hard for the future of Mongolian football, maximising what we have learned here.

Ulzibayar Badamkhatan (U-14 Mongolia Women’s National Team/ Captain)
This time, we enjoyed the training matches most of all. We also had chance to know Japanese culture and customs as well as football. The gap between Japanese women’s football teams and us is big, and as our Coach Iki told us, Japanese players are well united. Their sense of teamwork is very strong. I would be happy if we can come back to have this type of training camp in the future.

Solongo Chimed, The Head of Delegation (U-14 Mongolia Women’s National Team)
I was very much amazed at the wonderful hospitality of Japanese people. Their level of football is much higher than us, and we have learned a lot even from off the pitch such as their sense of discipline and culture. The results we had were very challenging, but what is more important is not the results but what they have learned. After Iki joined the team, the players gradually started to be united, and their playing style has changed drastically from “kick and rush” to “possession football.” We would be happy if we could come back to Japan to have another camp like the one we just had. 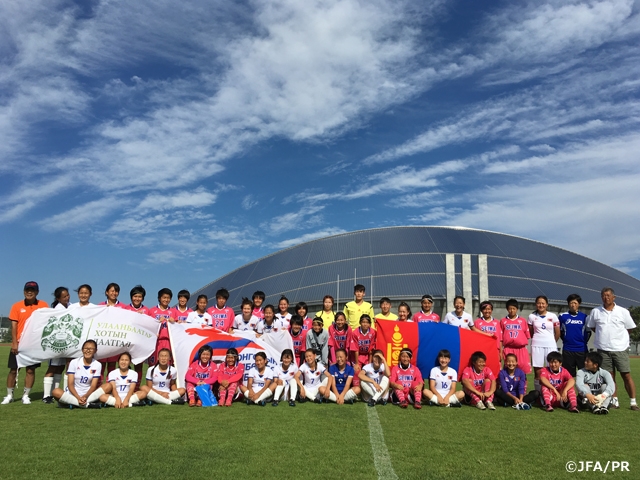