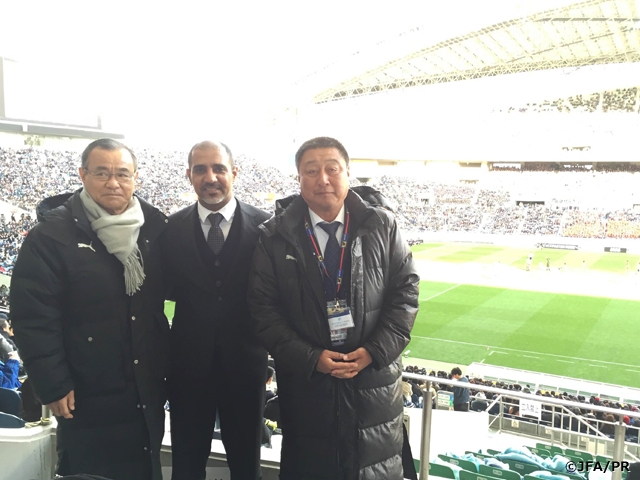 Mr. Fahad Thani AL ZARRA, the Technical Director of the Qatar Football Association, visited Japan from 8 to 12 January for five days, and watched the semi-finals and the final of the 94th All Japan High School Soccer Tournament.

After the semi-final, Mr. AL ZARRA held a meeting with the Director of Higashi Fukuoka High School football club, who won the tournament, and enthusiastically listened to him talk about how to bring together and manage more than 280 players.

On the last day of his stay, Mr. AL ZARRA met YAMAGUCHI Takafumi, the Technical Director of JFA to learn about Japan’s youth development policy and the system of coach education. 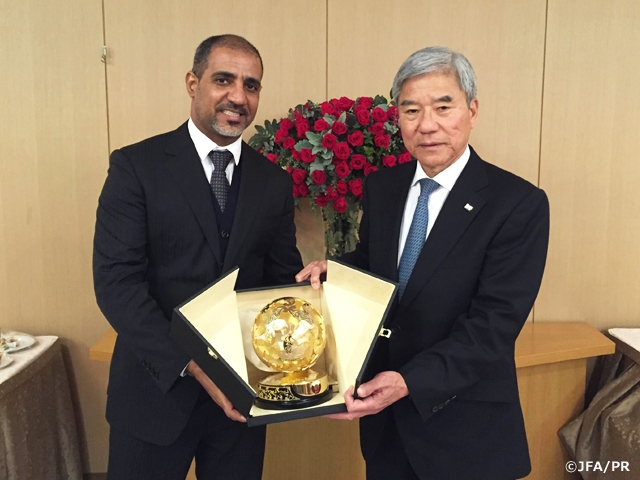 Mr. Fahad Thani AL ZARRA (the Technical Director of the Qatar Football Association)
I really appreciate the opportunity to watch the All Japan High School Soccer Tournament and hold meetings about Japan’s youth development. I was astonished by high-level skills of the players in the semi-finals and the final. As there were so many supporters at the stadium despite it being a youth generation tournament, I realised it was one of the most important tournaments with a long history for Japanese football. The meetings about Japan’s youth development system were very productive, and I learned a lot. I’d like to bring the experience and knowledge I gained during this visit back to Qatar, so that I can contribute to youth development there. I would like to express my gratitude to the JFA for their fantastic hospitality. 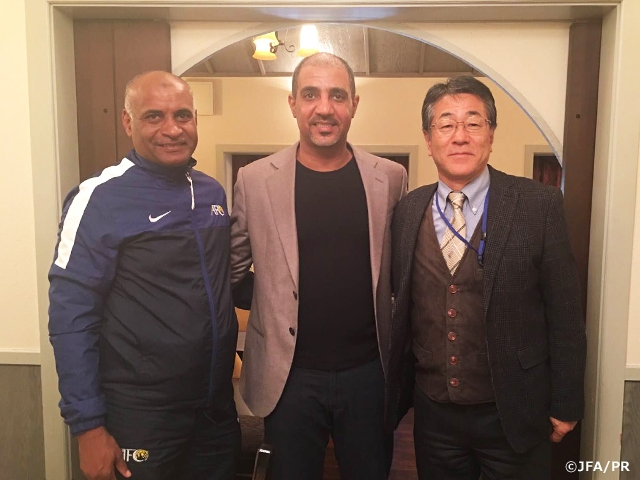