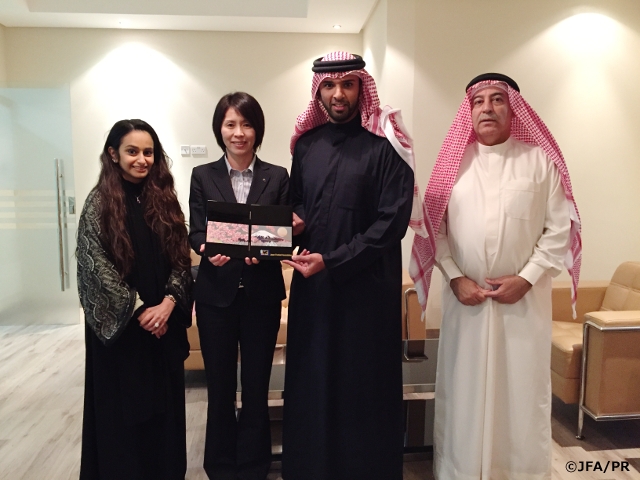 Ms. NODA has paid a visit to Manama the capital of during 9 and 10 December. She held a meeting with SHAIKHA HESSA, the Women's Committee Chairperson , SHAIKH ALI, the President of the Bahrain Football Association and Mr. HASSAN ISMAIL, the General Secretary of the Bahrain Football Association. Ms. Noda also attended a training session of the U-14 Bahrain Women's National Team.

This visit was organised by the Bahrain Football Association, just as the one with the Iran Football Federation in Tehran from 7 to 8 December.

U-14 and U-16 National Teams are the only under category women’s national teams beside the senior team, and there is no women’s league in Bahrain yet.

During the meeting, they discussed the current situation and issues in Bahraini women's football as well as the possibility of having a Japanese coach. SHAIKH ALI and SHAIKHA HESSA, said that they were considering a Japanese coach with a positive attitude and they are also eager to organise a training camp in Japan to improve women’s football.

Mr. HASSAN ISMAIL, the General Secretary, requested to learn from the experiences and know-how of Japan women’s football, so that Bahrain women's football will improve and become more popular. 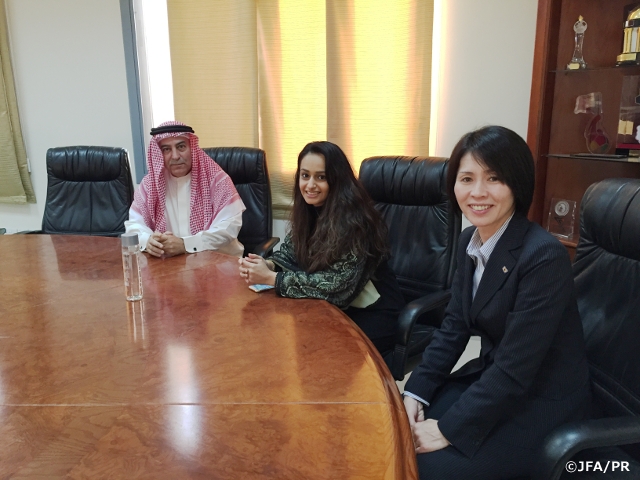 NODA Akemi (Japan Football Association, Women's Committee Chairperson)
Bahrain is a beautiful country and it’s easy for a foreigner to live there. Each player in the Bahrain Women's National Team is highly talented and competitive. Although it may take a while to develop Bahraini women's football, I believe we can accelerate it with strong support from the President SHEIKH ALI and the Women's Committee Chairperson SHAIKHA HESSA. I had a great time and a warm welcome despite the short stay. I appreciate all the thoughtful and kind support from the Bahrain Football Association.

SHAIKH ALI (the President of the Bahrain Football Association)
I’m very pleased to welcome Ms. NODA Akemi, as well as the JFA staff, who have a lot of experiences in Japan women’s football. I do hope we will have a Japanese coach for the Bahrain Women's National Team, and that both of the associations become closer to support each other through the sending of a coach.

SHAIKHA HESSA (the Women's Committee Chairperson of the Bahrain Football Association)
I appreciate all of the support from Ms. NODA Akemi towards developing Bahrain women's football. As a former football player, I love football and understand its importance, just like Ms. Noda. I believe it’s high time to change the view towards women’s football in this country. If we have a Japanese coach for the national team, I think it’ll be a new start for Bahrain women's football. 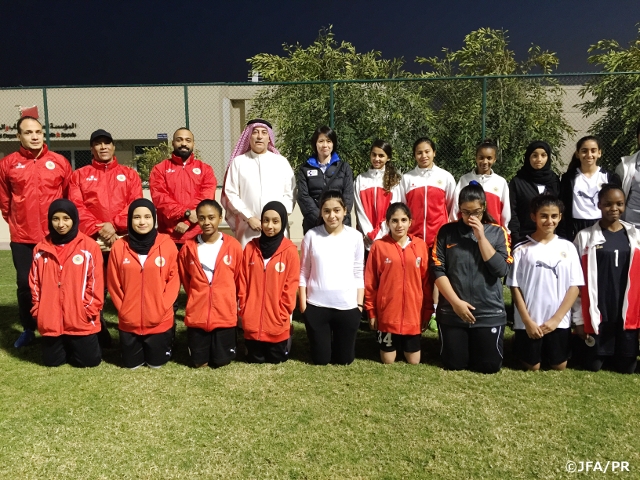