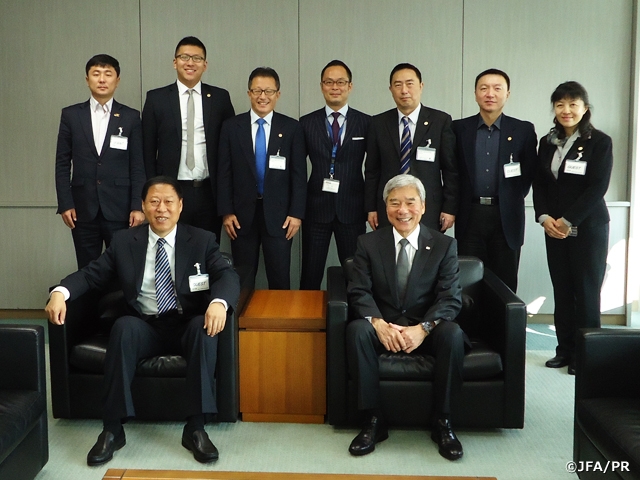 16 December, MA CHENG QUAN, Chairman of Chinese Super League and 7 Chinese football associates visited JFA House to learn about JFA’s registration system,  official football matches and the development of young players in Japan. Prior to the visit, they had a meeting with DAINI Kuniya, the President of JFA and expressed their gratitude for JFA’s warm hospitality. They also impressed about JFA’s management of the ongoing FIFA Club World Cup 2015 in Japan. Both of them praised the efforts of the players of Guangzhou Evergrande and Sanfrecce Hiroshima F.C for winning their first matches and going through to the semi-final.

LI LIPENG, CSL Officer, Chinese Super League
It was my pleasure to visit JFA and see Mr. President Daini. Even though it was a sudden visit, JFA staff accepted us and I appreciate their consideration. I particularly find it very interesting to know about official matches for young players such as making opportunities for both J. League club teams and school teams to compete in an official match; it is very helpful for us to apply this in China. I wish JFA further success in the future.

WANG LINGMIN, Management agency director, Chinese Football Association
I am very satisfied to visit Japan. It was a short visit, and I want to learn more particularly about JFA’s management approaches. I think China in need for such a registration system in Japan in the near future. 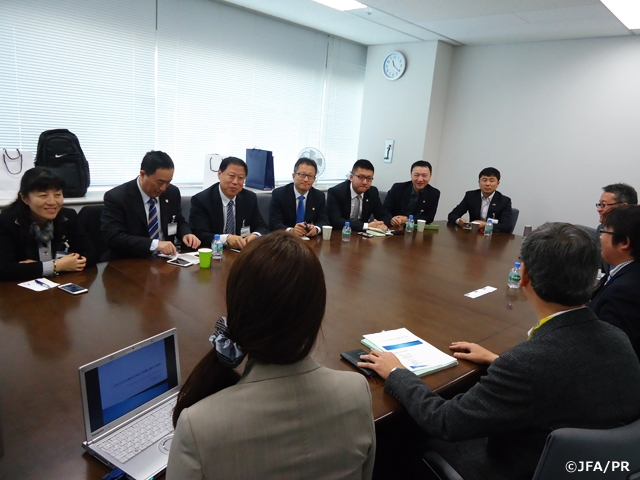