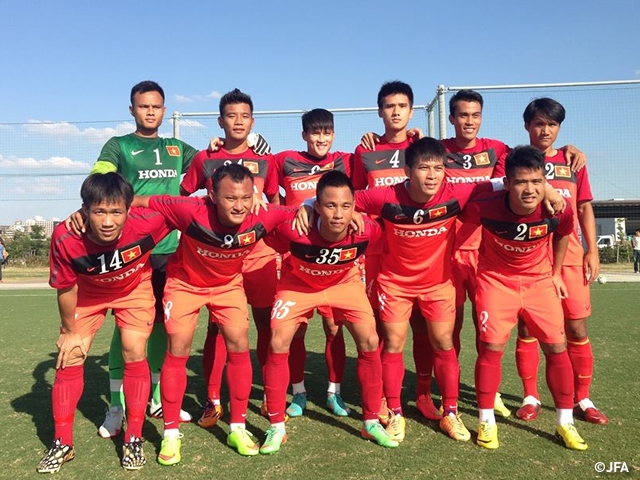 The Vietnam national team, who are in preparation for the AFF SUZUKI CUP 2014 in November, held a three-week training camp at J-GREEN Sakai. The team welcomed a new Japanese trainer to work with Miura, the head coach. The Vietnam national team is familiar to Japan, as Le Cong Vinh used to play for Consadole SAPPORO in the J.League. They enjoyed themselves watching J.League matches, shopping and going sightseeing, not to mention the actual training and practice matches during their long stay. The results of their practice matches were as follows:

Although unluckily they had to cancel a practice match due to the typhoon, there were smiles around until the end of the camp. 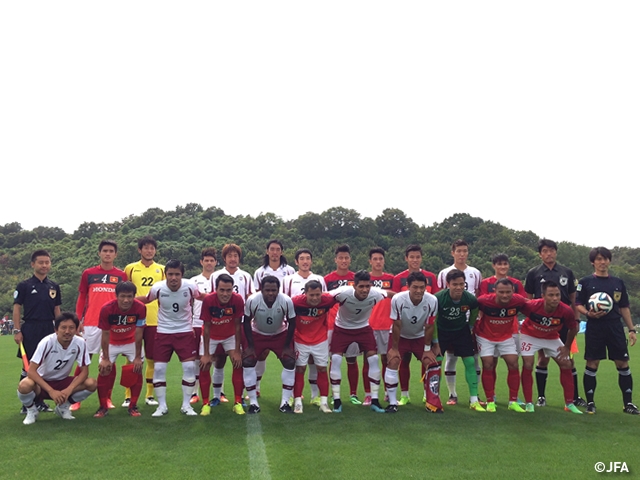 MIURA Toshiya, Head Coach (Vietnam National Team)
We could practice in a really good environment here, even though the players were not in the best condition just after the off-season. The facilities were amazing and it was very useful as they had many practice matches against strong teams. I think we spent a fruitful three weeks in preparation for the AFF SUZUKI CUP 2014 in November.

Phạm Trường Minh, Interpreter
They held practice sessions in a great environment. Both the natural and the artificial turf were in good condition and the players could practice in a good atmosphere. The food was amazing and people were welcoming. We’re grateful we could use many facilities. I believe that Japanese football, including its organising power, strategies and skills, will inspire Vietnamese football in the future.

Le Cong Vinh, Vietnam National Team player
I felt very nervous when I first came to Japan to join the team Consadole SAPPORO. However, once I was here, everyone was so kind and talked to me. I was supported by many people and had a great time. This time is just the same. Many staff members supported us in Osaka so that we could concentrate on our practice on the great pitches and had amazing meals. I’m really pleased I could come here again. We can watch the J. League matches in Vietnam. It was also a good experience for other players to play against Japanese teams. I’d like to come back again to play some more matches. I hope to stay longer next time.

Lê Tấn Tài, Vietnam National Team player
We could concentrate on our practice in a great environment. I’m very satisfied with the hospitality here, not to mention the pitches and the food. It was meaningful to have practice matches against Japanese teams, as we could learn many things, such as skills, strategies, speed, attack and defence. I’m really interested in Japanese football itself. Overall, it was a great training camp. 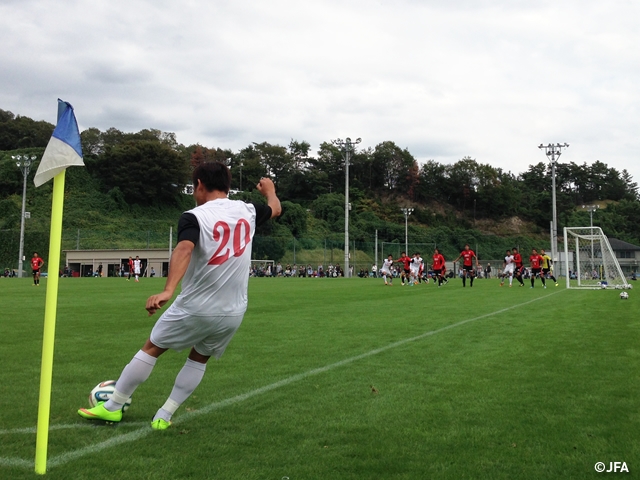