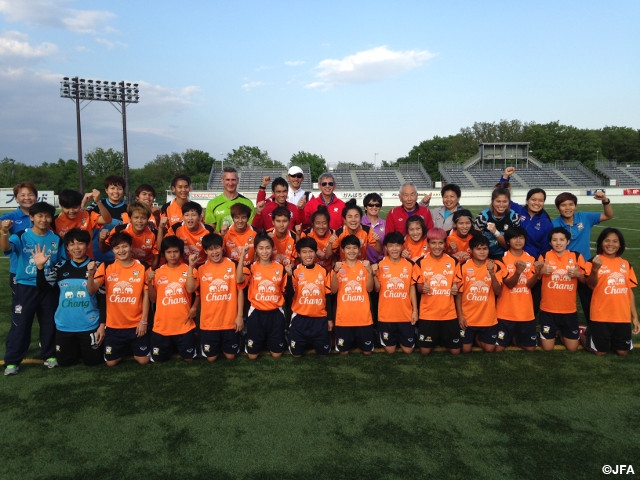 The Thailand Women’s National Team, which had been in the training camp in Japan since 21 April for the upcoming Women’s Asian Cup, finished up all their workouts and went back to their country.

During the training camp, they had three training matches against teams of the Nadeshiko League and the Challenge League.

On 27th April, they moved to Tokyo and enjoyed their last day by touring around Asakusa area. Visiting the famous Senso-ji and shopping along Nakamise-dori, they experienced lots of Japanese culture.

Comments from Head Coach and Player

NUENGRUTAI Spathongvian, Head Coach
I am very satisfied that we have done a training camp in Japan for the Asian Cup and played three matches against very good Japanese clubs. In those matches against clubs which are much faster and skilled than us, we discovered many things we must improve. It was a very good experience for us aiming to play in the World Cup.
Five teams from Asia can play in the World Cup. I think Thailand has a good chance of making it. Taking advantage of this experience, we want to achieve that goal.

NAPHAT Seesraum
Last year I played for FC Osaka Takatsuki in the Nadeshiko League. So I am very happy to be back to Japan. In such a great atmosphere in Japan, we all could practice and also experience the culture. Playing against Japanese clubs was very inspiring for us, too. 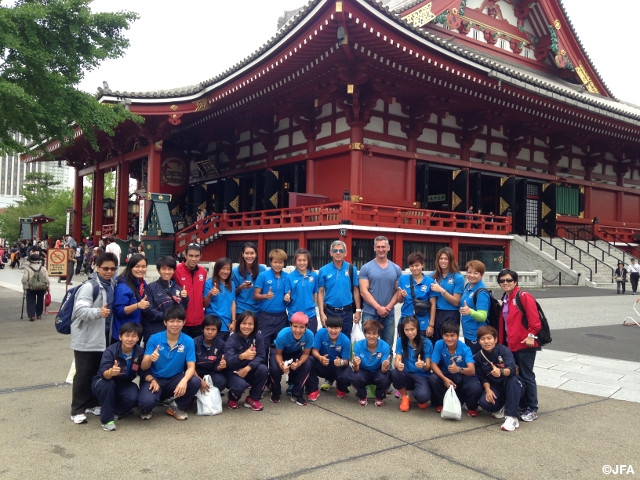