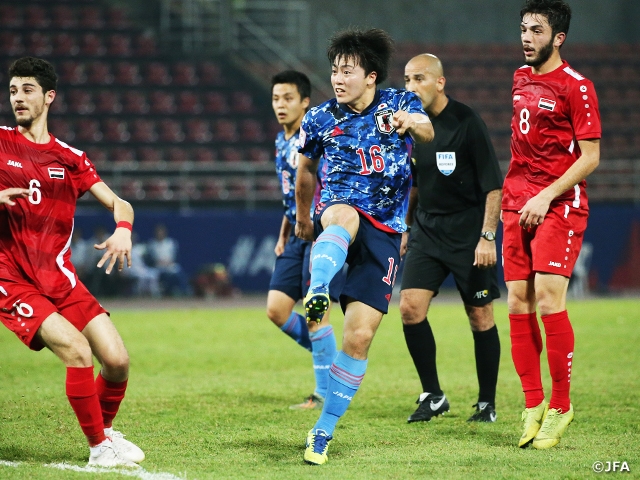 On Sunday 12 January, the U-23 Japan National Team played their second group stage match of the AFC U-23 Championship Thailand 2020 against the U-23 Syria National Team.

With the team in a must win situation following their loss to the U-23 Saudi Arabia National Team, coach MORIYASU Hajime made six changes to his starting line-up, as OSAKO Keisuke (Sanfrecce Hiroshima) started in goal with WATANABE Tsuyoshi (FC Tokyo), OKAZAKI Makoto (Shimizu S-Pulse), and MACHIDA Koki (Kashima Antlers) forming the defence line. MATSUMOTO Taishi (Sanfrecce Hiroshima) and SAITO Mitsuki (Shonan Bellmare) were named as the defensive midfielders while HASHIOKA Daiki (Urawa Red Diamonds) and SOMA Yuki (Nagoya Grampus) were positioned in the flanks. UEDA Ayase (Kashima Antlers) played as the lone striker with MESHINO Ryotaro (Heart of Midlothian FC) and MORISHIMA Tsukasa (Sanfrecce Hiroshima) placed beneath him.

The match saw an early goal scored by Syria, as they were rewarded with a penalty kick after VAR ruled that Machida committed a foul inside the Japanese penalty area. With their striker calmly converting the spot kick, Syria took the early lead in the sixth minute.

Despite conceding a goal in the early minutes, Japan showed great aggression to apply pressure upfront, as Soma and Hashioka actively made runs down the line to penetrate the flanks. In the 31st minute, Soma pierced a shot into the left hand corner of the Syrian goal to equaliser the match, as the first half ended with a tied score of 1-1.

The second half saw Japan take control of the ball possession, as they sought for their opportunity to take the lead. A close chance was created in the 83rd minute, when Ueda responded to a cross delivered by Hashioka, but his shot missed the target.

With time running out, Japan conceded a counterattack to Syria in the 89th minute. It was Syria’s second half substitute, Ahmad DALI, who carried the ball all the way from the halfway line to score the game winner, as Japan lost their second straight match at the group stage, seeing themselves eliminated from the championship.

Following the match, coach Moriyasu commented, “This is a very disappointing result for us. I am saddened by the fact we couldn’t meet our fans expectations.” With the team losing back to back matches after conceding goals in the closing minutes of the match, the coach mentioned, “I hope the younger players have learned their lesson that we cannot win matches if we keep conceding late goals like we have in these two matches.” Regarding the team’s elimination from the tournament, coach Moriyasu stated, “We hope to bounce back from this bitter experience and strive to become a better team.”

The U-23 Japan National Team will seek to earn their first victory at this championship when they face the U-23 Qatar National Team on Wednesday 15 January. 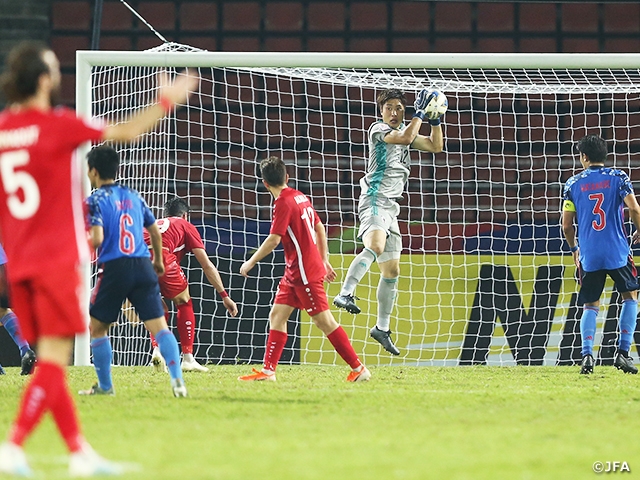 MORIYASU Hajime, Coach
Our players made the adjustments from the first match and entered this match with a strong mentality. However, we ended up conceding the opening goal in the early minutes, which created a similar dynamic as the first march. Although we managed to showcase our resilience to fight back and equalise the match during the first half, we failed to convert our opportunities created in the second half and lost the match by conceding a late goal. These two matches have given us a painful lesson that we cannot win matches if we keep conceding late goals. We had to make better decisions when the opponents are anticipating for their opportunities to counterattack. Defensively, we had to do a better job managing the risks, while in offence we had to finish our plays by taking shots.

DF #3 WATANABE Tsuyoshi (FC Tokyo)
Our opponent will have the upper-hand if we cannot win the battles to possess the ball. In matches like today, we had to win the second balls to stop the opponent’s momentum. In order to win matches at the international stage, each player must become able to win the individual battles to help the team build positive momentum.

DF #22 HASHIOKA Daiki (Urawa Red Diamonds)
We once again conceded a goal in the closing minutes of the match. It shows that there is something we lack as a team. In order to win matches like this, we cannot let our guards down at any moment. We are now eliminated from the tournament, but we must continue to strive to win the next match as the representatives of Japan. We will give our best efforts to showcase a positive performance on the pitch.

MF #6 SAITO Mitsuki (Shonan Bellmare)
Even if you can take control over the ball possession, you cannot win football matches if you cannot score goals, so in that sense, our opponent was the stronger team today. We weren’t able to implement the lesson we learned from our previous match and ended up conceding another goal towards the end of the match. I am very disappointed with this result.

MF #16 SOMA Yuki (Nagoya Grampus)
The goal came as a result of our shooting drills we have been conducting at a regular basis. However, I wasn’t able to deliver my crosses where I wanted, so I must improve the quality in that aspect. We must also acknowledge the fact that we have conceded goals in the crucial minutes in back to back matches. I feel fortunate that we still have one more match to play at this intensity. We will prepare ourselves in the best way possible to showcase a strong performance in our last match. 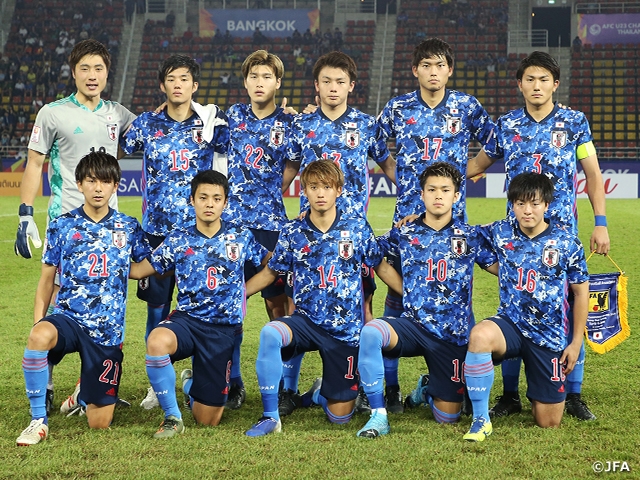