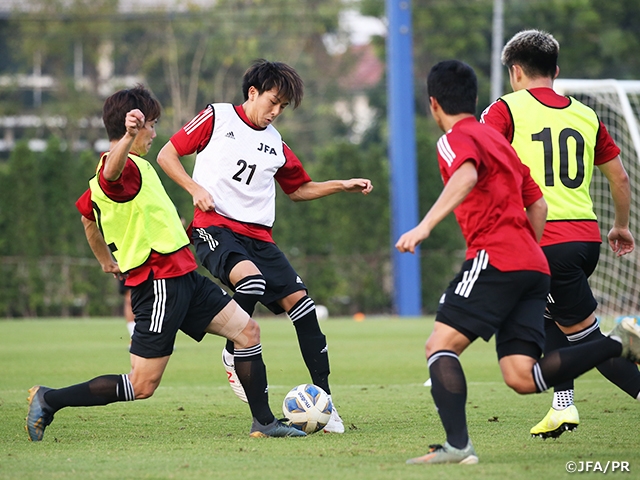 One day following their match against U-23 Saudi Arabia National Team at the AFC U-23 Championship Thailand 2020, the U-23 Japan National Team held a training session in Bangkok on Friday 10 January.

On this day, players who started the match against Saudi Arabia and UEDA Ayase (Kashima Antlers) remained at the hotel to monitor their conditions, while the rest of the squad appeared at the training ground. Following their warmup routine, the players were seen playing possession drills and mini-games to work up a sweat, as the session lasted for an hour and a half.

A birthday cake was prepared by the media staffs for SAITO Mitsuki (Shonan Bellmare), who turned 21 on this day, as the midfielder commented, “I feel like a celebrity to be celebrated by so many people. We will make sure to win our next match.”

Following a disappointing loss to Saudi Arabia in their first match, Saito shared his thoughts towards the next match, “The team is in a must win situation. We will be facing tons of pressure, but we must fight with courage.” Goalkeeper KOJIMA Ryosuke (Albirex Niigata) also mentioned, “We must heighten the maturity level of our team ahead of the Tokyo Olympics. In order to improve our combinations, we must communicate with each other on and off the pitch.” 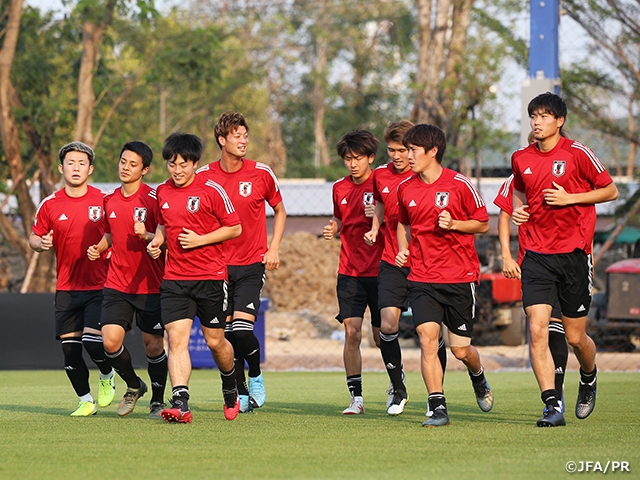 GK #1 KOJIMA Ryosuke (Albirex Niigata)
We must be result oriented, especially with the team striving to win the tournament title. We must heighten the maturity level of our team ahead of the Tokyo Olympics. In order to improve our combinations, we must communicate with each other on and off the pitch. Following our previous match, each player has felt the need to improve ourselves, so we hope to work on the small details to heighten the overall quality of our plays.

MF #6 SAITO Mitsuki (Shonan Bellmare)
We showed plenty of attacking patterns during the first half and our performance in the second half was not bad until we scored the equaliser. In order to keep our opponents on their toes, it felt like we had to play simple and make bolder moves, especially in the attacking third. Of course, that is just an observation from the bench, so I will keep that in mind when I am given the opportunity to play on the pitch.

MF #18 TAGAWA Kyosuke (FC Tokyo)
We discussed how we can implement this loss to our next match against Syria, and the entire team remains positive at this moment. If I am given the chance to play on the pitch, I will make runs behind the opposing defence line to create opportunities and make plays to hold the ball upfront to help out our midfield. 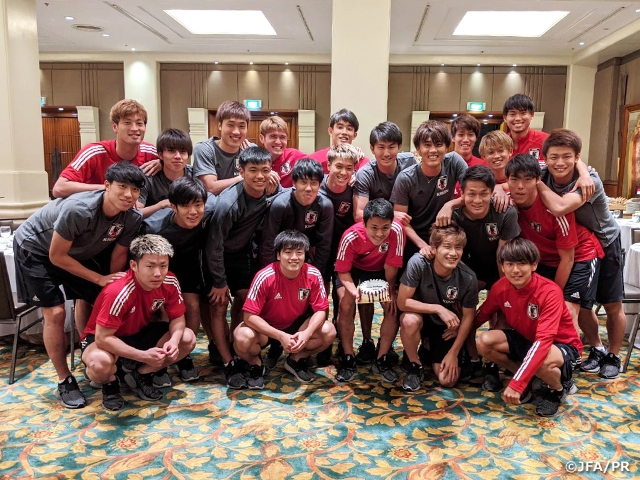