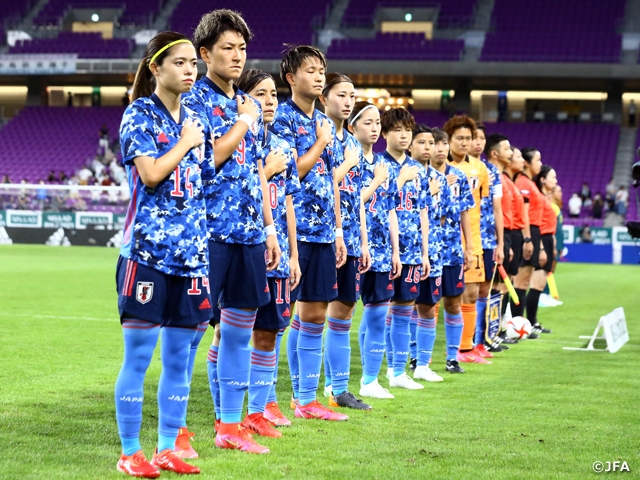 The Games of the XXXII Olympiad (Tokyo 2020) is upon us, and ahead of the opening ceremony that is scheduled to take place on Friday 23 July, the women’s football tournament will kick-off on Wednesday 21 July.

12 countries will be divided into three groups of four teams, with the top two teams of each group and the two best third-placed teams advancing to the quarter-finals. Matches leading to the semi-finals will be played with two-day rests, making the competition a true testament to the team’s overall strength.

Japan, Canada, Great Britain, and Chile will compete in Group E, where their first match will take place in Sapporo.

For the Nadeshiko Japan (Japan Women’s National Team), this will be their fifth appearance in the Olympics. After missing out in 2016, the Japanese side will seek to earn their second medal since winning silver at the 2012 London Olympics. Their team is based on the squad from the FIFA Women's World Cup France 2019™ with the likes of TANAKA Mina (INAC Kobe Leonessa) and KITAMURA Nanami (Nippon TV Tokyo Verdy Beleza) adding new options to the team.

Canada has won back to back bronze medals in the recent two Olympics. Led by Christine SINCLAIR, who has 299 caps and 186 goals under her belt, the North American side will seek to make a deep run in Tokyo.

Olympic debutants Chile has won their ticket to Tokyo by defeating Cameroon at the CAF-CONMEBOL play-off. The team also made their first World Cup appearance at the FIFA Women's World Cup France 2019™, becoming a force to be reckoned with at the international stage.

In Group F, China PR, Brazil, Zambia, and Netherlands are in line to start off the action in Miyagi. Propelled by their ace WANG Shuang, China PR has earned their seat into the Olympics by defeating Korea Republic at the Asian qualifiers.

Brazil is seeking to bounce back from their fourth place finish at the 2016 Rio de Janeiro Olympics. Led by their ace MARTA, the Brazilian side will try to become the first South American team to bring back the Olympic gold medal in women’s football.

Zambia will be making their first appearance in international competition, as they are the only representative from Africa. Despite being ranked 104th in the FIFA ranking, the Zambian side has won over Cameroon, who reached the round of 16 at the FIFA Women's World Cup France 2019™, to earn their ticket to Tokyo.

Following their second place finish at the FIFA Women's World Cup France 2019™, the Netherlands will make their first appearance at the Olympics. Coach Sarina WIEGMAN has been named to take the helm for the England Women’s National Team after the Olympics, giving them extra motivation to send off their coach on a high note.

The Group F fixture between China PR and Brazil will kick-off the women’s football tournament, as they will square off at Miyagi Stadium on Wednesday 21 July at 17:00.

Group G features teams who are no stranger to the Olympic games, as Sweden, USA, Australia, and New Zealand will compete in the same group.

As the only European country to compete in every Olympics, Sweden won the silver medal at the 2016 Rio de Janeiro Olympics. With the emergence of new talents such as Stina BLACKSTENIUS, the team is seeking to make another deep run at the Olympics.

The USA is ranked number one in the FIFA ranking, and has won five medals in the past six Olympics, including four golds. The team is coming off a win at the FIFA Women's World Cup France 2019™, eyeing to become the first reigning World Cup champions to win the gold medal.

It became a hot topic when the two host countries of the FIFA Women's World Cup Australia & New Zealand 2023™ were drawn into the same group, as the two Oceanian teams will clash on Wednesday 21 July at Tokyo Stadium. 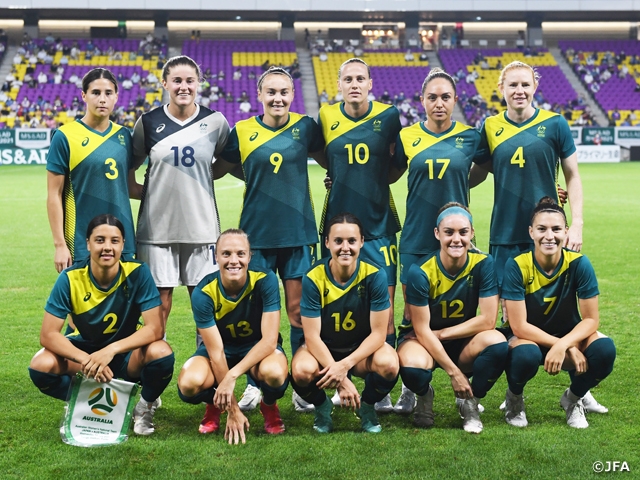 The women’s football tournament final will take place at the Olympic Stadium (Japan National Stadium). Stay tuned to find out who will be stepping on the podium after everything is set and done on Friday 6 August.