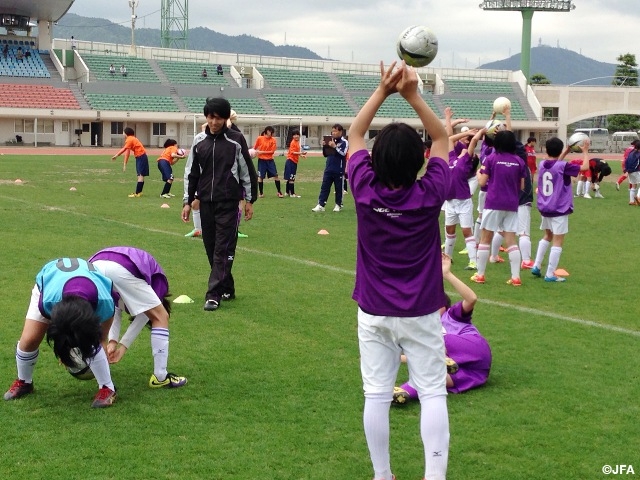 This article is part of an introduction to the policies and activities of each Prefectural Football Association which is divided into 12 categories: ‘Seniors’, ‘Class 1’, ‘Class 2’, ‘Class 3’, ‘Class 4’, ‘Kids’, ‘Women’, ‘Futsal’, ‘Beach Soccer’, ‘Referee Committee’, ‘Facilities Committee (Environmental Maintenance)’ and ‘Technical Committee’. We hope you read through this article and become familiar with the various activities held across the country.

This is the second part of the “Women” series.

In 2012, a non-profit organisation “Hiroshima Yokogawa Sports and Culture Club” launched a local women’s football club whose name is “Ange Violet Hiroshima”. The club aims to create a women’s football team which can join in the Nadeshiko League, Japan Women’s Football League, to share in the sense of dream, hope and excitement with the local society. The team whose players are not only from Hiroshima but also from other prefectures won the prefectural league in their first year, and then Chugoku league in its next year. In their 3rd year, the team was promoted in to the Challenge League, the second league.

In April 2014, “Ange Violet U-18” was launched as an academy team to develop and disseminate women’s football in Hiroshima prefecture. Even though the team is called “U-18”, most of the players of the team are 12-13 years old. “In Hiroshima, there aren’t many opportunities for girls to continue playing football after 12-14 years old. We want to create a good environment for girl players to: start playing, continue playing, and keep playing seriously”, says Shibamura Kazuki, coach of the team. “I want to work hard to make Ange Violet Hiroshima U-18 one of the big choices for girl-players. I always ask the players to think well on their own, this is let them to express what they think they need to do by understanding how other members of the team work for together to promote good team play. I believe this will lead to development of and to disseminate women’s football across Hiroshima, and I am happy to work for this”, he continued.

In August 2014, Women’s Committee of Hiroshima Football Association organised “Women’s Football Square” the “Hiroshima International Soccer Games 2014”. The event was for encouraging younger girls under age 12 to enjoy football, and the U-18 players of Ange Violet Hiroshima supported the girls by playing football together. The U-18 players seemed to be happy to enjoy football with more girls of the same age group
.
Hiroshima Football Association keep working to foster women’s football locally in Hiroshima by launching many more teams which are happy to work with us in the future. 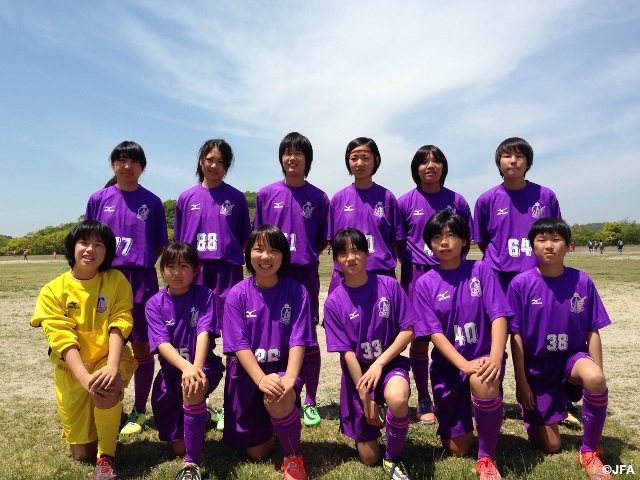