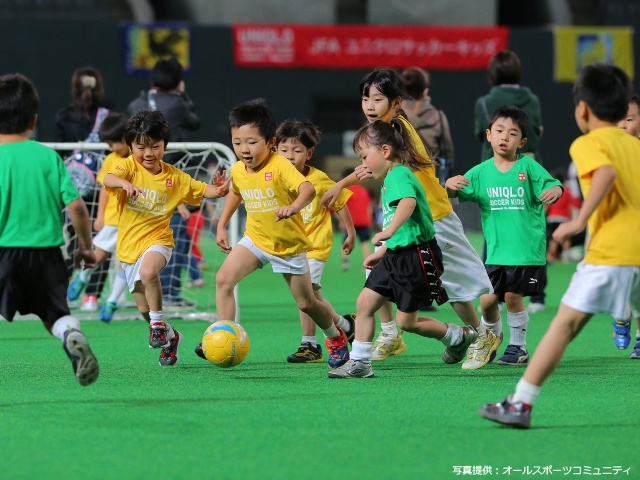 The JFA Uniqlo Soccer Kids is a series of fun football events where any children of age 6 and under can enjoy football. On Monday 3 November, Approximately 1,300 kids from 115 teams, including 72 individual participants, joined the event at Sapporo Dome in Sapporo, Hokkaido.

The name, logo and registration method of the event were changed from this year. As a few newly-installed features to make the event more enjoyable, an interview backdrop was placed at the event site for the photo session purpose, while participating kids’ comments were displayed on the big screen.

The Uniqlo Soccer Kids will continue its festival throughout the nation as it is currently scheduled at 14 venues such as major domes and football stadiums. 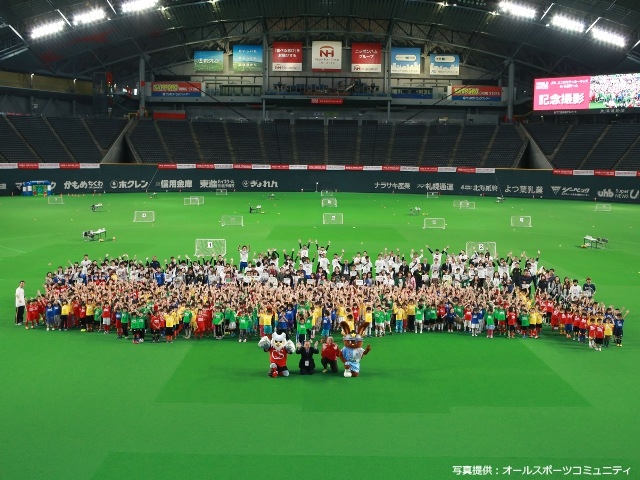 DEGUCHI Akira, Chairman of Hokkaido Football Association
Did you all enjoy football? You all did a good job today. I saw you were running a lot. I saw you were enjoying your time. Please appreciate for the shirt that you got from Uniqlo and play football in your nursery or kindergarten. There will be an event called Consadole Espolada Cup here at Sapporo Dome next February. I hope you will come and join the event with the shirt on. I would like to express my deep appreciation to Uniqlo, which supported us as a special sponsor. Thank you very much for taking part in the event, Mr. Kojima. Thank you very much, Dole Kun and Rispo Kun. (at the closing ceremony)

KOJIMA Nobuyuki, former Japan international
Some teams won, some teams lost, there could be a lot of kinds of teams, but the most important thing is that you enjoyed your time and worked hard to the end with your friends and your teammates. Today some staff members from pro football and futsal teams came here, so their scout may come to your house in a near future and you would be asked “please sign with us.” Mothers and fathers of the players here, they all worked hard today. Please give praise for their work today when you sit around the dinner table. The fun memory is very important for football players. I wish many future Japan internationals will come out from here. Thank you very much. (? at the closing ceremony)

FUKUDA Kasumi, one of participant’s parents
I was surprised the event was such a big one supported by Uniqlo. There were 10 pitches in the Sapporo Dome, and a lot of people coming out here were enjoying their time. My children also had opportunities to get to know other teams and experienced a lot of games. I definitely want to take part in this event again.

OHTATSUME Aya, teacher of Asahikawa Futaba Kindergarten
Looking at our children working hard today, I felt I also need to work harder. We got together for a practice only once before coming here. We don’t usually play football as part of our programme, so we couldn’t score as many goals as other teams. That might disappointed our children, but I want them to get motivated from that for further efforts. We took part in the event with 20 senior grade kids in our kindergarten, who applied for the event. Each family came here by their family car or JR lines and then we made two teams for the games. Our kindergarten has joined this event six or seven times. I saw our children were cheering peers, running and chasing the ball, and their parents cheered their children. We want to join again. 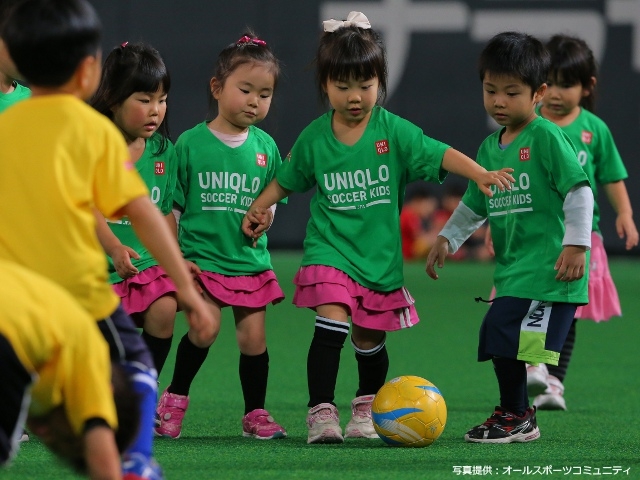 Besides these events, the event in Osaka and Kanagawa is planned after January 2015.  The information will be available on JFA official site once the detail is fixed.