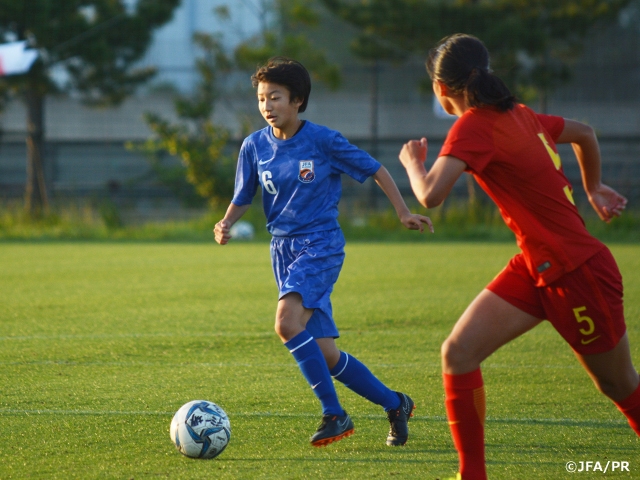 In efforts to raise the overall level of the sport and to provide a platform for international exchange, international friendly matches were played between JFA Academy Sakai and U-15 China PR Women's National Team at J-GREEN Sakai on Wednesday 9 and Wednesday 16 May.

Given the opportunity to face foreign players of their own age group, players of JFA Academy Sakai entered the matches with strong intentions to showcase what they have been working at their daily trainings.

In both matches, the two teams showcased intense battles on the pitch, but once the matches were over, the players applauded each other for their efforts. 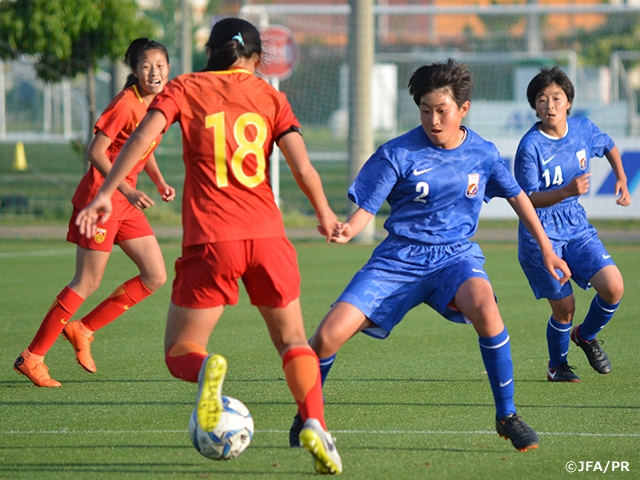 Coach MIWA Yui
It has been two months since starting a brand new year, and we entered the matches with the intention to showcase what we have been working on, such as “work hard in both offence and defence,” “win the ball,” and “increase the play speed.” Throughout the two matches, we were able to focus on making quick transitions, while showcasing good combination plays in both offence and defence. In defence, we managed to make quicker approach to the opponents to win the ball but lacked the quality to keep possession of the ball. Through these matches, the players have realised the need to raise the overall level of their trainings and to strive for higher quality even under intense pressure. Thank you very much.

ASAKURA Kanako (5th Class/Okayama Yunogo Belle Espoir)
I have played against a few foreign teams in the past, but this match was the most nervous match I have played so far. In the past, there were older players who led the team, but now that we are the oldest players on the team, I was feeling the pressure to take on that leadership role. Our opponents showed great speed and power, which were apparent when they took advantage of our mistake to score the opening goal in the match played on the ninth. However, it felt great when I was able to score the go-ahead goal in the second half.

In the match played on the 16th, I was named as the game captain, but I was not communicating with my teammates enough and got myself involved in a play that led to our opponent’s goal. I was too focused on my own plays and did not have the capacity to communicate or make plays to help our team build a positive vibe. Through the two matches played against U-15 China PR Women's National Team, I was able to find out what I need to work on as a player. There were also moments where I felt like I was able to showcase my current strengths, so overall, this was a wonderful experience. I will utilise this experience to work on the aspects I need to improve on.

NAGAO Nonoka (6th Class/FC-Fervor Mimosa)
I was looking forward for this opportunity to face the U-15 China PR Women's National Team. The players of the China PR Women's National Team were very tall, and it was evident that they had an advantage in physiques. I played in both matches, but in the match played on the ninth, there were many occasions where I was not able to keep up with the opponent’s speed. The opponents also showed great physical strengths, as there were scenes where I was knocked down when I made an approach to the ball.

In our match played on the 16th, I entered the match with the intention to improve on our first match. I made the adjustment to approach the ball quicker and as a result managed to win the ball more often. However, there were still moments where I allowed the opponents to break through the space behind me, so I still have plenty of room for improvements. Being able to play against other national teams of our age group is rare and it has given us a priceless learning experience. In order to become a better player, I will work on the aspects where I need improvements, while implementing the plays I learned from the opponents. 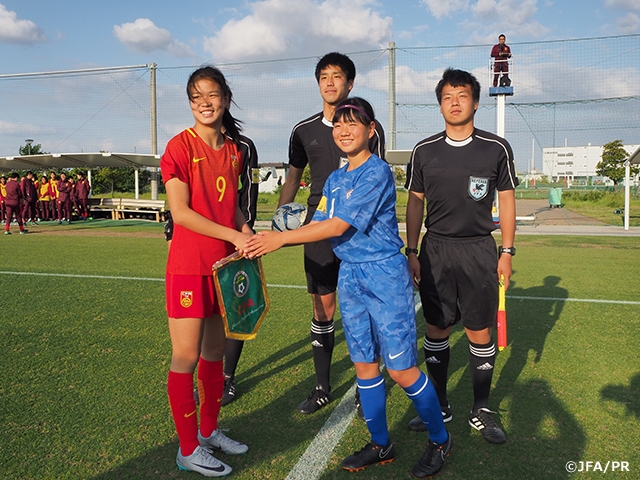