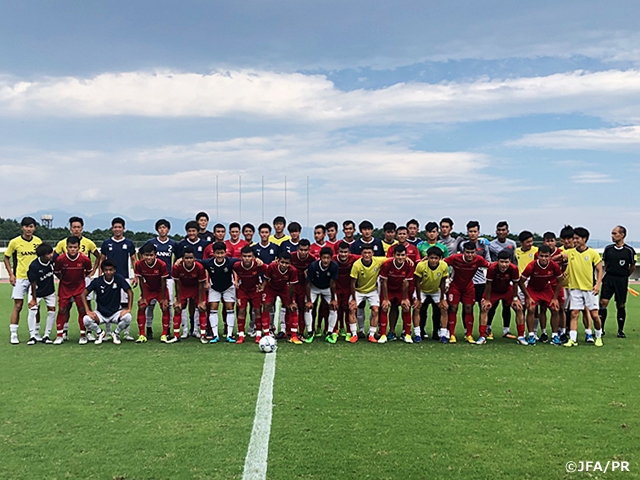 The U-19 Vietnam National Team held their training camp at Tokinosumika Sports Center in Shizuoka for 12 days from Tuesday 28 August to Saturday 8 September. The camp was held in preparation for the AFC U-19 Championship Indonesia 2018, which starts on Thursday 18 October. The team was seen devoting their time to strengthen the team as they conducted three training-matches during their stay.

The players were seen spending their time walking around their hotel while enjoying their time along with the players and staffs of the U-16 Vietnam National Team, who were also conducting a training camp during the same period.

On Friday 7 September, one day before returning to their country, the team spent their time to observe Fujieda MYFC and visited the sports shop as well as the outlet mall. Unfortunately, the weather didn’t comply with them to view the scenery of Mt. Fuji, but the players were seen enjoying themselves shopping and tasting the Japanese cuisines and sweets. The team’s training schedule was affected by the arrival of the typhoon, but the players and staffs have seemingly enjoyed themselves, making it a productive training camp for them. 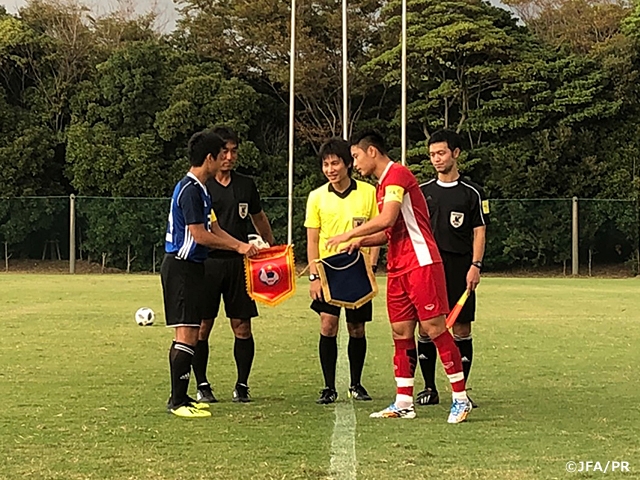 Hoang Anh Yuan, Coach
The air was clear and the hotel we stayed was very clean in Tokinosumika. We were able to spend a great time here. The meals served here were very delicious as the restaurant staffs provided us with exactly what we requested for. The environment was perfect for our trainings, as the synthetic field allowed us to train even under rainy weathers. We are very satisfied with this training camp. Through the three training-matches conducted during our stay, the team was able to learn where we stand at this moment and the staffs were given the opportunity to confirm both our strengths and weaknesses. This camp has given us a great opportunity ahead of next month’s AFC U-19 Championship Indonesia 2018. I would like to thank the JFA, all the staffs at Tokinosumika, and everyone else who made this camp possible. Thank you very much.

DANG VAN TOI, Captain
This camp has allowed us to prepare ourselves ahead of the AFC U-19 Championship Indonesia 2018. Through the three training-matches, we have learned our weaknesses. We will make the necessary adjustments ahead of the Championship to earn good results. This was truly a satisfying camp including the meals served and the accommodations. This opportunity to hold a camp in Japan at this period of time has given us a great edge. It was unfortunate that we couldn’t view the scenery of Mt. Fuji due to the weather, but we still enjoyed ourselves through shopping and sightseeing. I would like to express my gratitude towards everybody who has supported us during this camp. Thank you very much.

NGUYEN HONG SON
This camp was a very productive camp for everyone on this team, including myself. Especially the opportunity to experience the high-level techniques and teamwork displayed by the Japanese teams were priceless. Through the three training-matches, I have learned that I must work harder to improve my techniques and that we must mature as a team. Ahead of the AFC U-19 Championship, we must implement what we have learned during this camp into our daily trainings so that we can become a better team. The meals served at Tokinosumika was so impressive. Our accommodation was also shaped in a very unique way, and we had such a great time here. 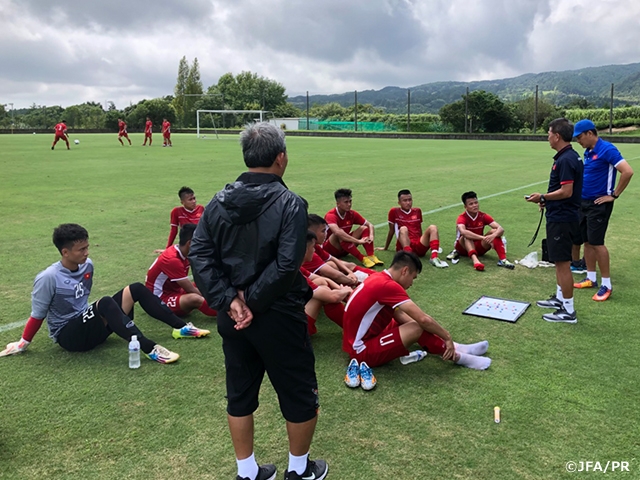