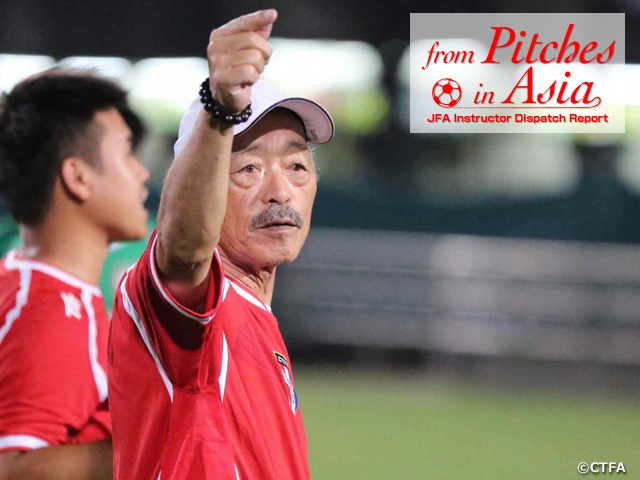 The 28th edition of “From Pitches in Asia”, in which we introduce the viewpoints of instructors active in Asian countries, is written by KURODA Kazuo, who takes on the responsibility as National Team Coach at the Chinese Taipei Football Association (CFTA).

From Director of Youth Development to National Team Coach

My assignment in Chinese Taipei marks its fifth year in May 2017. Starting as a coach of U-18 National Team, I have assumed various responsibilities as coaches of U-15, U-14 and U-13 National Teams and worked on coach education, grassroots activities and implementation of new training centres, and travelled all over the nation. There is a Japanese expression, ‘education requires a nation a long-term perspective of 100 years’. It may not require as long as 100 years, but still youth development in football may take 50 years until it sees the actual result. Therefore, I cannot assess my own assignment at this moment, but I believe I was able to plant seeds of hope for the future of football in Chinese Taipei.

In the summer of 2016, the post of men's national-team coach became vacant, and I was appointed to manage the team. Reminding myself of all the support I received from people in Chinese Taipei, let me look back on the past six months since I assumed this important responsibility last November. 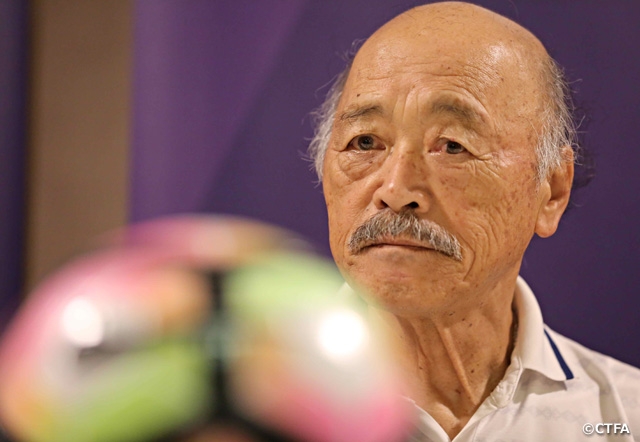 In the second round of EAFF E-1 Football Championship 2017 in Hong Kong last November which was held immediately after becoming the national team coach, I did not have enough time to fully understand the capabilities of each player and had to follow my predecessor’s team strategy to compete in the tournament. We lost 2-0 to DPR Korea in the tournament opener and 4-2 to Hong Kong in the second match. However, we secured a win over Guam 2-0 in our third game. I must say I was over the moon after posting my first victory as a national team coach. Furthermore, in the beginning of 2017, we had a chance to face J. League Division 1 Club, Albirex Niigata, in a training match and improve our team including young players.
With little experience in coaching the national team, I was concerned about how to unify the team with players across different age groups. After managing the team for three months, I realised that ‘I cannot be worried about the things I cannot do. I must take the initiative, lead by example, and communicate my ideas directly to the players’. Thereafter, I considered working together with my staff as my top priority in coaching the national team.

Three Rules of Conduct:
① Look in the eyes when listening to someone
② Never put blame on others
③ Never speak ill of someone

Six Principles for Personal Growth:
① Stay positive and be cheerful (Be first to greet others)
② Be honest
③ Show appreciation
④ Learn from mistakes
⑤ Show respect to others
⑥ Be modest

I repeatedly advised the players to follow these six principles and then saw players, who were initially shying away, shake hands with smiles. Simply by being able to say ‘thank you’ can drastically brighten the mood inside the team and I was able to observe the positive effects it had on the team as well.

Targeted Football Team:
Two players combine to have the effect of three players on the pitch by capitalising on the characteristics of the people of Chinese Taipei. Players will not simply follow the orders, but take the initiative and act on their own, and have fun as well.

I increased the number of times and hours for team meetings as well as the time to spare for readings. Few players disagreed with my decision, but largely supported by the younger players, the mood of the team brightened significantly. Then, I began to enjoy the training camps and the positive changes I could see within the team.

Ahead of the first qualifier match against Turkmenistan in March, we received an offer from the Vietnam Football Federation to hold an international friendly match at Hanoi. We have taken this opportunity to hold a training camp in Vietnam for a week to prepare for the match and drew 1-1 in this away meeting. With only four days prior to the home game against Turkmenistan, the squad members playing abroad joined the team with only three days prior to the match. Unfortunately, the physical condition of the players was not in top form and we could not raise their motivation levels as well. As a result, we lost our first match 3-1.

To address and correct the issues from our first match, along with the staff of the national team, we held numerous meetings in details and came up with a plan to raise the football level of squad members playing locally at the same time assembling the full squad with overseas-based players joining the team as early as possible. Ahead of the away encounter against Singapore for Match Day 2 in June, we requested the CTFA to call up the overseas-based players to the training camp in Singapore a week prior to the match and secure the artificial turf ground for two weeks for domestic training camp. Xavier, who is currently playing for the Belgian league, joined the team as well. After arriving in Singapore, it was also beneficial that we were able to use the artificial turf ground of Albirex Niigata for training.

A ‘beautiful game’ of football cannot be achieved without teamwork. With eight overseas-based players in the starting XI, only three out of fifteen players from the domestic league can start the game. How to bridge the gap between these players had become an important issue for the team. To promote equality within the two groups, aforementioned team rules (“Three Rules of conduct and Six Principles for personal growth”) were strictly observed. Fortunately, all the overseas-based players understood and promoted the importance of these rules with high sportsmanship.

Now we turned our attention to the tactics which I had decided to explain in simple terms. Our game plan was simple: ‘to score first and send passes that will create good off-the-ball movements of other players (while keeping in the mind change of sides, usage of long balls, and dynamism in passing)’. Furthermore, I instructed the players to encourage each other on the pitch during the game as well.

I must say the ‘God of Football’ was watching the hard efforts put forth by our staff behind the scene. All the reserve members on the bench joined and cheered the eleven players on the pitch. This sense of unity in the team reminded me of high-school football and time passed by quickly as well. At last, we all shared the moment of final whistle that signalled our 2-1 victory over Singapore. We came from behind to claim a dramatic 2-1 away win! It was a historic win for Chinese Taipei supported by CTFA President Lin and CTFA staff working together with our national-team staff and players. It was a cherished moment I shared with my players and made me cry as well. Actually, it had been a long time since I cried from winning a game.

We have only played two out of six matches in the Asian Cup Qualifiers. While advising my players that we still have more work to do, I parted with my ‘Dream Team’. I hope to see you soon! 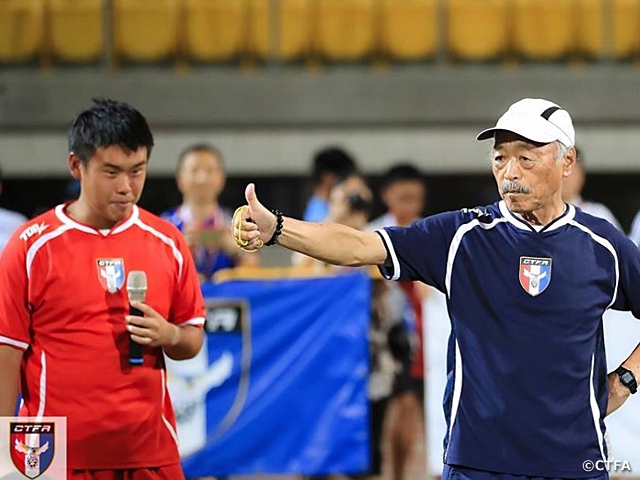