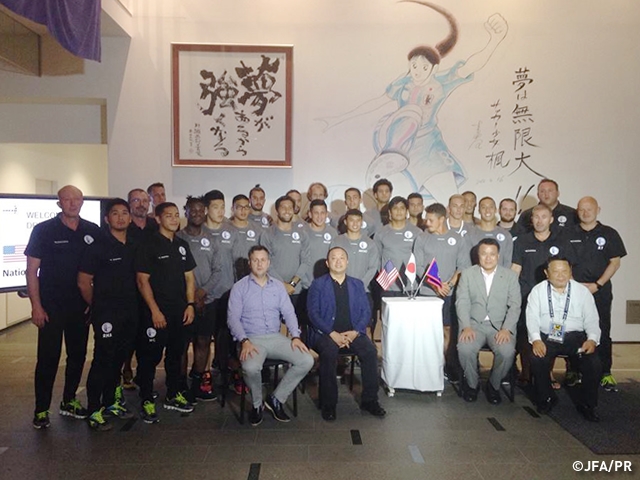 Guam National Team held a training camp at J-GREEN Sakai in Osaka in preparation for the coming matches against Iran and against Oman in the second round of the 2018 FIFA World Cup in Russia Asian qualification.

Although some players and staff had to join the team belatedly due to Typhoon No.15, they had a productive time during their stay, playing a training match against Hannan University and doing sightseeing in Osaka City.

In the first half, Hannan University used the formation, which was requested by the coach of the Guam National Team.

Guam National Team held good practice sessions in the excellent environment of J-GREEN Sakai and finished their training in a good way before leaving for Iran. 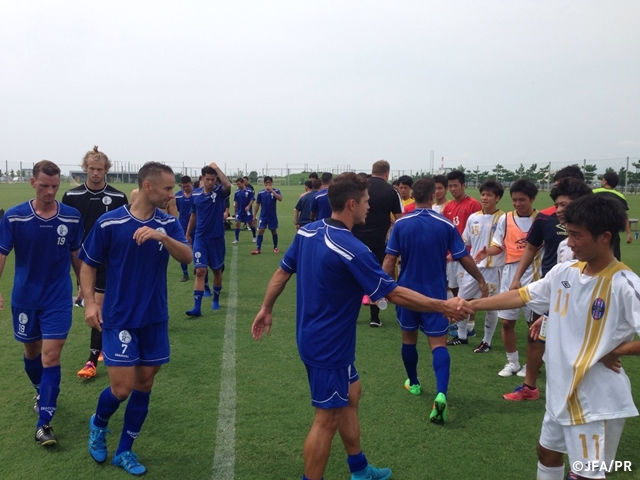 Ross Awa
Guam National Team have had a camp in J-Village before. They spent a very productive time again in this camp. Guam football needs similar training facilities as J-GREEN Sakai more than anything, because we haven’t got sufficient ones in our national training centre. It’s still difficult for us to improve, develop or encourage football in our environment.

I was very surprised to hear that J-GREEN Sakai is constructing more pitches. All the staff at the site gave such hospitality to us and welcomed us warmly. Thanks to that, we could finish our camp in the best possible way.

Gary J.White, Coach
We had a great training camp with first-class level service with the staff, facilities, and meals at J-GREEN Sakai. Even though some players arrived in Japan separately later than others, we had very productive practice sessions.

Hannan University played systematically and we played an ideal practice match prior to meeting Iran. We’d like to focus on improving the team’s tactics, including increasing options in attack and working on marking in defence, before the coming games. I really appreciate all the staff from JFA, who arranged this camp for us.

Cunliffe Jason, Player
The environment of J-GREEN Sakai was truly excellent. Thanks to JFA’s arrangements, the training camp was very productive. As more players will join the team from now, we still need to improve ourselves as a team. We also held a practice match against a high-level Japanese university team to check our tactics. I’d like to focus on our defence and meet Iran as a united team. 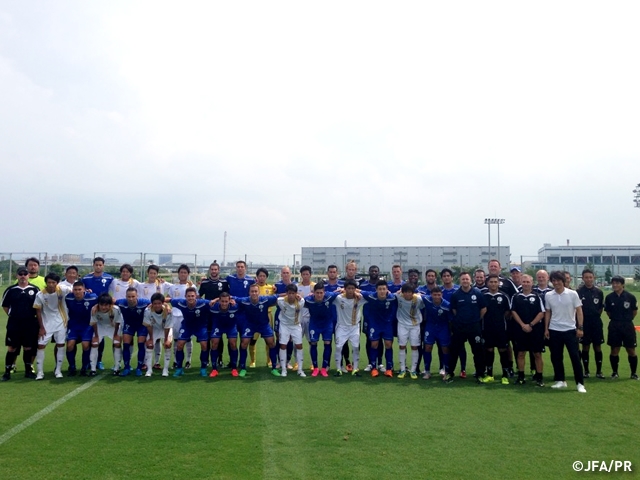