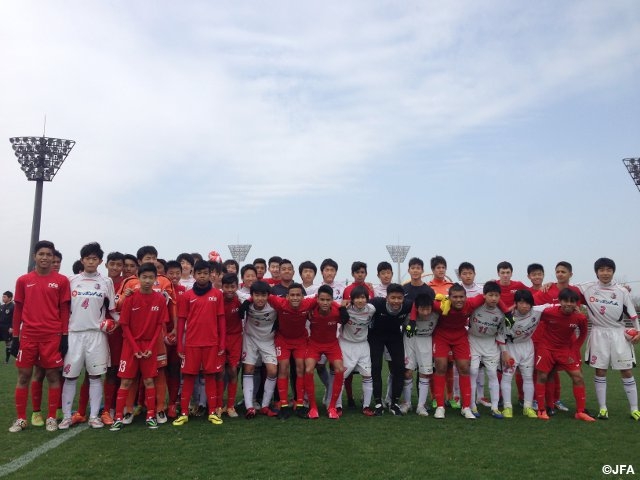 The Singapore U-15 team held a six-day training camp at J-GREEN Sakai. Head coach Selvaraj Vengadasalam came to Japan along with the Singapore U-16 team last year, while he had also visited there when he was a player for the U-14 team.

The team played exhibitions with three different teams during the term. They attempted to strengthen themselves by carrying out defensive-oriented strategies. 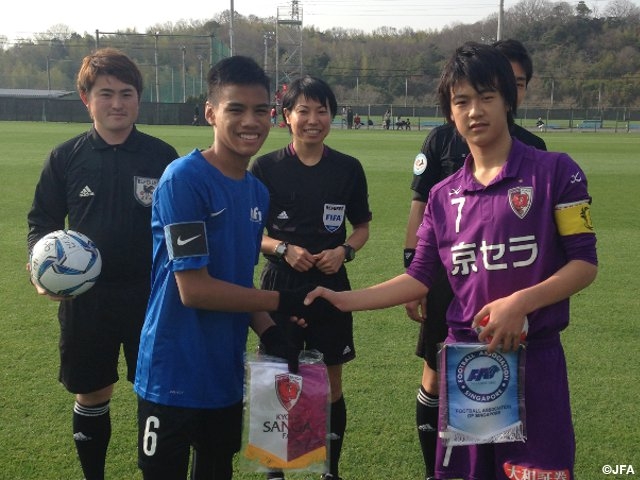 They were hit by a heavy rain during the game against Gamba Osaka U-15 team, but as their families from Singapore sent cheers from the stands, the Singapore players exhibited some enthusiastic plays. Although they stayed for a short time, the team enjoyed some shopping and sightseeing in their spare time, and the members said that they had fulfilling six days. 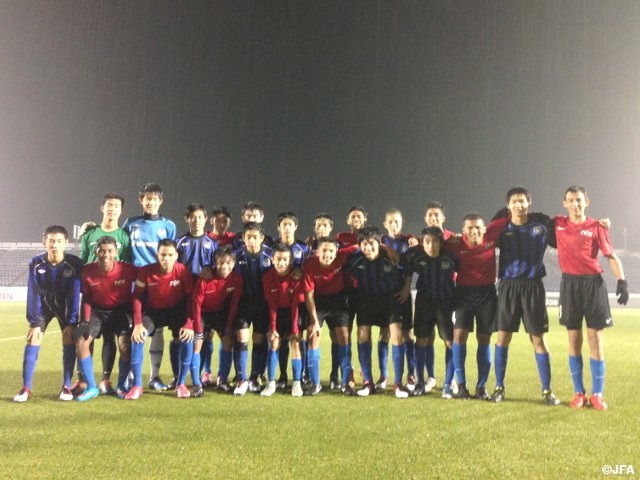 Selvaraj s/o Vengadasalam, Head Coach
Throughout the training camp, we were able to have prepare ourselves well enough and proceed our menus smoothly. The content of the camp was what we wanted it to be. And on top of that, it was great that we wound up finishing without having any injuries. We weren't blessed with a good weather in a game against Gamba Osaka U-15 team, but played the other two in better weather and we are satisfied. And we didn't have to say anything about the meals and facilities while all the staff people were very friendly at J-GREEN Sakai, and it was such a satisfactory training site. On behalf of the Singapore football association, we express our appreciation for the Japan Football Association for having arranged such a great training camp for us this time. We hope to continue to have a great relationship with them.

Akmal Bin Azman, Player
The training camp was meant for developing our unity inside the team and understanding with each other better. We would like to reflect on what we've learned in the last several days moving forward. Each team we faced was a good team and we enjoyed the games with them too. We hope to capitalize on these experiences for our performance. The staff people at J-GREEN were very cooperative and kind. We hope to have another fun training camp if we ever have another one here.

Lim Siew Chen Lydia
It was the first stay at J-GREEN Sakai for us, but it was a great, clean facility to stay. The meals were great and we were satisfied. They responded to our requests and it really helped us out. Each opponents we faced were strong and we had impressions that they were well organized. We are looking forward to seeing how our players are going to learn from the experiences they earned this time. Also, we were surprised by the great manners of the Japanese team. It showed that they were well educated and that's something we need to learn from.