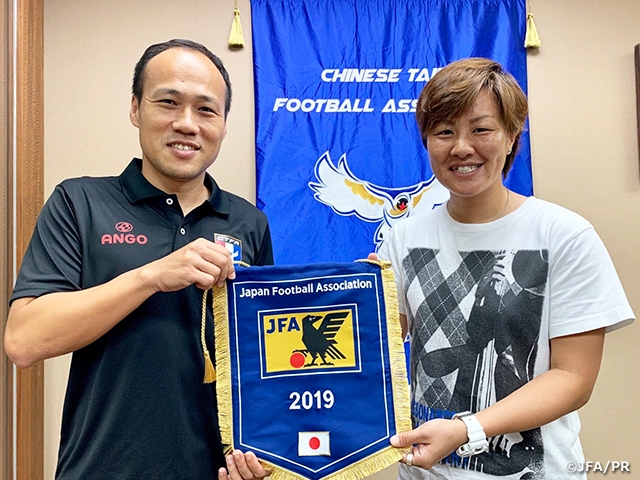 In efforts to support the development of football in Asia, the Japan Football Association (JFA) has been dispatching instructors to many regions of Asia. Most recently, Ms. OTOMO Maiko has been dispatched to Chinese Taipei to serve as the goalkeeper coach of Chinese Taipei Women's National Team to strengthen the team ahead of the final round of the AFC Women's Olympic Tournament 2020.

Ms. OTOMO Maiko
I have been appointed as the goalkeeper coach of the Chinese Taipei Women's National Team. With the final round of the AFC Women's Olympic Tournament 2020 scheduled next year, our main goal is to earn our spot in the 2020 Summer Olympics. I was given the opportunity to temporarily fill in as the goalkeeper coach at the second round of the qualifiers, and after the team has qualified for the final round, I was offered with the position from the Chinese Taipei Football Association, and I am truly honoured for this opportunity. Winning through the final round is a very difficult task, but in order to accomplish something no one has imagined, I will give my utmost efforts for Chinese Taipei. I am also hoping to contribute for the development of women’s football in Chinese Taipei. Let’s strive to earn our spot in the 2020 Summer Olympics!