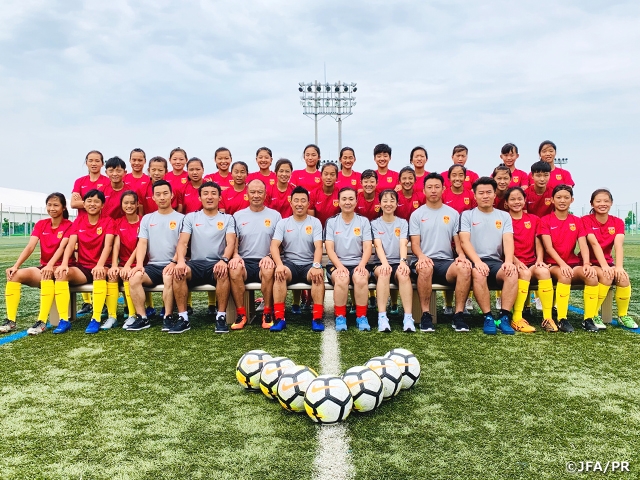 The U-14 China PR Women's National Team held a training camp from Sunday 23 June to Tuesday 9 July at Sakai, Osaka. The camp was held to strengthen the team through numerous matches, as the team played a total of five training matches during their stay. 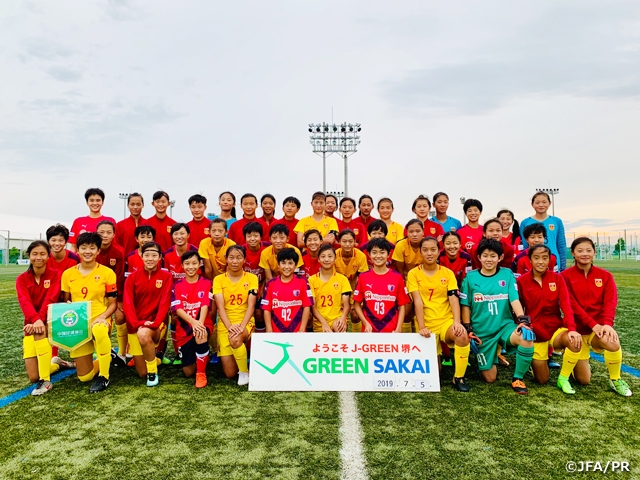 The results of the training matches are as follow:

The players were also seen enjoying themselves shopping and visiting the sceneries of Osaka to spend a productive time on and off the pitch. 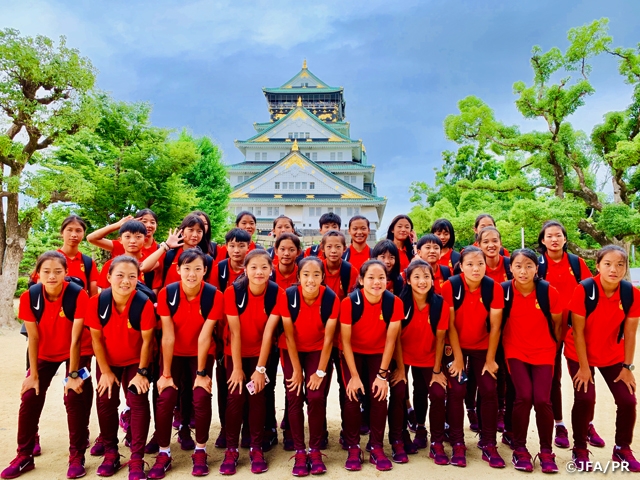 XIE Han, Executive Coach
This camp has once again allowed me to realise the great talents of the Japanese players. Of course, their fundamental skills were exceptional, but more than anything, I was impressed by the intensity shown by the players in the matches. Compared to our players, the Japanese players were much smaller in size, but they still managed to win the physical battles. Their players also showcased the ability to make their own decisions on the pitch to take control of the game. Our accommodation and the training facilities were great, and we were able to spend a wonderful time during our stay. If we have another chance to hold a camp in Japan, we would like to come back and conduct the camp here.

WANG Hong, Technical Coach
Through the matches played against the Japanese teams, our players were given the opportunity to broaden their perspective on the field. The teams we played during this camp showed great fundamental skills to “control, kick, and evade.” They also displayed their deep understanding of the team strategy at the individual level and managed to make the adjustments according to the game flow. In China PR, we do not have many local clubs like Japan, where little kids can learn how to play football. In order to heighten the overall level of football in our country, we need to see changes in that aspect.

LIU Chen, Captain
With this being my first camp overseas, I was excited and worried at the same time. However, the staffs in Japan were very kind and their warm hospitality and the delicious meals served at our accommodation has left me with no worries. Prior to this camp, I had heard that the Japanese players will never give up, but I was able to experience that in first-hand through the training matches we’ve played. I will implement the experience I’ve gained from this camp to showcase a better performance as a member of the China PR National Team.

ZHANG Hongpin, Game Captain
I am glad that we were able to conduct our camp under such a wonderful environment. I was especially impressed by the bath facility at our accommodation. We were gathered from various locations in China PR just four days prior to this camp and we didn’t know each other very well at the start of this camp. However, after each training sessions and matches, we took a bath together to get to know each other, which allowed us to improve our teamwork on the pitch as well. The Japanese players showcased great techniques, and they were very good at implementing their skills in the matches. They displayed quick ball movements that made it very difficult to defend against, while they played defence with great persistency and organisation to keep us away from creating opportunities. I hope to utilise this experience to heighten the overall level of our team and myself as a football player.