Led by coach MITA Michiteru, an official JFA licensed coach, the Northern Mariana Islands U-18 and U-23 National Teams held a training camp from Tuesday 25 June to Tuesday 2 July at Matsuyama, Ehime. The camp was held to strengthen the teams ahead of the Marianas Cup (a two-legged tie against the Guam National Team) and the qualifiers for the AFC U-19 Championship, scheduled in July and November respectively. During their stay, the teams conducted five training matches, while spending time to experience the Japanese culture by visiting the sceneries of Imabari city on Saturday 29 June. 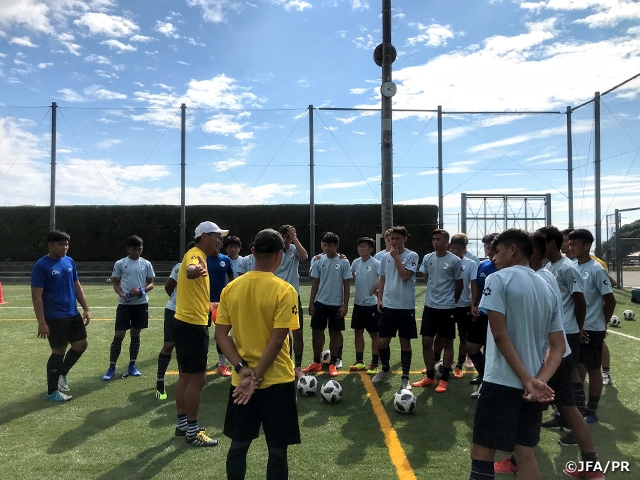 MITA Michiteru, Coach
This was our first time holding a camp in Matsuyama, Ehime. With the support of the JFA and everyone from St. Catherine University, we were able to conduct a very productive camp. The facility and training fields allowed us to train under a wonderful environment, and our players showed great development in the technical aspects, but more importantly, they showed maturation in the mental aspects, which I feel is the biggest accomplishment of this camp.

Jershwin ANGELES, Coach
First of all, I would like to thank the JFA for giving us the opportunity to hold this wonderful training camp. The JFA has provided tremendous support for us. This was an important training camp in order to prepare the team for the Marianas Cup and the qualifiers for the AFC U-19 Championship. The training matches against the Japanese teams have given us the opportunity to develop the team’s overall strengths and build our teamwork. The team was surrounded by a positive atmosphere throughout the camp and the players were able to deepen their bond. With the players spending their time away from home and their family, the camp served as a test to challenge their adaptability, which also gave them the opportunity to become more independent and learn how to support their teammates. This camp allowed us to work together as a team and gave us a priceless experience.

Enrico Dominic DEL ROSARIO
This training camp allowed us to prepare ourselves ahead of the Marianas Cup and the qualifiers for the AFC U-19 Championship. The teams we faced in the training matches were very strong and each match was played in a very fast pace. The fact that we were able to make the adjustments against these opponents gave us great confidence as a team. I was also deeply impressed by the quality of the training fields and the facilities.

Dai PODZIEWSKI
We knew that the Japanese teams are extremely talented and that their players are fast and skilful. By facing strong teams in an unusual environment, it allowed us to gain precious experience. We had to make adjustments during the first few matches, but the team showed great improvements as we played more matches. This training camp has helped us tremendously to prepare ourselves ahead of the Marianas Cup and the qualifiers for the AFC U-19 Championship in November. I am thankful for everything and everybody who made this wonderful camp possible, the facility, transportation, quality of the field, opponents of the training matches, and all the players of St. Catherine University. I am also grateful to be given the opportunity to learn about the mechanics of our body and new training methods, which were something I have never learned in Saipan. 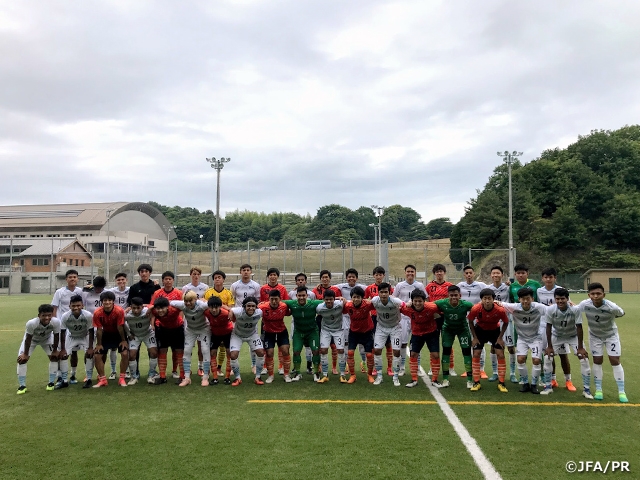