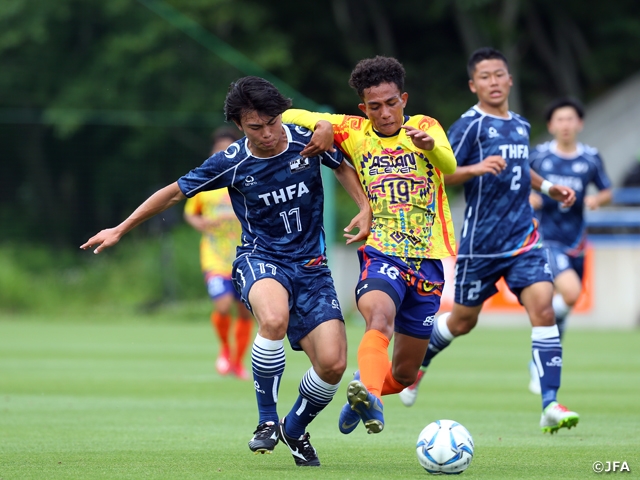 With the support of the Japan Foundation Asia Center, since 2014, the Japan Football Association (JFA) has launched and promoted international football exchange programmes that involves the countries of Southeast Asia. On Saturday 22 June, selected players from 11 countries of Southeast Asia formed a team called "ASIAN ELEVEN" and faced the U-18 Tohoku Select Team, a team that consists of players selected from the Tohoku Region, in an international friendly match named "JapaFunCup" at J-Village in Fukushima Prefecture.

The two sides showcased an intriguing battle that left the score tied at the end of the 90-minute regulation time, sending the match into penalty shootouts to determine the winner. After everything was set and done, the ASIAN ELEVEN took home the Champions Trophy. 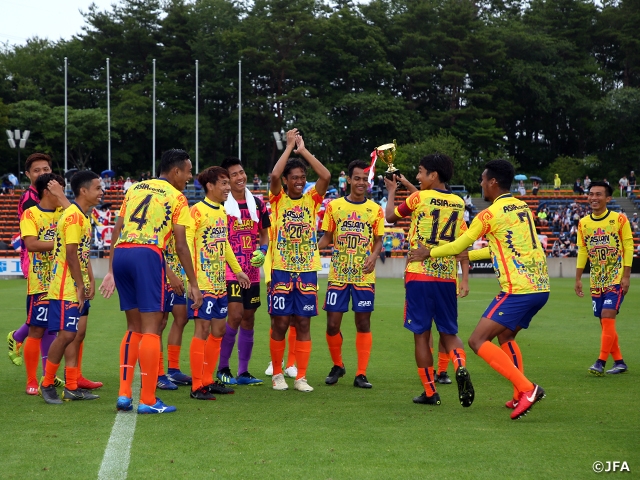 This JapaFunCup was not just all about the match but featured many activities off the pitch as well. The food corner served cuisines from various countries of Southeast Asia, such as nasi goreng and green curry. The attendants of the match took part in creating the match flag, where the flags were painted in many ways that represented the culture of Japan and the countries of Southeast Asia. These flags were put up at the stadium to decorate the match. Also, at the entrance gate, young people wearing traditional clothing lined-up to take pictures with the guests, providing a opportunity for the attendants to interact with other Asian cultures.

During halftime, the Little Glee Monster, who sang the theme song of JapaFunCup “I BELIEVE,” held a live performance that brought the crowd on their feet.

The JFA will continue to promote international football exchange programmes to deepen the friendship with other countries and contribute to the international society at large. 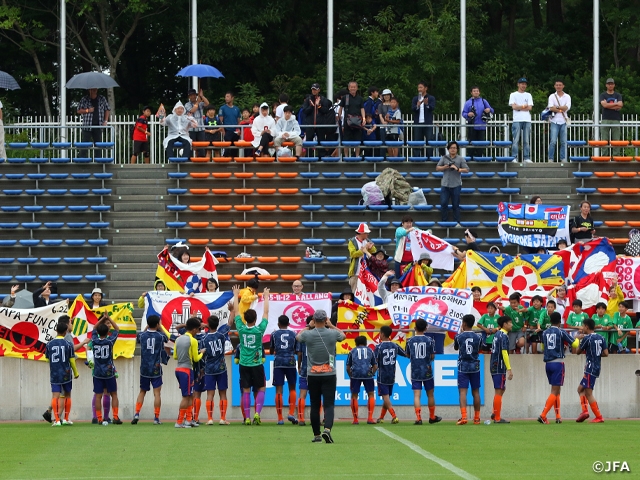 KOGA Takuma, Coach (ASIAN ELEVEN)
It was a very difficult match, and despite entering penalty shootouts, we are glad that we were able to win the match. I am sure that the attendants of this match were able to see the talents of the ASEAN players. I personally believe that our midfielders especially have the potential to play for the J. League teams in the near future. Although our time spent together was limited, we felt like we became as a united team.

TEGURAMORI Hiroshi, Coach (U-18 Tohoku Select Team)
With the match ending in a scoreless draw, our inability to score goals was exposed. Which is a weakness of not only for the Tohoku team, but for Japan as a whole. It was disappointing that we couldn’t win the match, but we were surprised by the performance level showcased by the ASEAN players. It really gave us a sense of urgency that we can’t be sitting on our laurels. We hope to inspire and motivate each other to heighten our potentials. The players of ASIAN ELEVEN showed great composure with the ball and they were very skilled. We have thought that our agility and quickness were our strong points, but the players of Asia shared the same qualities. The players of Tohoku were given a wonderful experience from this match.

Channarong PROMSRIKAEW (ASIAN ELEVEN)
It was a very close match. The Tohoku Select team showed great aggression, and we were forced to be in the defensive end for a long time. However, we still managed to create close opportunities. The match gave us a wonderful experience. By playing against the Japanese players, we were given the opportunity to learn our weaknesses and made us realise that we have to work harder to become a better player. 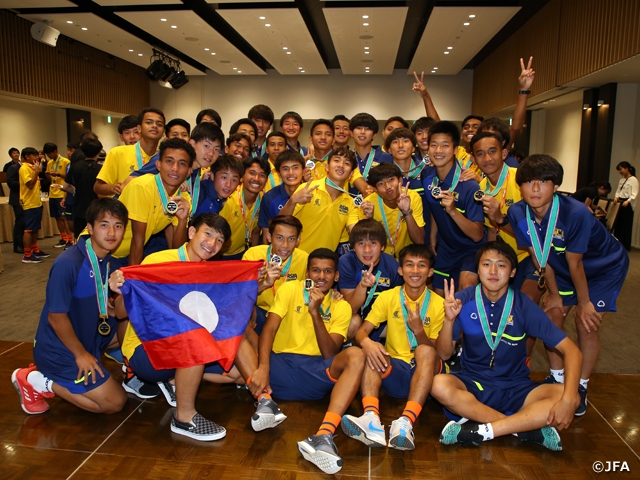