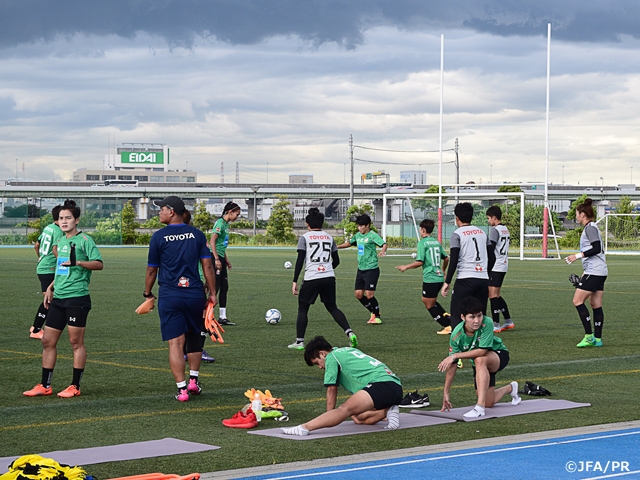 Thailand Women’s National Team held a 13-day training camp at J-GREEN Sakai in Osaka from Monday 24 July to Saturday 5 August. The camp was aimed at strengthening the team for the SEA Games which will begin from Monday 14 August. During their stay, the squad had a total of three training matches.

The results of those training matches are as follows. 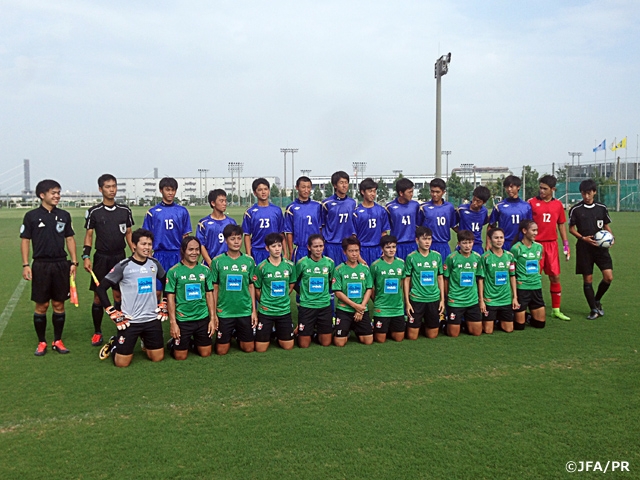 On Wednesday 26 July, the team watched Levain Cup playoff match between Cerezo Osaka and Consadole Sapporo at KINCHO Stadium and Thailand international CHANATHIP SONGKRASIN, who joined Consadole Sapporo this summer, made an appearance in the game as a second-half substitute.

On Friday 4 August, the team relaxed and enjoyed their rest day by going outside of the camp site and experiencing Japanese culture.

SPENCER JUSTIN PRIOR, Coach
It was my first time to come to Japan as the coach of Thailand Women’s National Team, and I was impressed by the wonderful training facilities at J-GREEN Sakai. There are more than 10 training grounds of high quality, butthey were booked all the time. I felt the high popularity of football in Japan as well. Thailand has entered the Monsoon season. Pitch conditions are poor and it is difficult for us to have good training. Thus, it was very meaningful for our national team to have given a chance to train in Japan at this time of the year.

In the training matches, I felt that Japanese players were excellent on the ball. To be more specific, our third opponents, Cerezo Osaka Sakai Ladies, were comprised mainly of young players, but the quality of their passing, controlling and dribbling was first-rate. I observed that Japan have outstanding coaches who are involved in the development of women’s football. Moreover, Japan seem to be struggling to rebuild their team after the retirement of their iconic player Sawa, but watching the high level of football that has been demonstrated by these young players, I expect a bright future for the national team as well.

I cannot say that I am satisfied with the results of the training matches, but the players have displayed a number of good plays as well. We are more unified as a team after this training camp and are looking to showcase our style of football in the SEA Games which will be starting in a week’s time and gain some momentum to book a place in the 2019 World Cup.

SRANGTHAISONG SUNISA, Captain
JThe pitches conditions at J-GREEN Sakai were excellent, and it was a suitable environment for training as well. We were able to have quality training every day, and I would like to thank all the people who supported this camp. In the training matches, we strung passes deep from our own end and surged up to the front of the opponents’ goal a number of times, but we lacked the accuracy in our final plays. In order to be successful in the SEA Games, we need to improve the quality of our plays even further. We would like to hold a training camp again in Japan before the major tournament such as the one we are going to have. We will keep training and hopefully defeat the opponents we faced during the camp next time.

SEERAUM NAPHAT, Player
It was the first time since I played for Speranza FC OSAKA TAKATSUKI in 2013 that I came to Japan. The quality of the Japanese players hasn’t changed and was of high quality. In the training matches, we faced tough stretches at times. However, we created a number of goal-scoring chances as well. During the stay, we had a chance to meet CHANATHIP SONGKRASIN, who joined Consadole Sapporo from this summer. This was an inspiring experience for us. We will be training even harder and aim for the title at the SEA Games. 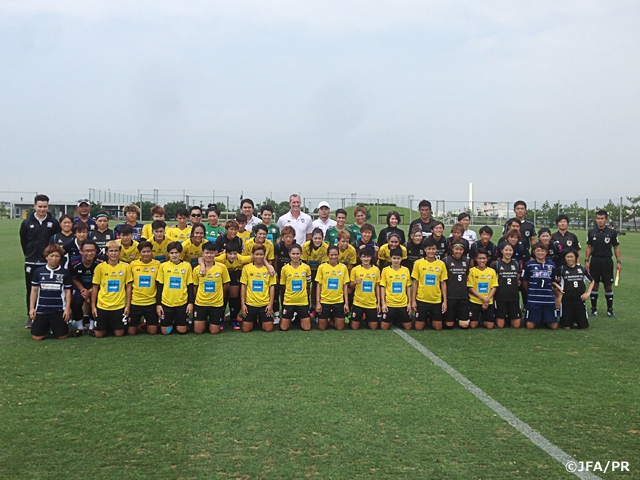