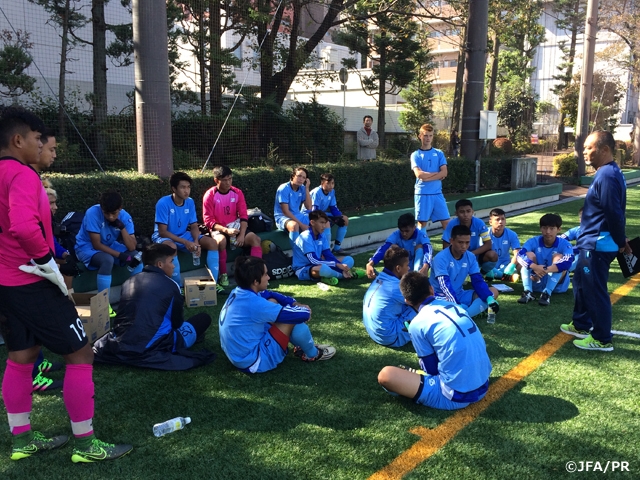 An Overseas dispatched Official JFA Licensed Coaches, the coach SEKIGUCHI Kiyoshi, led the U-17 Northern Mariana Islands National Team in their training camp in Tokyo from 2 to 7 November.

The team aimed to prepare for the qualifiers of the 2018 AFC U-19 Championship next year. Since Northern Mariana Islands’s players rarely have an opportunity to play against teams based abroad, they had seven training matches during their six-day stay. 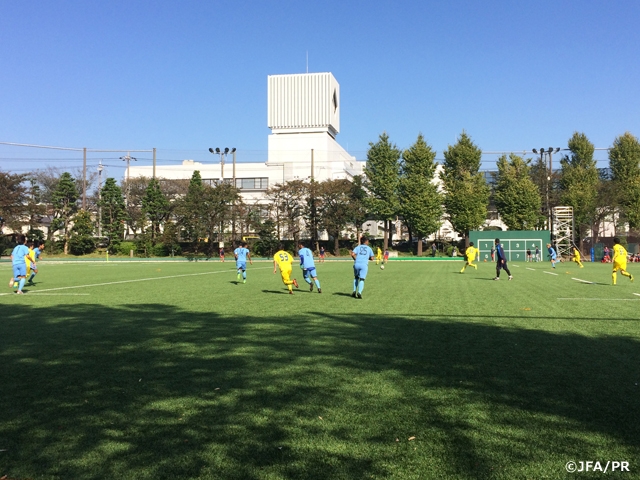 They experienced high-level games in Japan and discovered their strengths and tasks as a team. So the team could utilise these to plan their future development.

During the stay, team also watched a match between Urawa Red Diamonds and Yokohama F・Marinos in the final Sec. of the 2nd Stage in the MEIJI YASUDA J1 LEAGUE on 3 November. 56,841 spectators were at the stadium – more than the entire Northern Mariana Islands population of 50,000 the players were impressed with the colour of the stadium, which was covered red with supporters. They also attended the  qualifier of the 95th All Japan High School Soccer Tournament in Tokyo Prefecture, and had a productive time there.

SEKIGUCHI Kiyoshi, Coach
We experienced fact-paced matches, which we had never encountered in the Northern Mariana Islands before, in our first qualifiers of the 2016 AFC U-19 Championship last year. The championship came to an end for us too quickly and we suffered a painful defeat. We learned from that experience and decided to aim that ‘we will learn our current level and find the areas we need to improved within a year’ in this training camp, which is one year before the next championship.

This camp was really productive in terms of finding areas for improvement – ‘who marks the opponents in defence, when they position between the defenders’, ‘how to defend when the opponents switch positioning’, and ‘how to keep possession after intercepting’. The players discussed among themselves, establishing a clear theme for each game, which gave them a good opportunity to think proactively and solve problems. I’m grateful to the Japan Football Association and all the staff for supporting this training camp and organising practice games.

RELUCIO RYAN
I appreciate this great opportunity for the U-17 Northern Mariana Islands National Team. Since it’s difficult back home to play games against high-level teams in such an excellent environment like Japan, I learned a lot through these seven practice matches. Despite tough results, we discussed and discovered areas for that needed work in our after-game meetings. Then we prepared ourselves for the next game, and, by challenging ourselves in those areas, I believe we improved. I’d like to bring what we leaned here back to my country, and practice enthusiastically, so that we can improve both as individual players and as a team for the championship next year.

ANINZO CHIRISTOPHER
I’m very honoured that we had this wonderful opportunity and played against strong Japanese teams in an excellent environment. I’m grateful to people for supporting this training camp. We experienced many things in the five-day camp, which we couldn’t have asked for in the Northern Mariana Islands; it was a productive time. The matches were mentally and physically tough against fast and systematic Japanese teams. Having said that, we could find out what we need to do now for the future by playing against high-level teams. I’d like to learn from our experience, so that we can improve our team and raise the level of individual players. 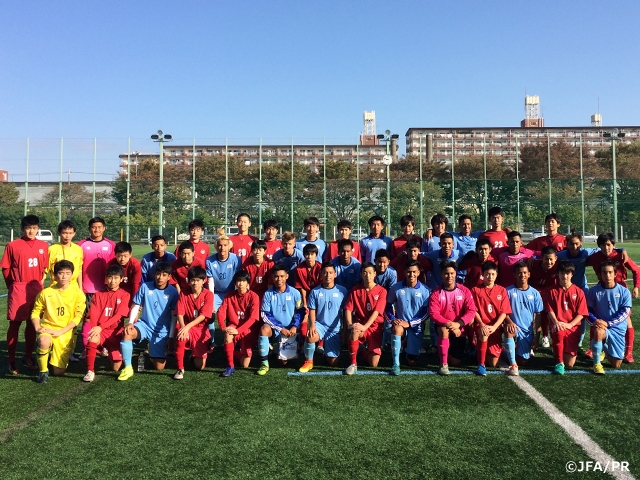