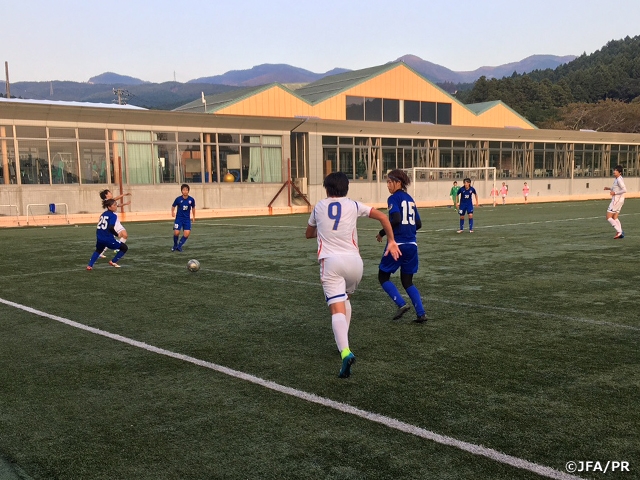 Two Overseas dispatched Official JFA Licensed Coaches, coach NAGIRA Masayuki and goalkeeper coach SUZUKI Daichi, led the Chinese Taipei Women's National Team in their second training camp of the year in Gotemba, Shizuoka, from 10 to 21 October. The team aimed to prepare for the EAFF E-1 Football Championship 2017 Round 2, which will be held from 6 to 14 November, and played seven training matches during their stay. 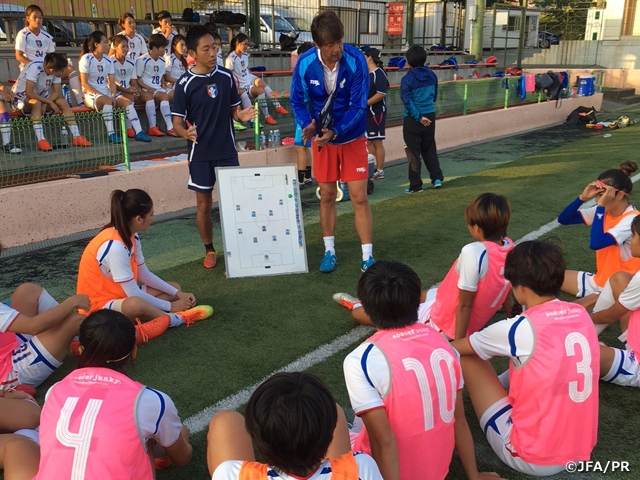 NAGIRA Masayuki, Coach
I would like to express my gratitude to all the staff at Tokinosumika Sport Centre and the Japan Football Association, who have supported this training camp, as well as Gotemba city officials, who came to the camp venue to encourage our national team. With the cooperation of the Chinese Taipei Football Association, we could hold two training camps at Tokinosumika Sport Centre this year. Since we qualified for the EAFF E-1 Football Championship 2017 Round 2 in November, we were aiming to improve the team during this camp in preparation for the tournament.

By playing against Nojima Stella Kanagawa Sagamihara, who had earned the title of the Plenus Nadeshiko League 2nd Division this season, and against Orca Kamogawa FC, who had won the Plenus Challenge League, I believe that Chinese Taipei national team’s players experienced what the momentum of a well-performing team looks like. We would like to prepare ourselves in the remaining few weeks before the start, so that we can show Chinese Taipei’s good performance to the Japanese people in the final round after getting through the EAFF E-1 Football Championship 2017 Round 2.

YU,HSIU-CHIN
We played seven training matches during this camp and experienced the strong performance of the Japanese players. In the match against Nojima Stella kanagawa Sagamihara, the opponent did not make any mistakes, showed high quality in basic skills, such as passing and controlling, and didn’t give away any opportunity for us to dispossess the ball. They also displayed tactics that I believe they had been practicing as a team and as individuals, even under pressure. Our tasks are to reduce careless mistakes, to finish attacks by taking shots, and to improve our defence. We could improve our weak points and learned a lot by playing against strong teams in this training camp. I would like to keep challenging for the coming championship.

LIN,YA-HAN
Compared to teams in the Nadeshiko League or Universities, I found that there is still plenty of room for us to improve physically, the accuracy in passing, amount of movement off the ball, and the level of individual skills. Japanese teams could perform well in one-on-one situations, and showed an understanding of teams’ tactics. I was impressed mostly by the opponent’s attitude – they were determined to win, but never forgot to respect others.

LAI,LI-CHIN
I am grateful I could come back to Japan as a Chinese Taipei national team player. I have learned different things in each training camp in Japan so far. We usually play training matches against men’s teams in Chinese Taipei. It was a great experience that in Japan we could play against women’s teams with speeds. I do hope we can continue to hold this kind of training camp abroad. Since the level of Asian women’s football is improving, we would like to continue practicing hard without giving up. 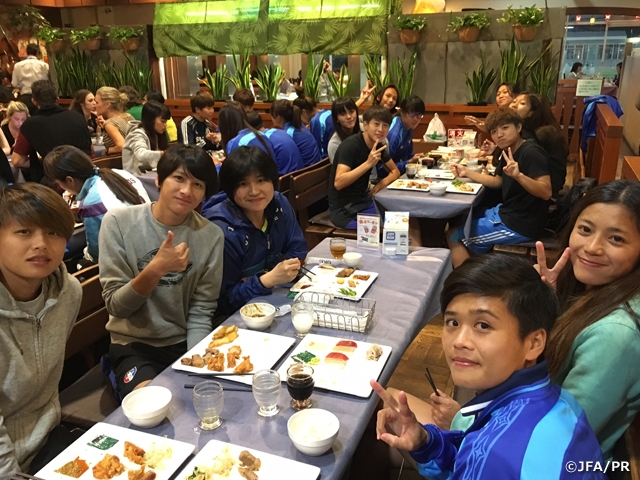