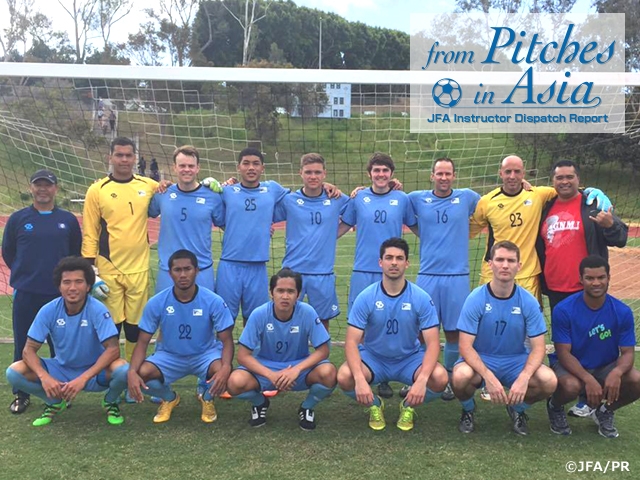 The fifteenth issue of “From Pitches in Asia,” reporting voices of coaches in Asian countries, is from Mr. SEKIGUCHI Kiyoshi, who has been working as Coach and Technical Director of the Northern Mariana Islands Football Association (NMIFA).

Since July 2014, I have taken up roles of the National Team Coach and Technical Director for NMIFA (known as Saipan Islands).  What I always keep in mind is that I  sit at the same table and work together with the local people. Not just bringing in the experience I got in Japan, it is very important to plan and execute the work by considering the national identity and its style of football according to the country or region.

As the National Team Coach, I took part with the team in the qualifiers of AFC U-19 Championship Bahrain 2016 and the AFC U-16 Championship India 2016 last year.  As we participate in the East Asian Cup qualifiers this coming July, I have been  focusing on the senior National Team and have training three times a week. Since the foundation of NMIFA in 2005, our National Teams have won only two times in international matches.

The first win was at EAFF U-15 Youth Tournament 2011 Chinese Taipei when our U-15 team grabbed a 2-1 win over Macau U-15, while the second win came when our senior National Team defeated Macau 2-1 at the Preliminary Competition Round 1 of the East Asian Cup Qualifiers in 2014. I was fortunately working as the coach in both matches and able to experience big joy with the players. Not only did I share such a tremendous joy and excitement that some of the players and coaches who cried loudly, it's also my lifelong treasure that I learned the attitude from the players that small nation is always willing to take on a challenge to a powerhouse.

As the Technical Director, I am deeply involved in a wide variety of programmes such as youth development, coach education, and promotion of football to raise the overall number of players. We have established the system of NEA (National Elite Academy) for senior graders in all elementary school students. NEA offers great opportunities for players for training who are selected in each elementary school on a regular basis after school.  It has created a flow to form the men's and women's U-14 national teams eventually aiming for the AFC U-14 Championships.

To improve individual skills and stamina, we also introduced  5-a-side game for all competition of U-12 age group this year. During daytime in our island, temperature go up over 30 degrees all the time and the players had a stamina issue.

On a big field, players off the ball do not to move very much. It has already two months into the season, but playing on a smaller field with fewer number of players have made the players move around like basketball and increased dramatically the amount of running and ball touches.

To get ready for the day that I leave this island some day, education of the next-generation coaches is also my important mission. NMIFA holds the special short-term coaching education courses (one-day or four-day courses) to first get the participants interested in coaching. 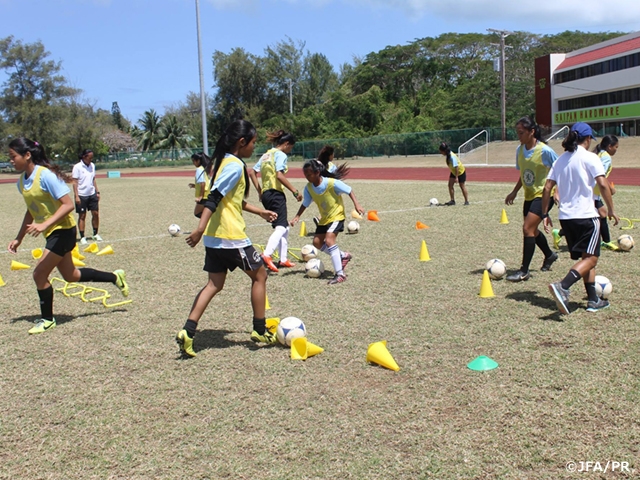 League matches use school fields of local elementary and junior high schools as well as the only athletics stadium of the island. The athletics stadium's pitch condition is not good since it is also used not only for national team training and league matches but also shared by other sports organisations. The unfavourable condition of the pitch raises a risk of injury, and because of their skill level, the players focus too much on ball controlling to play speedy football.

Having discussed with NMIFA President Jerry Tan since last year, we have a free use of a land granted by the government to build a long pile artificial turf field within this year. When the field is built, we can eye for a higher level of football.

Saipan Island is just 3.5 hours away from Narita Airport. For us not having many opponents, we want Japanese teams to visit the island and play against our National Teams and club teams. Five teams had come to the island last year and three teams already this year and played matches against our senior National Team. No matter what categories, we can set up a match depending on the level of your team. Come and visit Saipan! 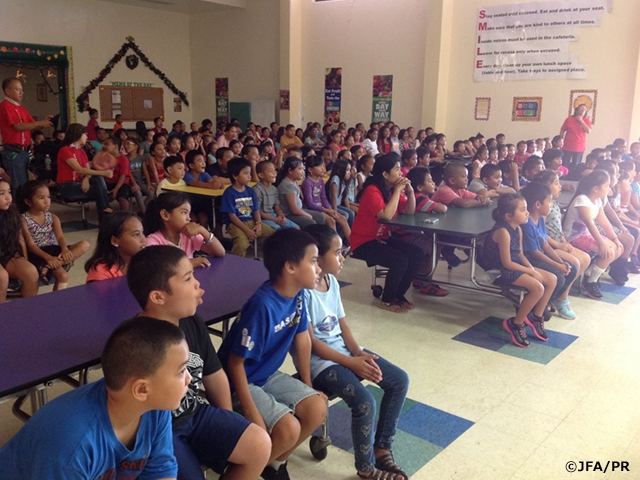