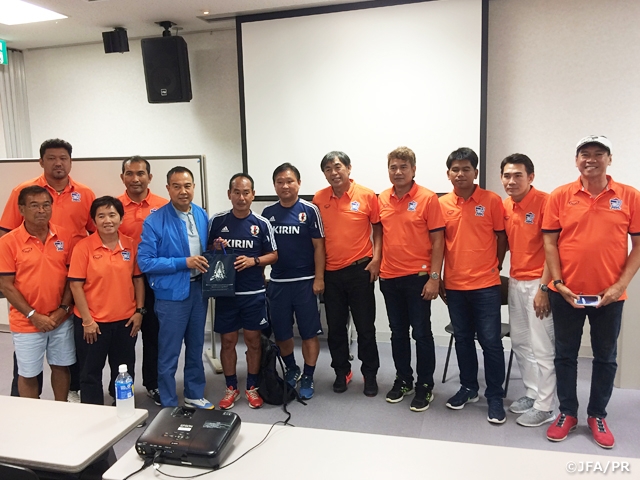 A group of 9 Thai youth coaches led by Thailand Football Association president Mr. Poompanmoung and its technical committee chairperson Mr. Laohakul had another day of studying the U-19 Japan National Team practice at J-STEP in Shizuoka on Wednesday 10 August, their third day in Japan.

Before the practice session, they attended the team’s video meeting, while, after the practice, the Thai coaches attended a lecture done by the team’s coach Mr. UCHIYAMA and the youth director Mr. KIMURA on the workout objectives, team concepts and overall insight of Japan’s youth development. Then they had a discussion for themselves planning to incorporate the learning from Kawasaki Frontale and U-19 Japan National Team into their own activity.

On the following day, Thursday 11, they watched two matches of the SBS Cup 2016; Shizuoka Selection team against Slovakia, and Japan against Costa Rica. The Vice Mayor of the Fujieda city Mr. KURITA Takao and the Football Town Promotion Section manager TOTSUKA Yasunari paid a visit between these two matches to greet President Poompanmoung and Chairman Laohaku. They cheerfully talked about future potential partnerships between the city of Fujieda and the Thai National Teams. 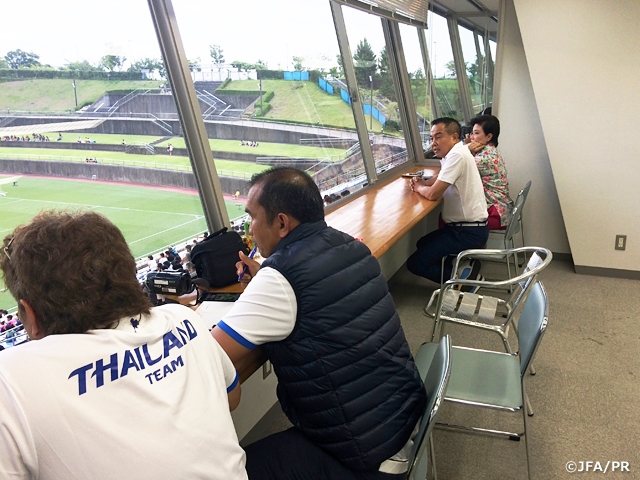 The last day of their stay, Friday 12, had a short stretch of Tokyo sightseeing in the morning and the flight back home in the afternoon. The Thai coaches always exchanged positive opinions on how they can take advantage of Japan’s practice methods and team management style they had just observed in this 5-day intensive trip. The partnerships between the JFA and other football associations in Asia will continue for the development of football in the continent.

MR.CHAIYONG KHUMPIAM
During this trip, I have learned a variety of coaching methods and philosophies. I want to go to my team as soon as possible and share what I learned with Thai players.

MR.WORRAWOOT SRIMAKA
One of the most meaningful things was that I got to learn how Japan approaches to football. Soon after I go back to Thailand, I will reorganise my learnings into what we can do immediately and what we take time to gradually correct. Then we want to keep working hard to catch up with Japanese football as soon as possible. 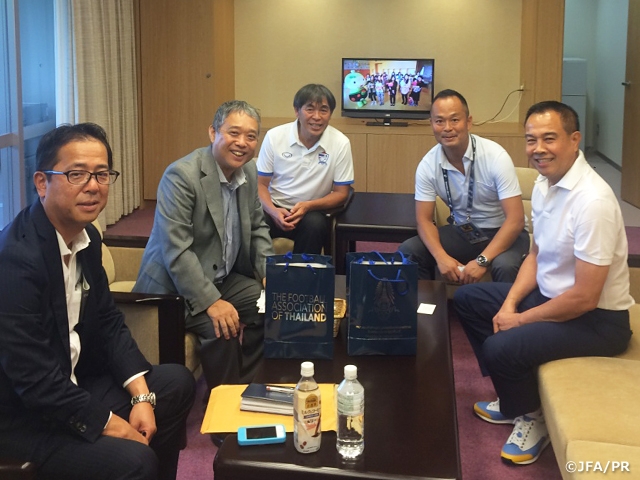