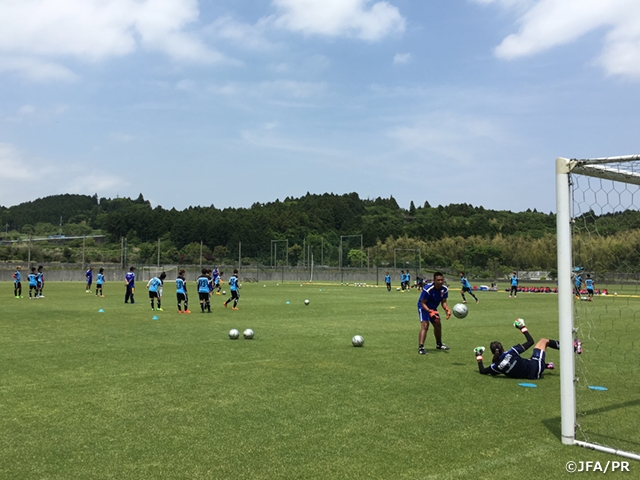 The team also enjoyed themselves off the pitch by having a get-together with NAGIRA Masayuki, the coach of the Chinese Taipei Women's National Team, and SUZUKI Daichi, the team’s goalkeeping coach, visiting to the World Heritage Site Oshino Hakkai , and experiencing making soba. 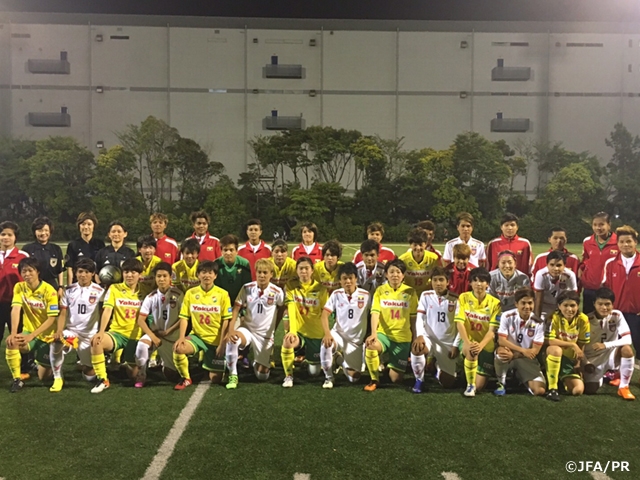 Roger Reijners, Coach
The aim of this training camp was to get ready for the coming ASEAN Women's Championship in Myanmar in July, so that we can get good results. There are only a few women’s football teams in Myanmar, and the players mainly practice in the national team. As a result, the team played only 15 matches in total last year, including both official and practice ones, which didn’t give us enough match experience. This training camp was extremely productive for those players, as they played many training matches. The result of training matches was unfortunately three losses and two draws. However, all the practice in an excellent environment and training matches against strong teams gave the players so much stimulation. I would like to give them similar opportunities in the future.

Aung Naing, Assistant Coach
The environment at Tokinosumika was far better than the one at the training facility in Myanmar. The condition of the natural turf was excellent, and the hotel was surrounded by greenery, which let the players concentrate only on football. I really appreciate all the staff for supporting the players at the training camp without much stress. We played five training matches during our 20-day stay. The skill of Japanese players with the ball was excellent. I believe playing against unusual teams and players had a positive influence on us.

Wai Wai Aung (Captain)
We played five training matches. I was impressed with the high-level skills of the Japanese players and also with their techniques on the ball. We had an opportunity to watch the practice session of elementary school-age players at the JEF United’s training ground. As they are coached from an early age, they acquire the basic skills, which lead to the Japanese strength of high-level technique. I was very impressed, but at the same time felt a little jealous. There are only a few club teams in Myanmar. So I learned all the tactics and techniques in the national team. It was great opportunity for us to see some different football. I would love to come back to Japan whenever I can.

Khin Marlar Tun
As it was my first time to come to Japan, everything was new to me. Among everything, I was truly impressed with the quality of the environment and facilities for football. We could concentrate on our practice on a well-maintained natural turf, with excellent food and support from the staff. Thanks to the good weather, which was not as hot as in Myanmar, it was perfect condition for us to adjust ourselves. In terms of football, there was a lot to learn from Japanese football, including systematic strategies and high-level individual skills. It was a very good experience. Thank you so much. 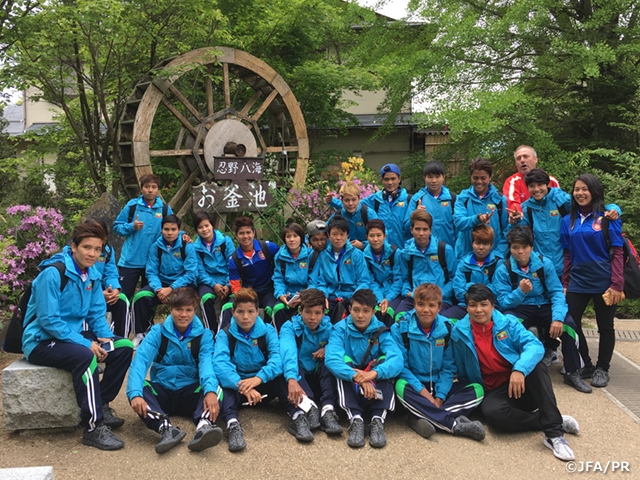