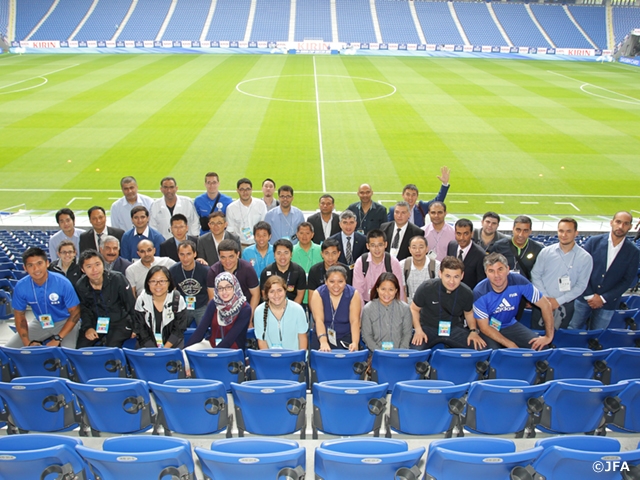 Together with The Japan Foundation Asia Center, the Japan Football Association (JFA) has hosted “JFA International Administration Course” together from Tuesday 7 to Saturday 11 June. The objective of the programme is to share practical knowhow with the countries belonging to the Asian Football Association (AFC) with regard to marketing and event management in football. 42 officials from 22 different football associations belonging to the AFC are participating in the inaugural implementation, which is taking place in Osaka and Tokyo. 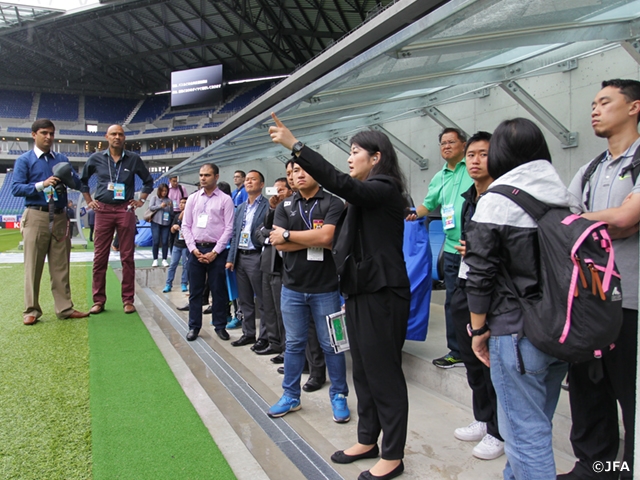 The first day on Tuesday 7, the participants visited Suita City Football Stadium, which was scheduled to host the KIRIN CUP SOCCER 2016, before taking a seminar in J-GREEN Sakai. In the evening, they watched the KIRIN CUP final between SAMURAI BLUE and Bosnia and Herzegovina.

The participants experienced and learned the difference between their stadiums and Suita City Football Stadium in regard to its operation and facilities, inspecting the press conference room, locker rooms, pitch and VIP area, which are specifically prepared for international matches. In the following lecture on JFA Academy and coach development, a JFA lecturer spoke on JFA's organisational objective and a means to achieve the goal with plenty of questions in a lively discussion among participants.

They will move to Tokyo on Wednesday 8 as seminars are to be held for each section at JFA House on Thursday 9. 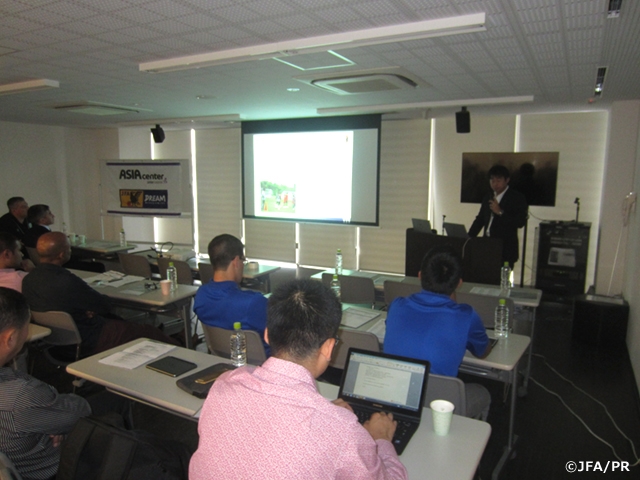 Schedule of the Course

Liang Chen Chen (Chinese Taipei Football Association)
I'm honoured to have an opportunity to see the preparation stages for an international match at one of the great Japanese stadiums. I will make an effort to build such a great stadium in Taipei. The seminar also has a lot to learn. I'm looking forward to the next ones.