HOME > CSR > Selection > NEWS > “Putting yourself in someone else's shoes, and interacting with the children with compassion” 10 years since the Great East Japan Earthquake – Relay Column Vol.10

“Putting yourself in someone else's shoes, and interacting with the children with compassion” 10 years since the Great East Japan Earthquake – Relay Column Vol.10 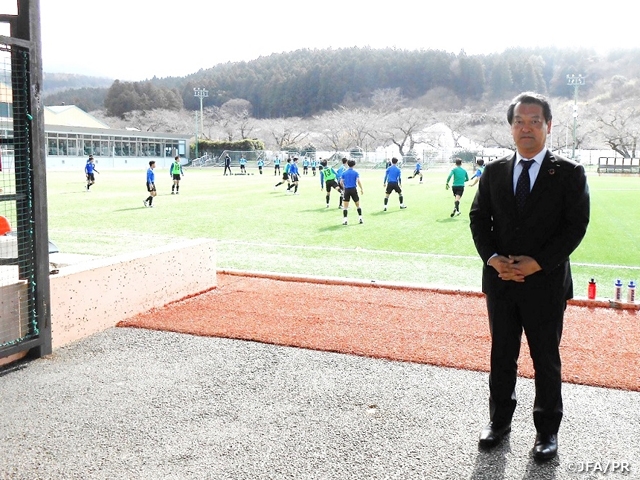 The 10th column will be based on an interview conducted with Mr. SHOJI Masafumi, CEO of Tokinosumika Co., Ltd. in Gotemba, Shizuoka, who accepted the JFA Academy Fukushima after the Great East Japan Earthquake. 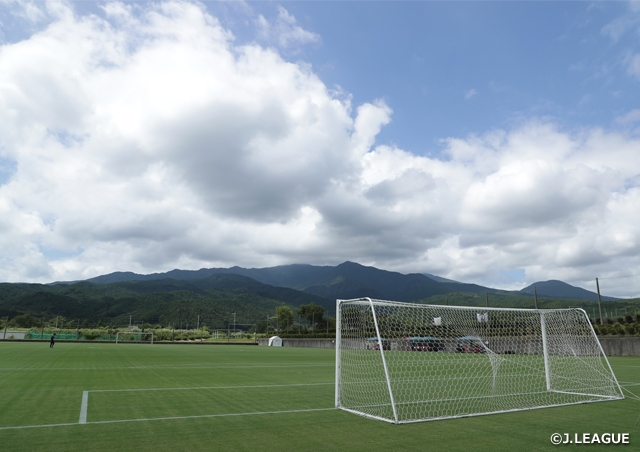 March is the time of the year when many companies and organisations have already fixed their schedules for the upcoming fiscal year starting in April. That was when the story came in. Shoji, who was the Senior Executive Director of Tokinosumika Co., Ltd., remembers the exchanges he had made at the time. “I think it was just about a week after the earthquake. Mr. TASHIMA Kohzo, who was the JFA Vice President at the time, asked me, ‘can you accept the children of JFA Academy Fukushima?’ I think this was on 19 March.” Tokinosumika is an integrated resort facility equipped with various facilities such as hotels, restaurants, and sports facilities, including football pitches. And the company shares a deep history with JFA. Long before the World Cup in France, where Japan made its first appearance at the World Cup, the Japan National Team had a history of holding training camps here.

The new fiscal year was about to start in April, and they had to prepare the environment in such short notice. It was a highly responsible mission that requires the acceptance of all 125 academy students. There were tons of problems that needed to be solved, such as lodging, meals, training fields, and how to transfer the students to their new school before April. “It was during spring break, so there were many customers using our football facility at the time, but with the understanding of our customers, we vacated the room and secured accommodation space for the academy students.” At the time, Tokinosumika had about 90,000 to 100,000 customers using the football facility annually. Since there were not as many hotel facilities as they have now, the football facility was a very important facility for Tokinosumika in terms of their management. Therefore, four academy students shared a room during the weekdays, while they had to share a room with seven or eight students during the weekends, when the facility was occupied with other customers, and this situation lasted about half a year.

On the academic side, local schools offered to host the students and provided tremendous support. 62 junior high school students were transferring from Fukushima. It was already passed 20 March when it was decided that they were moving to Gotemba. At this time their host school, Fujioka Junior High School had already completed the class formation for the new year, but they redid the process. In addition, the alumni donated their bags and jerseys for the academy students, because they had left everything behind in Fukushima.

With the cooperation of many people, the academy students were able to welcome the new school year on 6 April. In addition, inter-prefectural transfer of high school students was also allowed, which was thought to take time under the conventional system. A discussion was held between the governor and deputy governor of Shizuoka and Fukushima prefectures, and the superintendent of education. As a result, a satellite school was set up within Mishima Choryo High School in Mishima City for the academy students who attended Tomioka High School in Fukushima. This all took place within three weeks after the earthquake. Difficult problems that initially seemed impossible were steadily resolved with the efforts of many people. “I think there were various coincidences in this. Mr. OMURA Shinichi, who was the Deputy Governor of Shizuoka Prefecture at that time, was a one-year junior of Mr. UCHIBORI Masao, who was the Deputy Governor of Fukushima Prefecture, during their time at the Ministry of Home Affairs (currently Ministry of Internal Affairs and Communications). Maybe that made the talks go smoother. What I felt most was the strong intention that they had to do something for the children. Only because of those various factors, we were able to setup the environment within a short period of time.”

Shoji has an unforgettable sight. It was when the academy students first came in April. “After experiencing the disaster, they fled to Gotemba. They must have been hurt inside, but they all acted brighter than I expected. When they were first gathered at the dormitory, KANEKO Shota, who is currently plays for Shimizu S-Pulse, said, ‘This might be inappropriate, but I can’t stop smiling.’ I think he was just happy to meet his friends who he thought he may not see anymore.” An elite group of football players, including national team players in the under category. Many of the students at Fujioka Junior High School were perplexed by the fact that many academy students were transferred to their school. Over time, that anxiety turned into a sense of companionship. Academy students also actively participated in events such as rice farming and festivals, and blended in with the local community. In terms of football, Gotemba City and Susono City were each registered as the hometown for the boys’ and girls’ team, respectively. With the support of each town, both teams have now become the face of each town.

It's been 10 years since the academy students were accepted at Gotemba. Currently, none of the students know the life of Fukushima. Nevertheless, it is planned that boys will make their return to Fukushima in April of this year, while the girls will return in 2024. “I am very saddened by it. I knew they had to go back to Fukushima someday. We will continue to provide our full support for the remaining two years.” When accepting the academy students 10 years ago, Chairman SHOJI Kiyokazu, who was the CEO at the time, brought up Mencius's words, “The feelings of compassion,” and asked his staffs to interact with the children with compassion. It means putting yourself in someone else's shoes. People with the same aspirations in the same environment have closely watched the growth of the youths. “Especially for the owner, they were like his grandchildren, so he was happy just because they were there. We were also energised by interacting with young people too.”

It was an unexpected relocation from J-Village due to an unfortunate event. The encounter was a result of an emergency. However, it could be said that for many academy students, Tokinosumika in Gotemba is undoubtedly JFA Academy Fukushima. 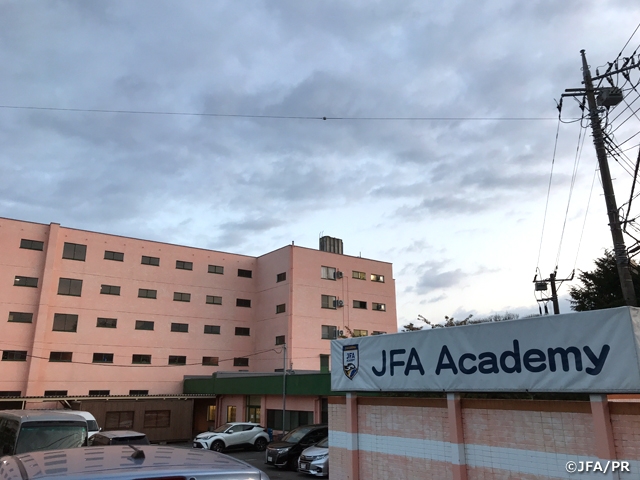 HOME CSR Selection NEWS “Putting yourself in someone else's shoes, and interacting with the children with compassion” 10 years since the Great East Japan Earthquake – Relay Column Vol.10