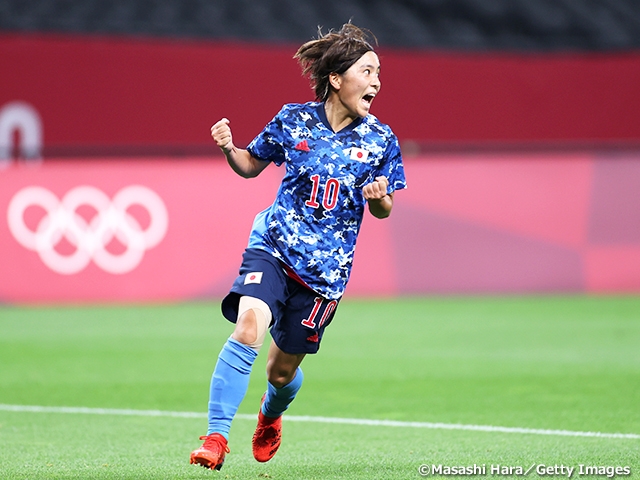 On Wednesday 21 July, the Nadeshiko Japan (Japan Women’s National Team) played their first group stage match of the Tokyo Olympics against the Canada Women’s National Team at Sapporo Dome, Hokkaido. Facing the Canadian side who is ranked eighth in the world, Japan drew 1-1 to walk away with a point. In efforts to prevent the spread of COVID-19, the match was played without spectators, making the sounds of the players, passes, shots, and physical contacts echo through the empty stadium.

The match started with Canada taking the initiative through their quick and aggressive pressure. The opening goal came in the sixth minute, when Nichelle PRINCE broke down the right flank before sending a cross towards the centre, allowing Christine SINCLAIR to score her 187th international goal in her 300th cap.

Trailing by a goal, Japan shifted their formation to allow their ace IWABUCHI Mana (Arsenal) to possess the ball in the midfield. However, the Canadian defence led by Kadeisha BUCHANAN showcased a solid performance to keep the Japanese attackers at bay. 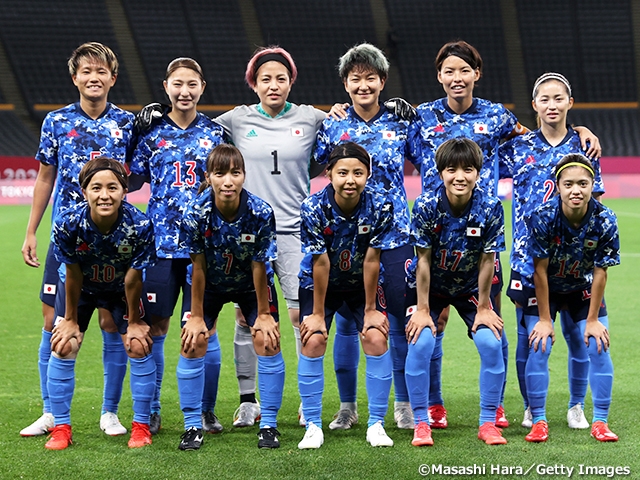 After being introduced to the match during halftime, TANAKA Mina (INAC Kobe Leonessa) responded to an early cross delivered by HASEGAWA Yui (AC Milan) in the 47th minute. The striker ran into the box and collided with the Canadian goalkeeper Stephanie LABBE. Although the initial call was given to Canada, the ruling on the field was overturned by VAR, giving Japan a PK. However, Labbe came up big to save the spot kick taken by Tanaka to keep the clean sheet intact for the North American side.

With both sides making desperate efforts to score the next goal, Japan almost conceded the second goal in the 60th minute, but the play was called offside. In efforts to change the dynamics of the match, coach TAKAKURA Asako brought in ENDO Jun (Nippon TV Tokyo Verdy Beleza) and SUGITA Hina (INAC Kobe Leonessa) in the 62nd and 76th minute, respectively, adding more layers to the Japanese offence.

Japan continued to struggle to find ways to score the equaliser, but the golden moment came in the 84th minute, when Iwabuchi responded to a long feed delivered by Hasegawa. Despite being chased by two defenders, the Japanese ace struck a shot with her first touch to sneak the ball into the near corner of the Canadian goal.

The two teams went back and forth during additional time, which lasted eight minutes, but the match ended in a 1-1 draw.

Despite conceding the opener in the early minutes, Japan managed to walk away with a point. They will now face Great Britain in their second match, an opponent who has won 2-0 over Chile on this day. The tournament also saw an early upset, as the tournament favourite USA lost to Sweden 0-3 in their first match. The match between the Nadeshiko Japan and Great Britain Women’s National Team is scheduled to kick-off at 19:30 on Saturday 24 July at Sapporo Dome. 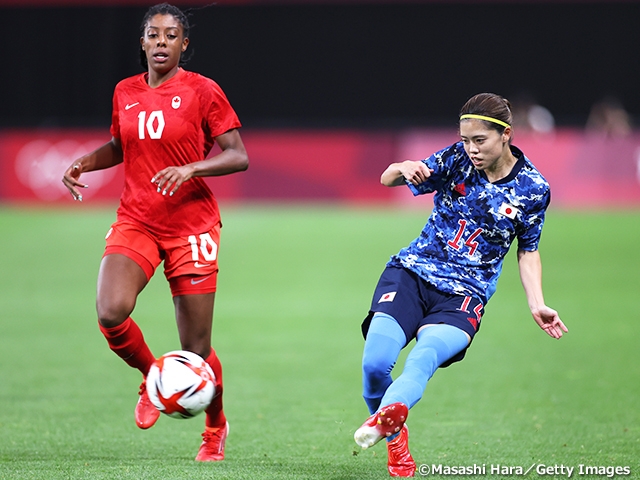 TAKAKURA Asako, Coach of Nadeshiko Japan (Japan Women’s National Team)
Although the Olympic Games are being held during difficult times, we were able to play our first match. I would like to express my gratitude to everyone who has made this possible. Although we entered the first match with the intention to earn three points, we struggled to find our rhythm after we conceded the opener in the early minutes. We were able to pick up our pace after the players made the necessary adjustments in the second half, which led to the equaliser scored by our ace. We are striving to improve ourselves through each match, so we will take this draw as a positive result and prepare ourselves in the best way possible to showcase a better performance in our next match. 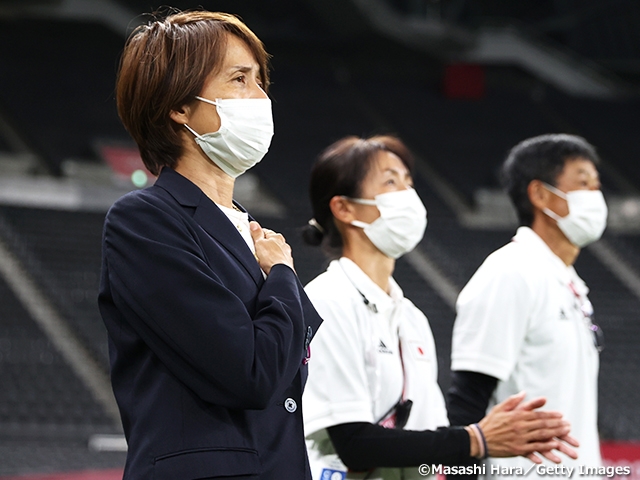 DF #4 KUMAGAI Saki (FC Bayern Munich/Germany)
We made it a tough on ourselves after we conceded the opening goal in the early minutes, and this match reminded us how difficult the first match can be in a tournament. The scene where we conceded the goal could have been prevented at an earlier stage. But we knew entering the match, that this was going to be a tough match, so we should be happy that we were able to walk away with a point. There are not many things we can do in the next couple days, but we will try to do everything we can to improve our odds of earning three points in our next match.

MF #6 SUGITA Hina (INAC Kobe Leonessa)
We faced an uphill battle after conceding the opening goal, and it was frustrating watching from the bench. It felt like we needed to play with more confidence and be more aggressive. We hope to learn from this match and prepare ourselves so that we can showcase a better performance against Great Britain.

FW #10 IWABUCHI Mana (Arsenal/England)
After we conceded the opening goal, I tried to tell everybody that we still have plenty of time. Everyone was very vocal on the pitch, and although the match was played without the crowd, it allowed us to receive more energy from our bench. In the scene when I scored the goal, the scouting report helped me make that run, and it was a goal scored by a total team effort. We are not satisfied with this result, so we will give our best efforts to deliver a win to our fans in our next match.

FW #11 TANAKA Mina (INAC Kobe Leonessa)
The opponent’s defence line was very solid in the first half, but I was expecting the match to open up in the second half, so I was anticipating for my chance to make runs. I was determined to convert the PK, so I told Iwabuchi-san that I wanted to take it. It was a match we could have won if I scored that goal. We must accept this result and try to stay positive to win our next match. 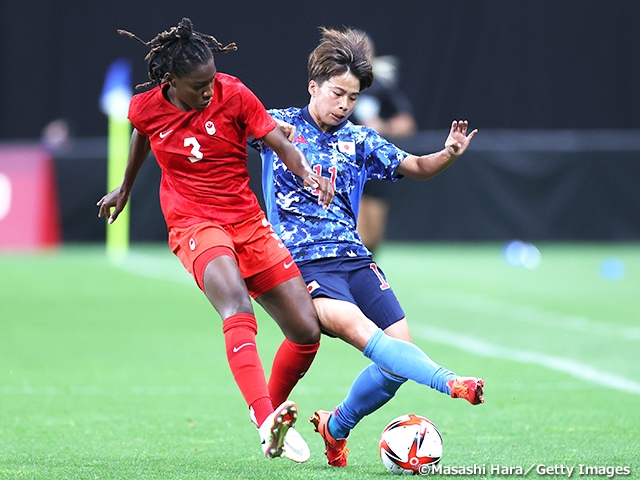