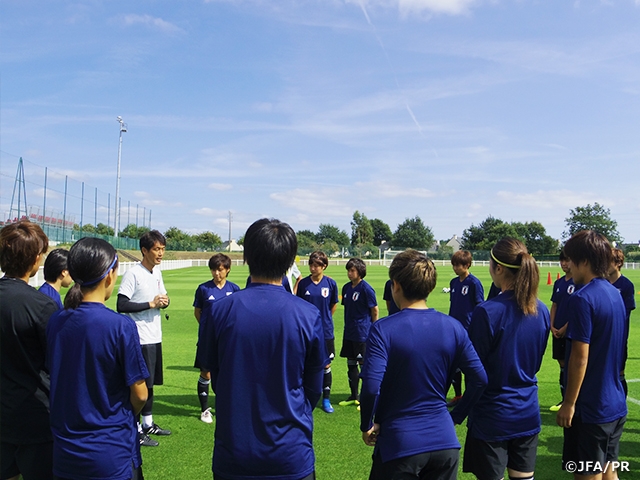 After securing their spot into the knockout stage of the FIFA U-20 Women's World Cup France 2018, the U-20 Japan Women's National Team arrived at their next match site, Vannes on Tuesday 14 August. The team conducted a light recovery menu on this day, followed by a two-part training session on the following day, Wednesday 15. The morning session of the two-part session saw the team being divided into two groups, where one half conditioned themselves at the hotel, while the other half trained on the field. The players training on the field were seen going through passing, ball control, and drills simulating the offence and defence in front of the goal. The session concluded by playing a 3 vs 3 scrimmage with a freeman. The afternoon session saw all the players gathered on the field, as they went through drills to get the feel of the ball, 8 vs 8 plus 2 freeman positioning drills, and going over their combinations in their build-ups. 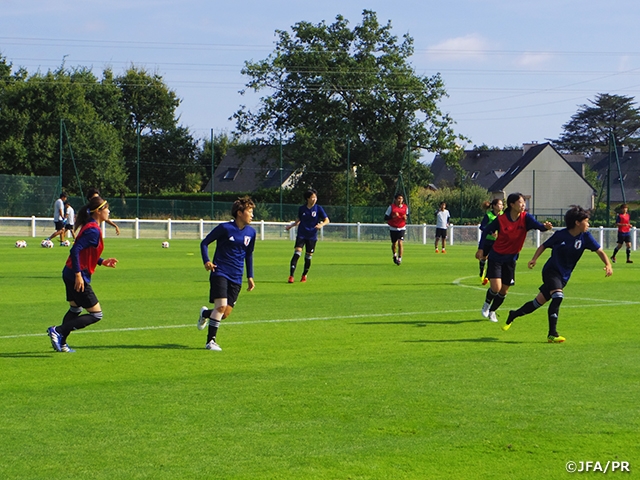 DF #3 TAKAHIRA Miyu (Mynavi VEGALTA SENDAI LADIES)
In our match against Paraguay, we focused on our first touches and it helped us enter the match smoothly. We hope to stay relaxed and enjoy ourselves while we display our style of football. We will face a very strong team as our next opponent, but we will continue to showcase what we have been working on and communicate with each other. I hope I can play my game and help my team win the match.

MF #8 FUKUTA Yui (INAC KOBE LEONESSA)
Within the limited time we were given, I feel like we have been able to prepare ourselves well ahead of the Paraguay match. When the team’s vibe is positive, we can carry that into our match to create momentum. Our time together as a team is limited, so I would like to cherish the reaming time we have and play to the fullest. 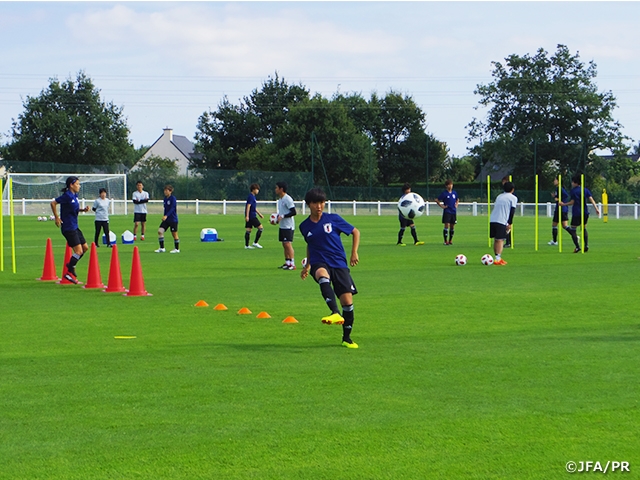